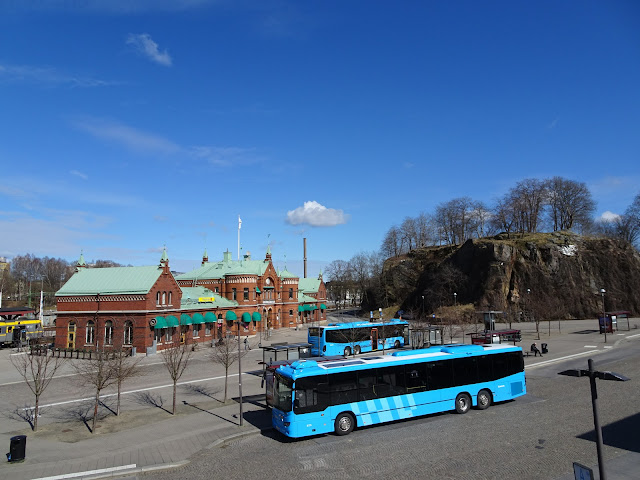 Good Friday came with Good Weather - blue sky, and "spring in the air".

I decided I wanted to go for walk somewhere a little bit different from where I usually go, so at the railway station (above) I crossed the road bridge over the tracks, and on the other side turned left, to get to the little lake near our museum park. (The museum buildings are  up on the hill across the lake - hidden by trees in the photo below). 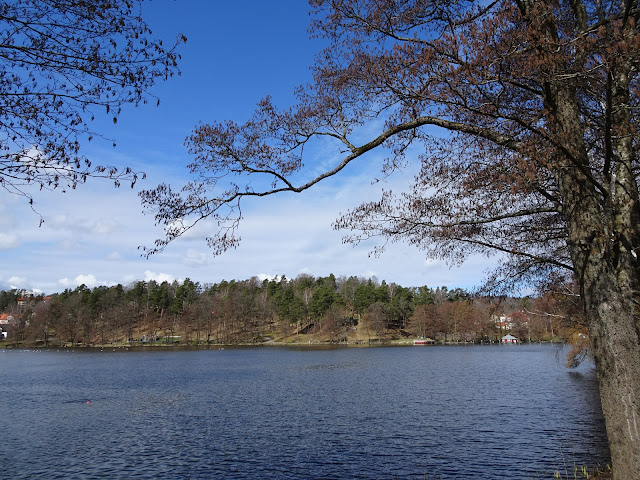 Originally, I had in mind to perhaps walk around the lake - but when I got there, I decided against it, because of.. 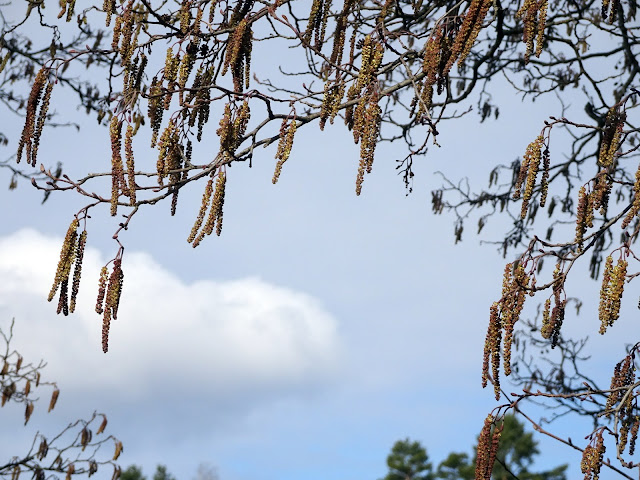 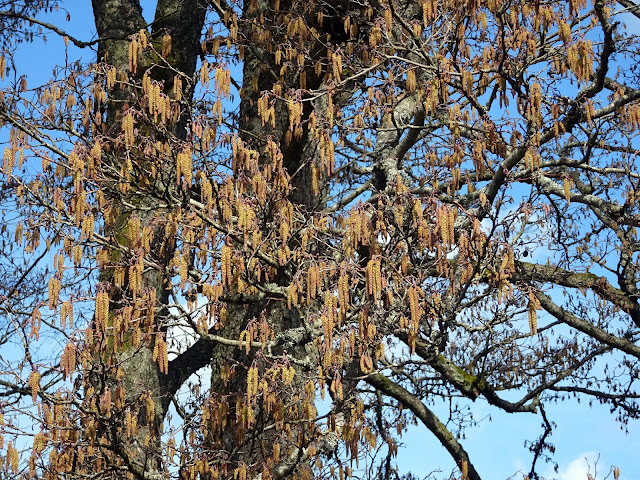 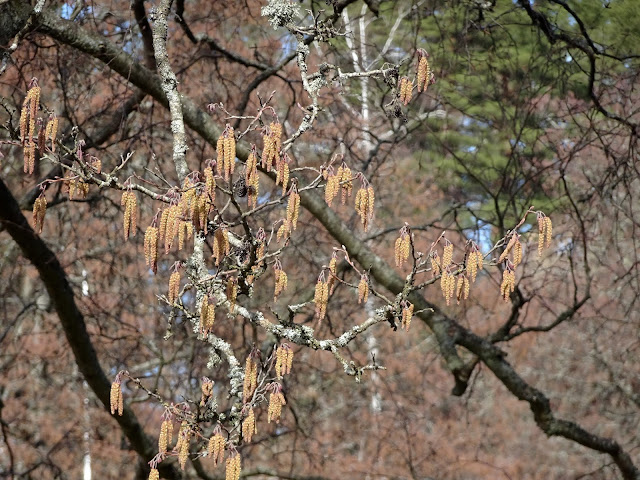 So, I decided that just continuing along the side of the lake where I already was, would probably give me more than enough of that stuff to inhale... 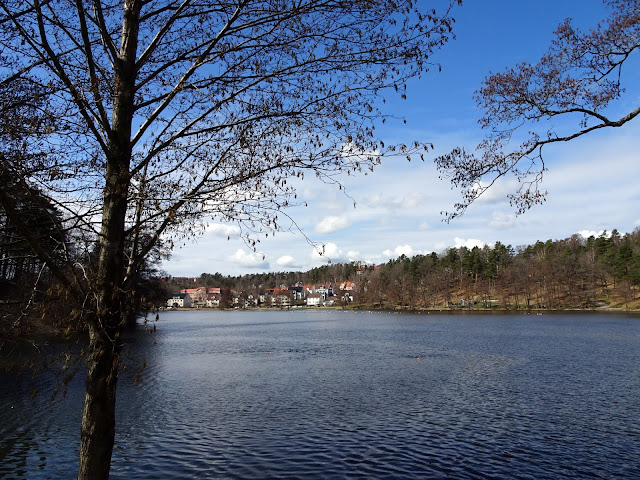 .... but would still provide an opportunity to snap some views with the camera... 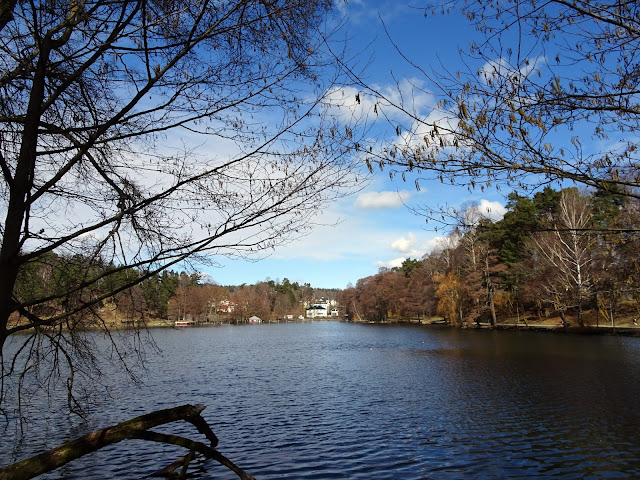 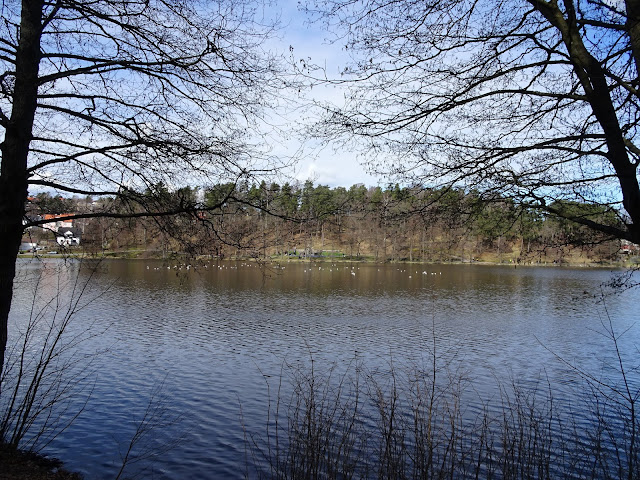 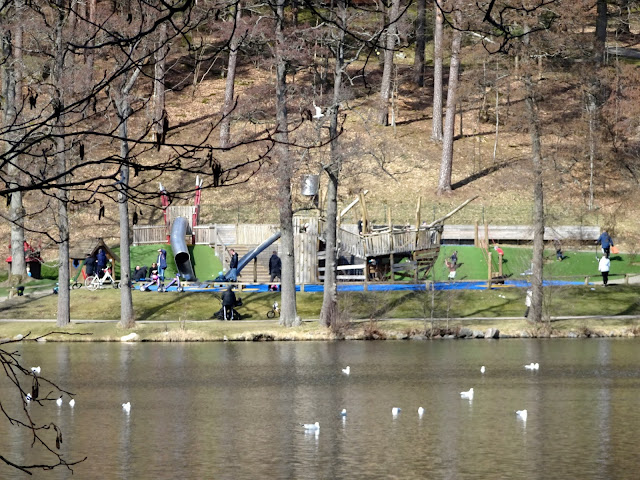 Zooming in the playground on the other side of the lake, and the seagulls swimming in the water. Flocks of gulls always come here (inland), from the coast, along the river, this time of year. They can be a nuisance sometimes; but to me, they're also a sure sign of spring. 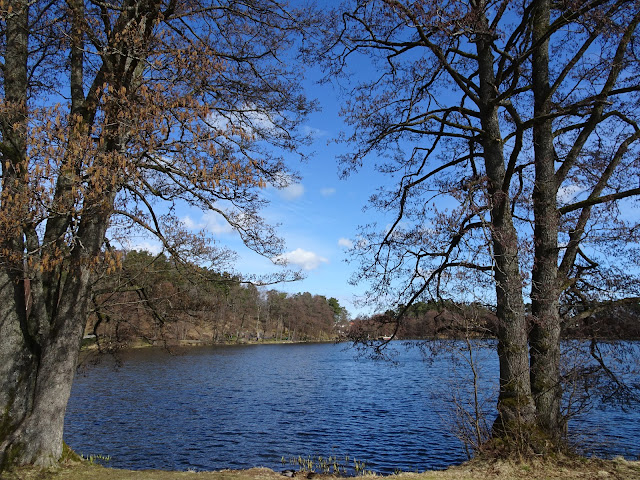 I've reached the southern end of the lake now. 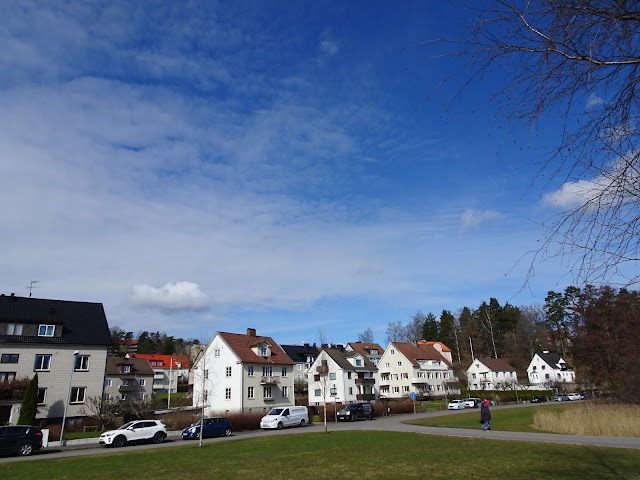 Instead of rounding the lake, I took another way back home. More photos in another post.

Posted by DawnTreader at 21:33