There are very few photos of horses in my old photo albums, and even fewer of people riding one. The only one that comes to mind is this photo from my grandfather's album, with the subtitle "On horseback. Kviberg 1925". Kviberg was a Swedish artillery regiment in Gothenburg. Obviously this is where my grandfather did his mandatory military service. In 1925, he was 21 years old - the common age for conscription back then. 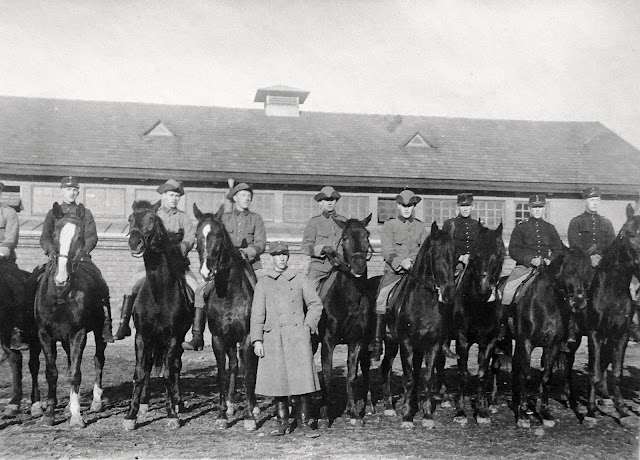 Who among the men on horseback is my grandfather? I know he must be one of the four in the middle, because there is another photo of him in that kind of uniform (but no horse): 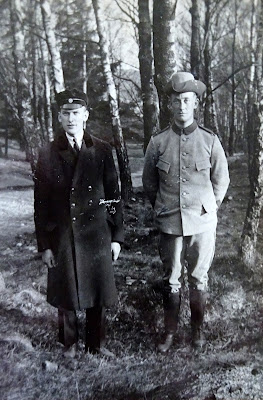 My grandfather to the right,
a friend of his to the left.

I'm hesitating whether my grandfather is the 2nd or the 4th man wearing that kind of hat in the "horseback" photo. Hard to tell as one face is rather blurry, and the other has his hat pulled down over his eyes. Both seem to have the kind of oblong face that my grandfather had. 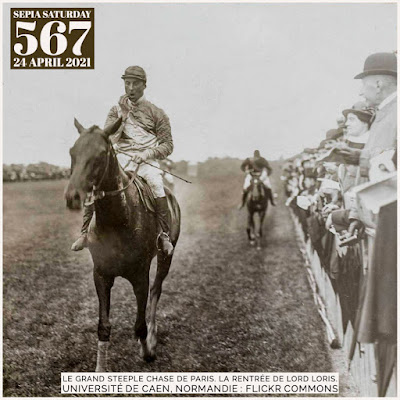 Posted by DawnTreader at 12:00