The prompt picture for Sepia Saturday 566 is of a "living room with grand piano". This made me go looking for pianos in my own childhood photo albums. I can't recall any "grand" pianos from back then, but I know there was a piano in my maternal grandparents' living room. It was an upright black one, and I remember it well, but I don't seem to have any photo of it. In my other grandparents' living room (which was smaller), there was a small pump organ (harmonium). I have no photo evidence of that either - the images of it are only stored in my brain. And who used to play it (besides me, at a very young age) I don't know. I don't think I ever saw my grandmother or grandfather use it, and I can't recall ever seeing my father play either.

The only piano photo I find in my album from my early years is from my father's uncle's living room, Christmas 1957. This is me, 16 months old, playing a duet together with my mum, and then a solo performance. (Be thankful that there is no sound!) 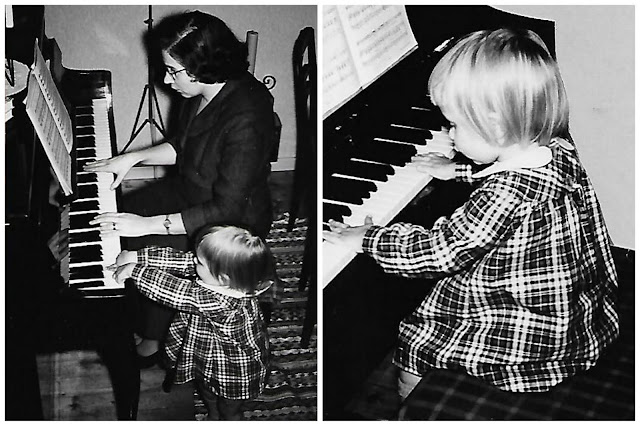 When I was around ten, we moved to a bigger house, and then my parents also bought their own piano. Mum did play a bit (as can be seen above). I took (was forced to take) piano lessons for a while (grade 4-6), but I never had any natural talent for it. My brother did inherit the musical gene, though. Below is a blurry photo of him at the family piano, about six years old at the time. Unlike me, he kept on playing; switching to electronic keyboards up in his teens, and combining that with various intricate computer programs to produce all kinds of sounds. (Put me at a piano now, and I'm no better than at age 1½ ...) 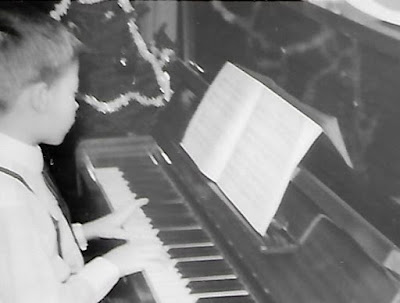 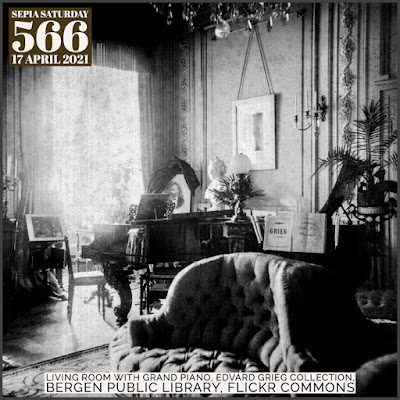 Posted by DawnTreader at 18:51