After The Storm - or Here We Go Again 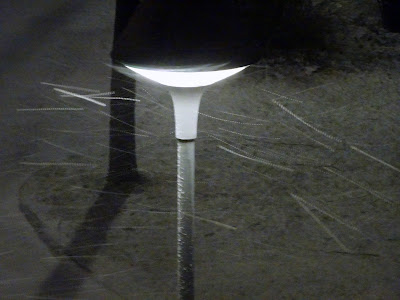 This week we had a rain/snowstorm, resulting in very icy and slippery streets, causing problems for traffic on the big roads as well as pedestrians in town. Today at least the wind had calmed down a bit. One still has to watch one's steps though, as it's still icy here and there, and also lots of branches on the ground from the storm.

I went for a walk in the old cemetery nearby; keeping my eyes on the ground and watching my own feet carefully, but stopping here and there to look up and let the camera have a bit of exercise as well. I was reminded of Meike's post from a couple of days ago. Her hike was a much longer one and in more dramatic terrain - but I think she'll probably be able to guess the connection made in my head.

Starting with some photos taken from one and the same spot, turning in different directions. 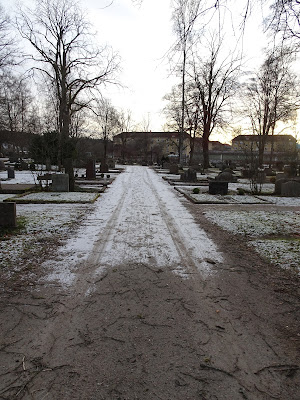 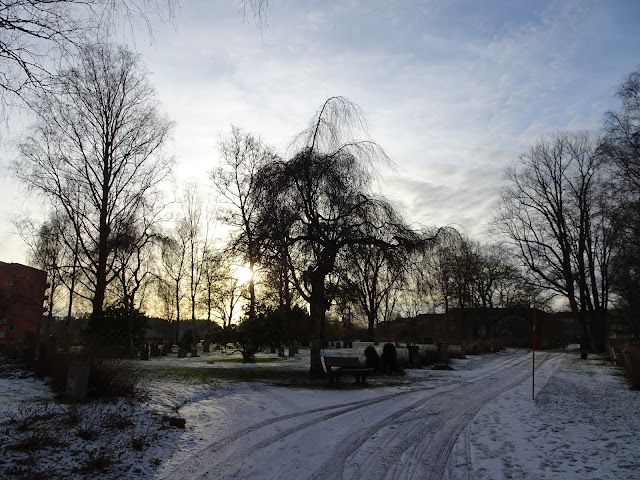 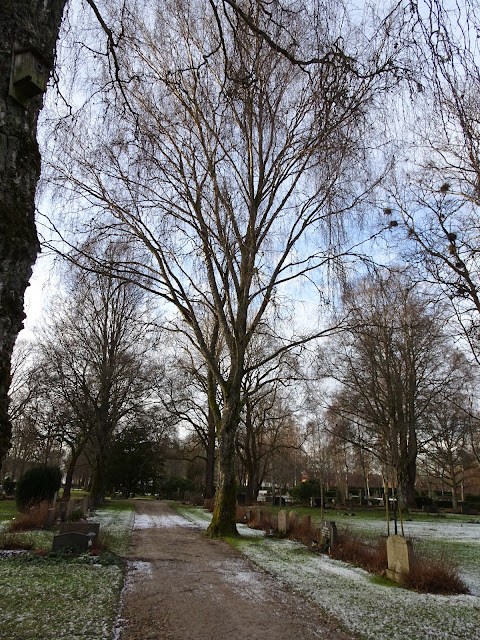 You've probably got it by now: What mystified me was that while there was quite a lot of snow and ice on the ground in some places, there were also large patches of almost bare ground in between. I guess the reason must be a combination of strong winds, temperature hovering around freezing point, and perhaps also sun vs shadow (after the rain/snow had ceased). But it does look rather odd! 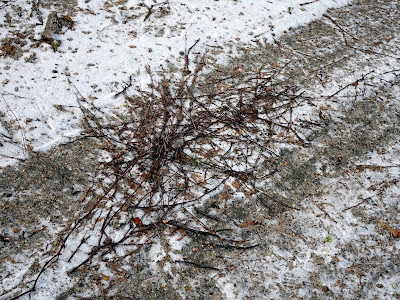 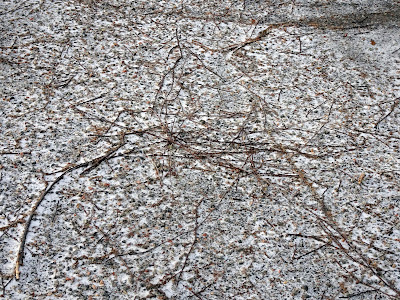 Twigs blown off from the trees, some loose and having blown around, some frozen into the snow/ice and forming various intricate patterns.

Some bigger branches broken from tall trees as well: 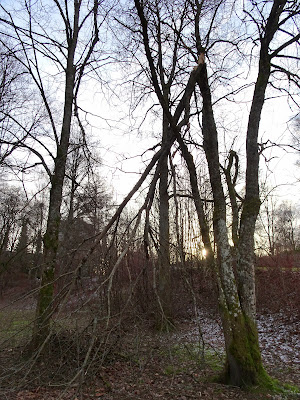 Down by the river, no snow at all to be seen: 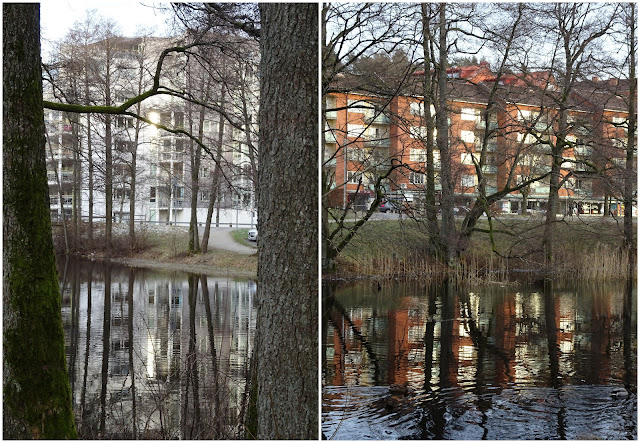 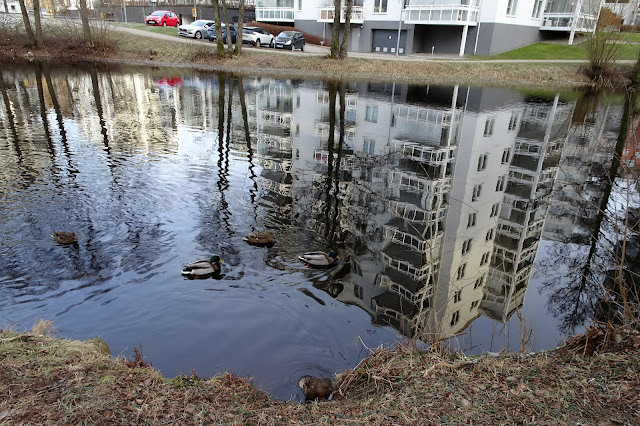 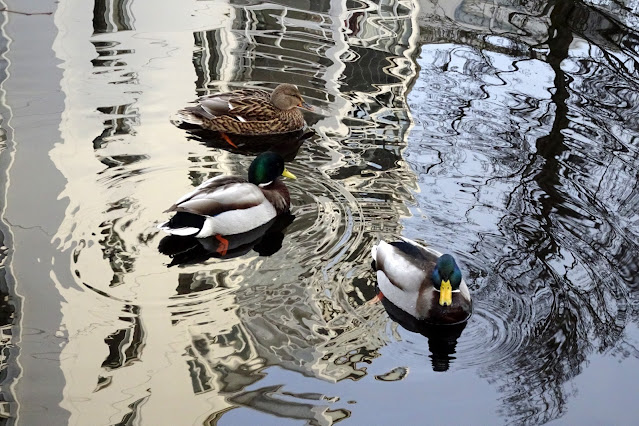 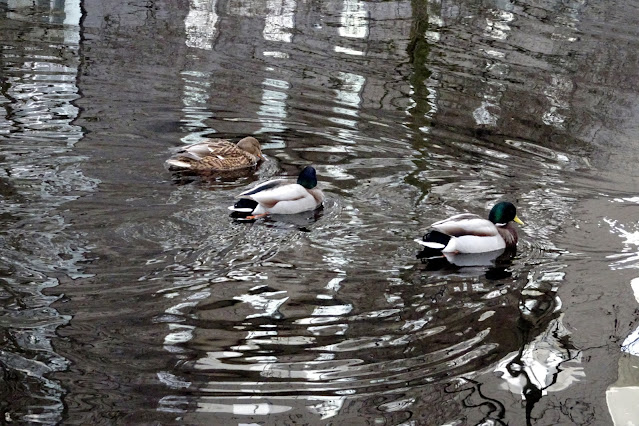 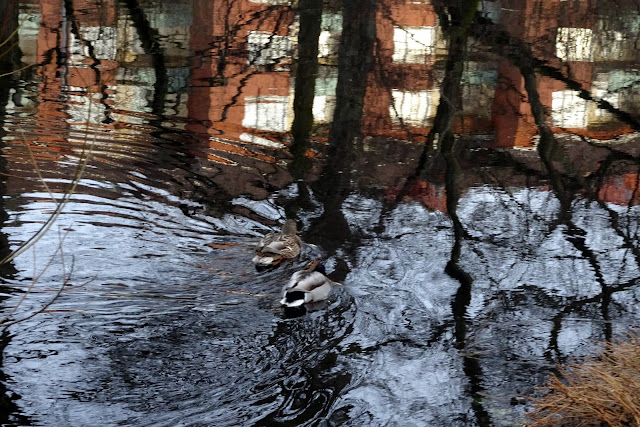 Posted by DawnTreader at 20:45