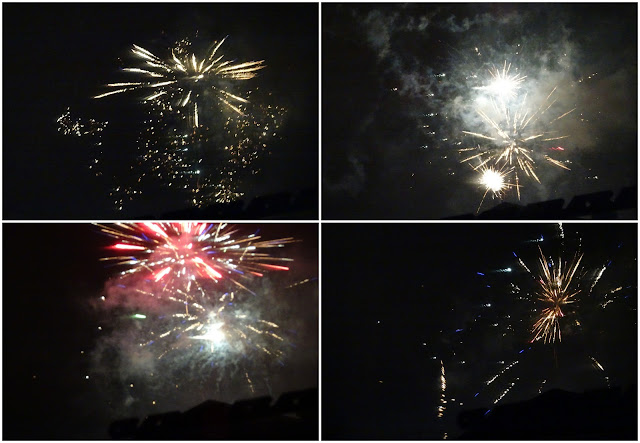 Fireworks photos taken through my living-room windows about 15 minutes or so into the new year. I didn't dare open the door to the balcony as it was really intense out there for a while around midnight... Most of it at some distance, but also some explosions too close for my liking (rattling the windows).

I have had a long-standing tradition of celebrating New Year's Eve at my place with a handful of friends - but that was back in the pre-pandemic era (which is somehow beginning to feel rather remote). Last year we cancelled (still in the pre-vaccination era). In the early autumn I thought for a while that maybe we'd be able to pick up the tradition again (if everyone had had their jabs and were symptom-free etc). But then infection numbers generally started rising again, in spite of the vaccine. So what with one thing and another (and none of us getting any younger), we decided to "play it safe" this year as well.

So I spent another New Year's Eve on my own. The "on my own" part in itself is not a problem. What makes New Year stand out is all the fireworks and (forbidden) bangers; and that with all that noise, it's no use even trying to go to bed/sleep before 1:30 pm. Ah well. After two years with this virus constantly hovering in the background, I have kind of got used to taking things one day/week/step at a time.

After New Year (even a normal one) it usually takes me another week or so to get back into more regular rhythm. On Sunday morning I slept until 10:30. I woke up earlier of course, but fell back to sleep. Thought of skipping breakfast for some kind of 'brunch', but ended up having breakfast at 11 and lunch in the mid afternoon.

Today I was up a lot earlier, but for some reason, I've kept thinking it's Tuesday, even though it's only Monday. Another holiday - Epiphany - coming up on Thursday is not likely to help when it comes to getting this week sorted out correctly in my head! (lol)

Most days I've managed to get out for a short walk - but they've not been very photo-inspiring... 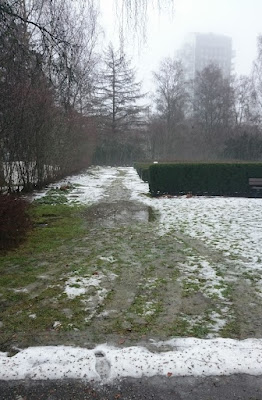 Walking around the old cemetery for a bit of exercise before lunch on New Year's Eve, I snapped this shot with my phone, just to remind myself later of why I didn't take any more photos this week! (Since then, all the snow has gone away completely.)

Indoors, I've basically alternated between binge-re-watching the series The Crown on Netflix (I heard a new season is coming up in 2022), and scanning/reading my way through old postcards from the early 20th century for my family history blog, Greetings from the Past.

Here are two Swedish New Year cards from around 1915: 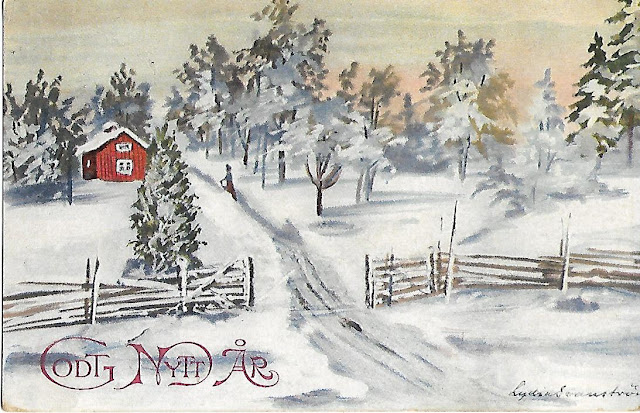 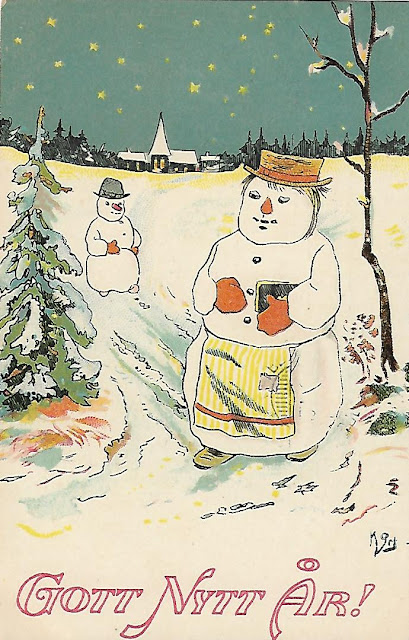 Posted by DawnTreader at 19:37