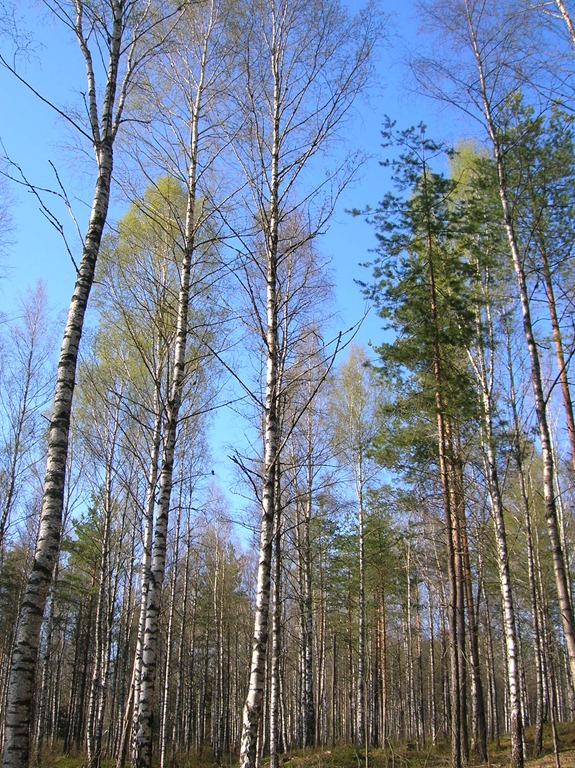 Visiting Ginny’s post All Ears yesterday made me realize that perhaps for the first time (?) I put up no Easter decorations at all in my flat this year. Not that I have a lot of them, but usually I do take out the few items that I have. This year, I completely forgot about them!

I think it was the fact that Easter was so late, and that Nature decided to provide outdoor decorations of its own. Starting with the blue canvas of the sky, the sun as its brush, and bird song for encouragement, over Easter it painted the treetops green, and added splashes of colour in every glade, park and garden: white wood anemones, blue hepatica, yellow daffodils and forsythia bushes, pink cherry blossoms, and lots of others besides. 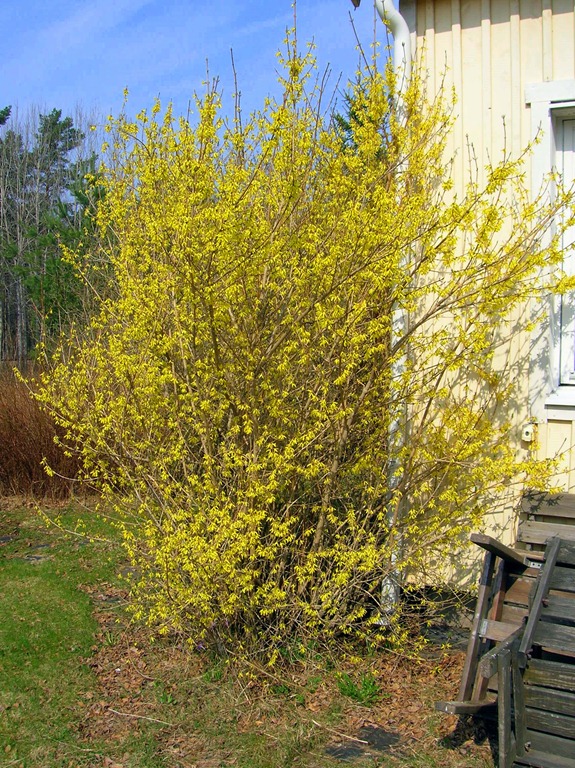 It was perhaps also the fact that my brother and I spent most of Friday and Saturday at The House outside town which has been standing empty since last summer (when dad had to go into hospital and from there moved to a geriatric care center). N.b. “empty” refers to absence of residents – not “stuff”…

Our grandparents built the original house in 1930. Dad grew up there. In our childhood and youth, our grandparents still lived there. Then for a while it was kept as summer cottage. In the early 90s an extension was added, and our parents moved in, and lived there for  17 years. There’s also an outbuilding as old as the original house. (Full of… Not sure what, but full!) 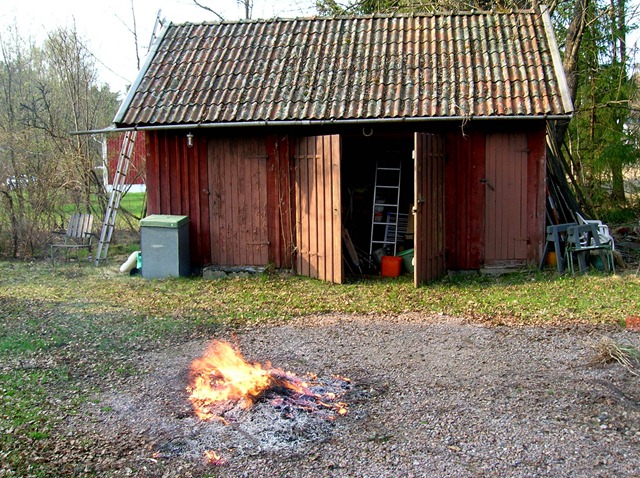 We’re planning to hire a rubbish container for a week in the summer, but even that will just mean making a start. (The only things burning in this picture are branches that had fallen from the trees in the winter.)

In the meantime we’ve at least managed to secure the services of the same guy who mowed the lawns and did some other outdoor jobs for us last summer. Just to basically try to stop the garden from getting totally overgrown.

We also visited dad where he is living now. (Unfortunately he is in need of too much help now for it to be possible for us to take him with us to his old home even for a short visit.)

And we stopped by the cemetery where mum is buried, and several ancestor’s on dad’s side of the family.

So it was a strange kind of Easter in some ways; but the fine weather did help.

I also had to spend some time on tax declaration forms this week; and tomorrow I’m expecting a visit from friends who will be staying the night. So if I’m not around visiting other blogs as much as usual (or even my own) just now… that’s why!