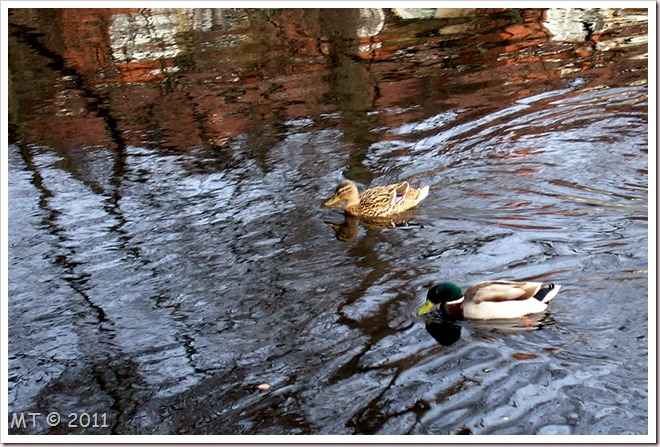 From this week I’m back to routines – two mornings a week in the (indoors, heated) rehab pool. I’ve been on a break/waiting list since Christmas. Having the break during the cold winter months had two sides to it (I could have used the exercise, but on the other hand I didn’t have to wonder on every snowy morning whether to venture out or to cancel). Just now it feels good to start again at a time when one no longer needs to dress like the Michelin man to go out.

We’ve enjoyed three days of sunny spring weather. Today I spent the morning (okay, 45 minutes of the morning) in warm water; and part of the afternoon in my sun lounger on the balcony.

Later on in the summer, there will be days when it gets too hot to sit there in the sun. But in the spring, and in the autumn, it is a blessing to be able to catch the first and the last sunny days.

Today as I sat there I watched (and listened to) gulls soaring high above against a clear blue sky, and occasionally landing on the roofs nearby. They are a sign of spring, since I live an hour’s drive or so from the coast, but only a short walk from the river… The sound of the gulls means spring/summer to me. They give me a summer holiday feeling. Sitting in the sun, and listening to the gulls… if I close my eyes I could just as well be by the sea.

Not much use trying to catch gulls with my camera… I tried yesterday down at the river but they escaped me. The mallards were a bit more cooperative!