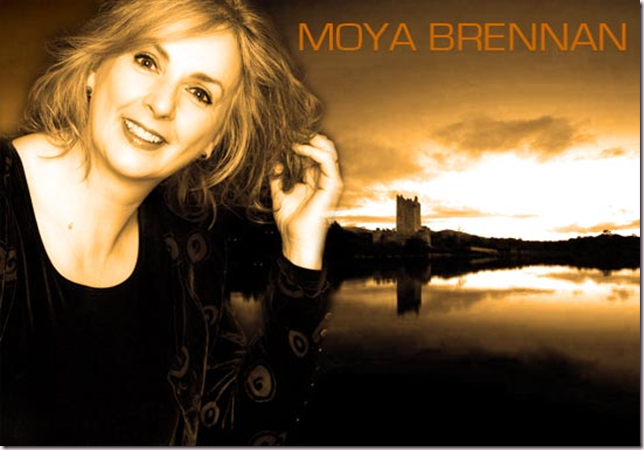 Moya (Máire) Brennan (born 4 August 1952), is an Irish folk singer, songwriter and harpist. She began her career in the family band Clannad in 1970. Her first solo album was released in 1992, and since then she has produced several more. (I am the happy owner of six of them from between 1998-2008.)

Moya’s music is usually classified as Celtic, and sometimes as New Age - many of her lyrics however are clearly Christian.

Listen to and watch Moya at YouTube, singing Tara from the album Two Horizons:

If the embedded video does not work, try this link:
http://youtu.be/lA_-YqMp_LM