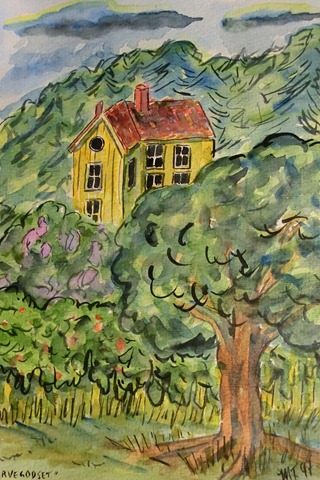 Many years ago (mid 90s) I had a dream (of the nightly kind) on the theme of heritage. It was a dream with a symbolic message which I had no great difficulties interpreting at the time - having to do with a situation which was on my mind just then; not at all related to my own family. (More to do with how ideas are passed on; and how people sometimes fight over ‘nothing’.) However, besides the symbolism, the dream also left me with a visual impression, which resulted in the water colour above.
It’s not a painting I’ve ever had up on the wall, it’s tucked away in a binder I rarely look in. So what brought it to mind just now?
The answer is: A déjà vu feeling when I was looking through the photos I uploaded from my camera to the computer last night! 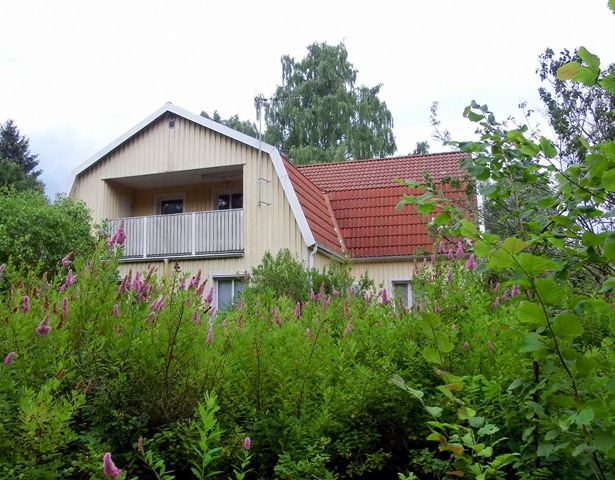 ‘Sleeping Beauty’ view of the House, from the completely overgrown back garden… I.e. the house which is now literally our heritage (mine and my brother’s).
Fortunately, though, we’re not fighting with each other about it.
But there are other kinds of battles to fight… 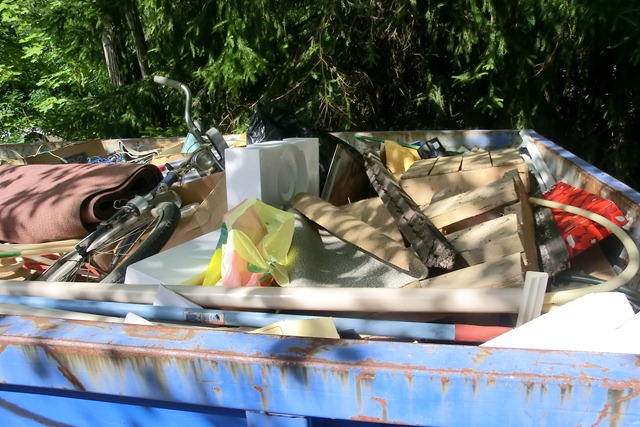 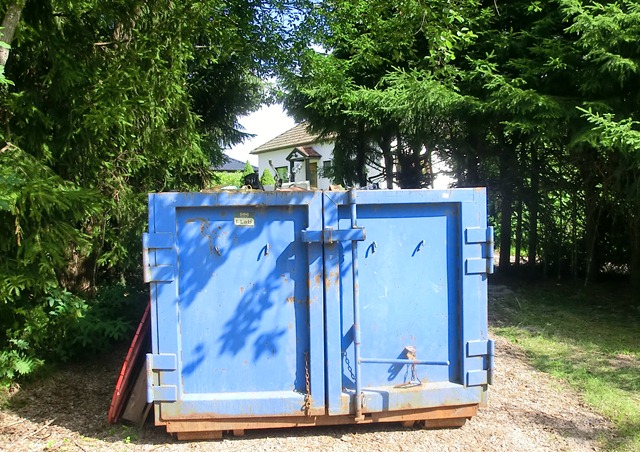 My brother made an admirable start during his (so-called) summer holiday, clearing out the cellar. (Yes, he actually single-handedly filled that container!) But there’s more… 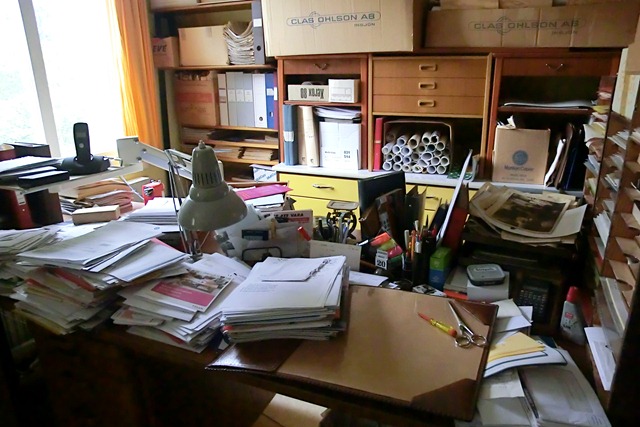 The thing is, dad (as his dad before him) was a hoarder. Hoarding instincts and dementia (creeping up on him in his later years) is not a good combination.
The major problem is that in among the things that can just be thrown away, there are also things that may be considered historically valuable by other people (hoarders) with the same interests that dad had: railway history and local history.
I got started on a small corner of one table in his study yesterday, and that confirmed my suspicions. There’s no system in the ‘top layer’. Unimportant and (possibly) important all mixed up…
To look on the bright side, at least I took over all his banking transactions 2½ years ago, and in the last year all his official mail has been coming to me. So we don’t have to look for unpaid bills or things like that.
What tends to catch my interest (and slow me down!) is when I come across things to do with our own family history… I might return to that in future posts.
Posted by DawnTreader at 20:26