A for Android (ABC Wednesday) 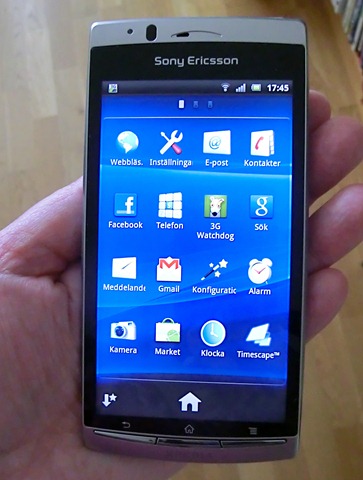 ABC Wednesday is starting over again this week with the letter A. How appropriate. That gives me an apt excuse (as if I needed one!) to show you my brand new Android phone.

I’ve been thinking about getting one for a while now but since I’m rarely away from home more than a few hours at a time, it has seemed rather unnecessary. However, when my brother demonstrated his new Sony Ericsson Xperia Arc to me when he was here, I got hooked… It was smaller and lighter than any I had seen before. After getting acquainted with it, it didn’t take me long to make up a whole list of excuses to get one myself – a.s.a.p.!

For one thing, it will be good to have it when I have to go out to the House on my own, as we don’t have any computer/internet there now (except when my brother is there). For another, even at home I’m beginning to see the advantages of being able to quick-check emails and Facebook and “whatnot” without turning on the computer. Moreover, it can be used for listening to music and audio books, and for taking pictures and watching films, and…

How do they fit all that into a thing that weighs only 117 g?!

I remember the first so-called mobile phone I ever saw “in real life”. It was 1986 or 87. A gang of us were going out for dinner in the evening, and one married couple brought this thing which was about the size of a car battery*, in case their babysitter needed to reach them. (*A last century car battery, that is. Maybe those have been getting smaller as well - I have to confess I haven’t looked under the bonnet of a car in a very long time!) 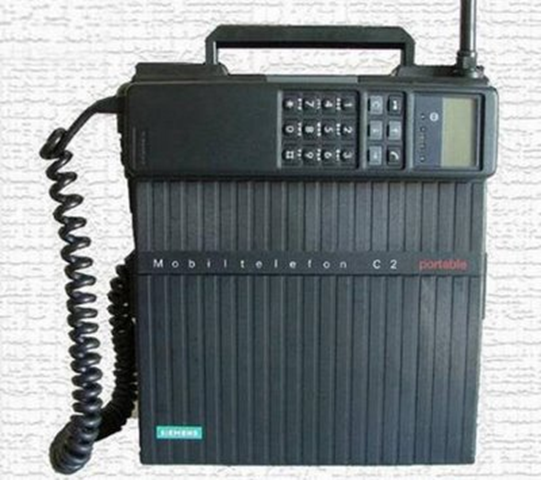 Posted by DawnTreader at 20:46