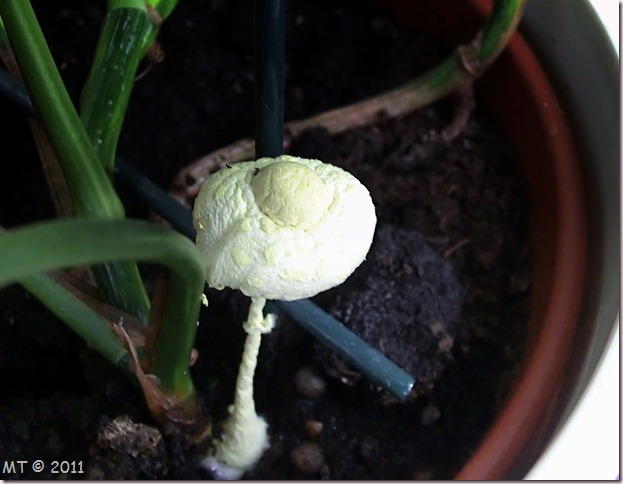 Okay, okay… I may have over-watered this plant just a bit…! 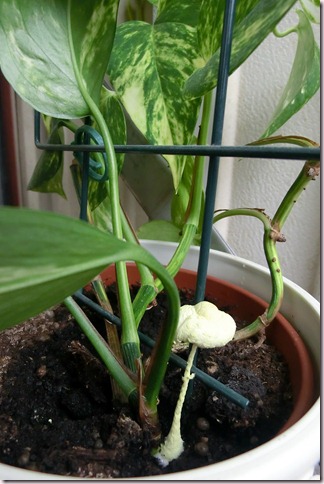 In Sweden, according to old traditions, a period in July/August is called the “month of rot” (rötmånad). Before the days of fridges and freezers it was extra hard to keep food fresh that time of year. In English you call it the Dog Days, an expression which comes from the Romans, who associated the hot weather with Sirius,  the "Dog Star". (Last summer I wrote a post in my Harry Potter blog called Dog Days and Sirius Black. J.K. Rowling chose her names carefully.)

Anyway, this kind of hot, sultry weather is generally associated with strange and evil phenomena; not only causing food to go bad, but also responsible for all kinds of illness and madness among people and animals.

Here, after Midsummer, we first had a few days of heat wave with glaring sun; followed by the kind of weather that just feels kind of generally ominous. Mostly cloudy, but still rather warm, and humid. One keeps expecting thunder and lightning to break out any minute – but it doesn’t. It’s been like that for days now. It causes butterflies to seek out strange places to die (see my two posts on Saturday), tiny toadstools to shoot up in my potted plants, and me to feel like I’m “waiting for Godot”…

Posted by DawnTreader at 10:10