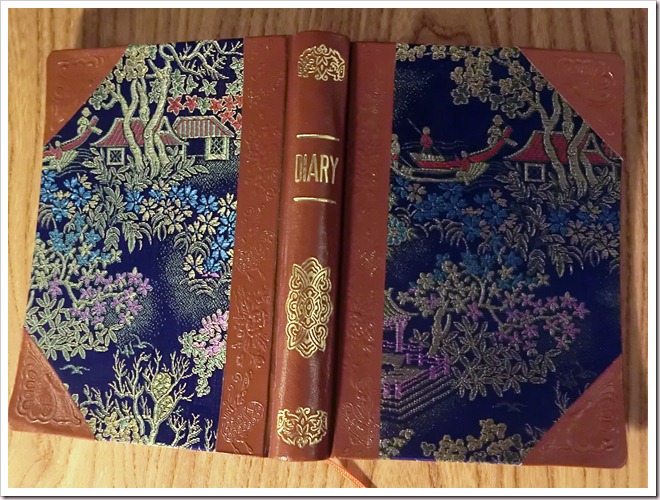 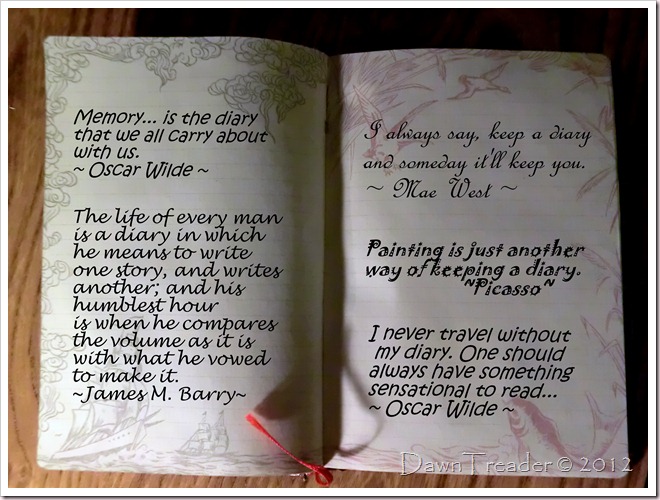 Which of the quotes above fits YOU best?
Do you, or did you ever, keep a “Dear Diary”?
(If you did: Do you still have them? Read them?)
If your diary-habits changed – do you know why?

I never kept a proper diary for any length of time; and by that I mean the “Dear Diary” kind, i.e. recording feelings as well as dates and facts. The sporadic attempts I made back in my teens, I decided later in life not to keep. (Never regretted that so far, and I assure you it was no loss to the literary world.)

Somehow, I think I always preferred to have real readers in mind, rather than just writing to myself.  So I wrote letters instead: The principle of “a bird in the hand is worth two in the bush”. (In Sweden we go even farther and say “more than ten”.)

[By the way – did you know that this proverb refers back to mediaeval falconry where a bird in the hand (the falcon) was a valuable asset and certainly worth more than two in the bush (the prey). I had no idea until just now when I looked it up!]

Even my attempts at just keeping short notes in a pocket diary show a clear tendency to be a typical New Year’s resolution never lasting beyond the month of March or so. Such diaries I have for a number of years back. But whichever one I pick up, I see the same tendency: I seem to be very busy every January and then gradually my life gets emptier and emptier until next New Year! (This, of course, is a poor mirror of Reality. All it really reflects is my diary-keeping habits.)

Considering this, I have to say I’m rather surprised at myself that blogging turned out a very different experience and that I’ve been keeping this up for over three years.

I think there are three main reasons. The first is that it did not take too long until I made contact with other bloggers; and as soon as I did that, blogging became more of a social activity than like keeping a diary. (By now I know that there are more than two birds out there in the bush.)

The second is that blogging is not really like keeping a diary at all. It can be, but it does not have to. If I don’t feel like writing about personal stuff, I can write about something completely different. Or quote someone else ...

… Or just post a picture! The third thing is that my blogging came to involve and evolve my photography as well as writing. And this too as an extrovert rather than just an introvert experience.

So thank YOU whoever you may be who took time to read this!