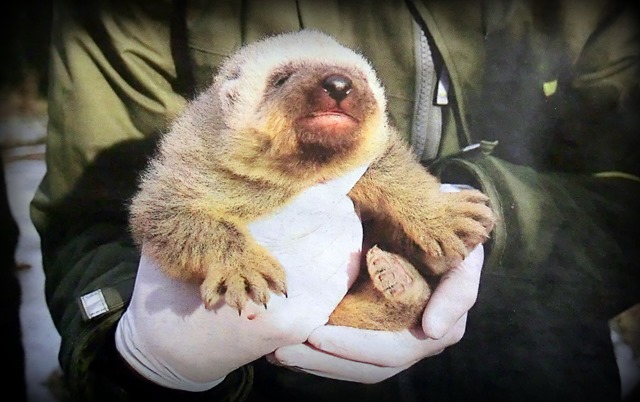 Three little wolverines were recently born at Borås Zoo. It is rare for wolverines to breed in captivity. The last time it happened at our zoo was 26 years ago, which makes this a special event.

The wolverine (Gulo gulo) is the largest land-dwelling species of weasels. A fullgrown one weighs 10-25 kilos. The wolverine has a reputation for ferocity and strength out of proportion to its size, with documented ability to kill prey many times larger than itself. Nonetheless it’s categorized a vulnerable species, i.e. likely to become endangered unless the circumstances threatening its survival and reproduction improve.

(Photo from the zoo, via the newspaper and my camera)