Can’t A Girl Sit And Read In Peace & Quiet? 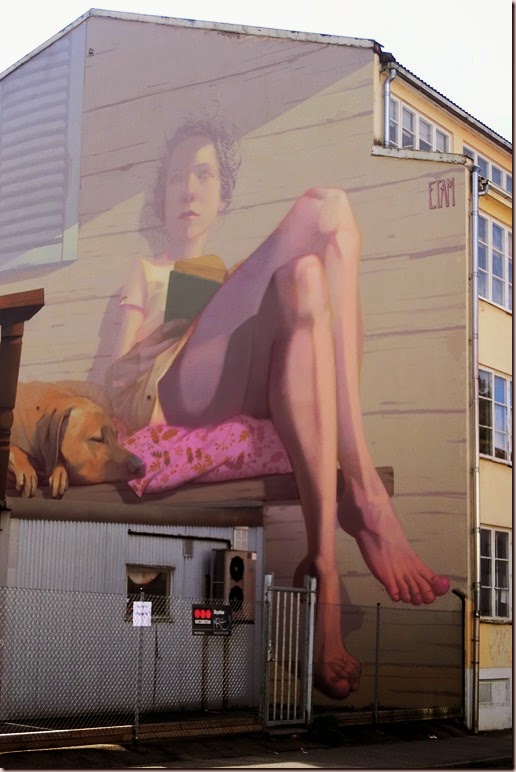 Yesterday I went in search of this back-street mural which is not in the city center area, but a bit further off. I found it well worth the extra walk, though. 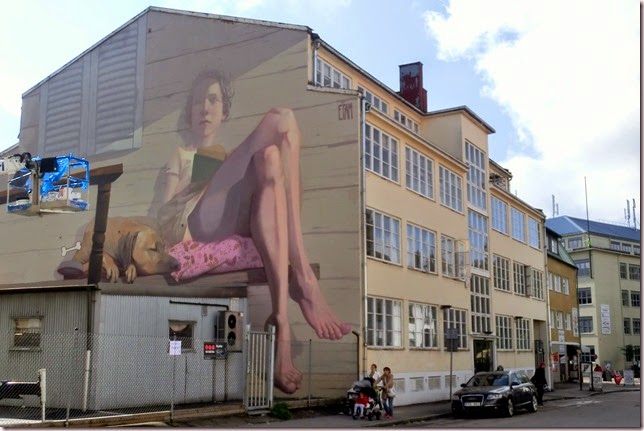 From today’s local newspaper I learn that the murals painted for the festival have so far only got a temporary planning and building permission, lasting until New Year. However, the property owners as well as the general public seem to have taken to them immediately, and want to keep them. So hopefully the temporary permits will be prolonged. (If not made permanent as in “forever”, at least for as long as a normally repainted facade would last.)

From the reactions so far, I do think that if the authorities would decide to remove them too soon, we might see a major citizens’ rebellion!

Posted by DawnTreader at 11:53