There’s a Street Art Festival going on here (Borås, Sweden) this weekend, giving the city a major makeover by adding colourful murals to a number of large, previously rather boring walls.

Weatherwise, the working conditions for the artists could hardly have been better, as we’ve been having absolutely wonderful late summer weather.

I’ll be showing several more murals in later posts, but for Weekend Reflections I’ve chosen the one in progress in a prominent place in central town, just by the river. (Which means, of course, that it is also reflected in the water!) 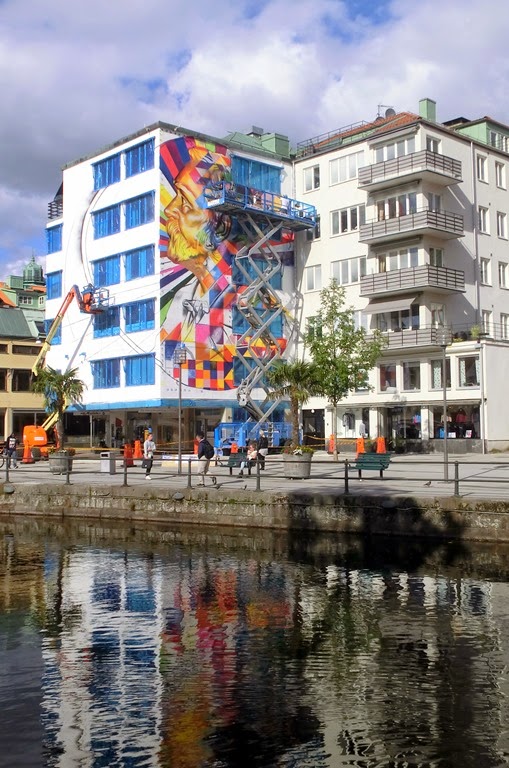 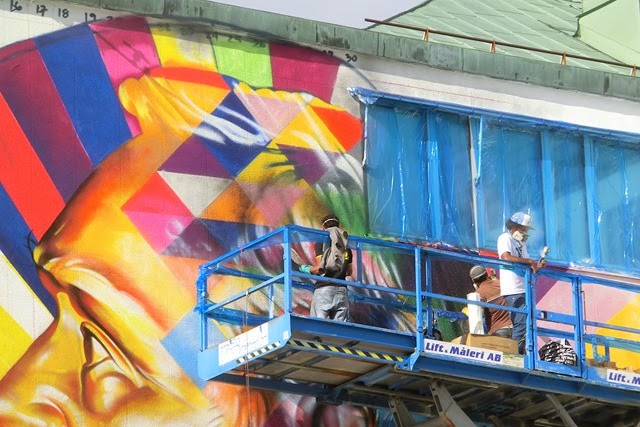 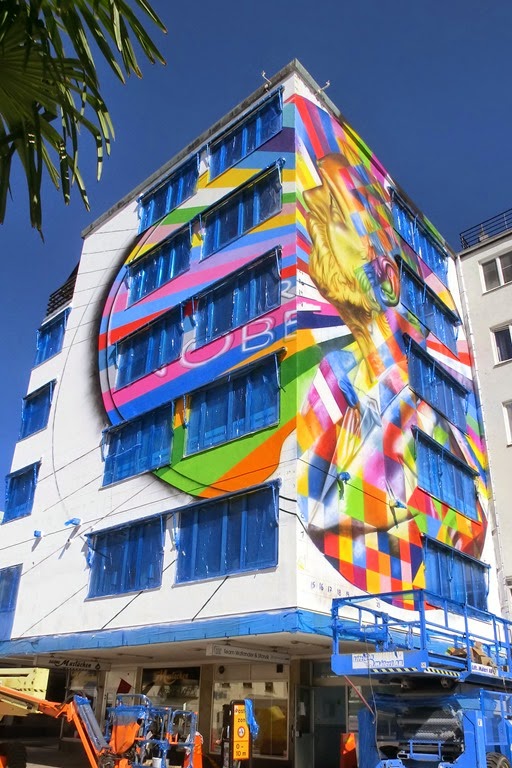 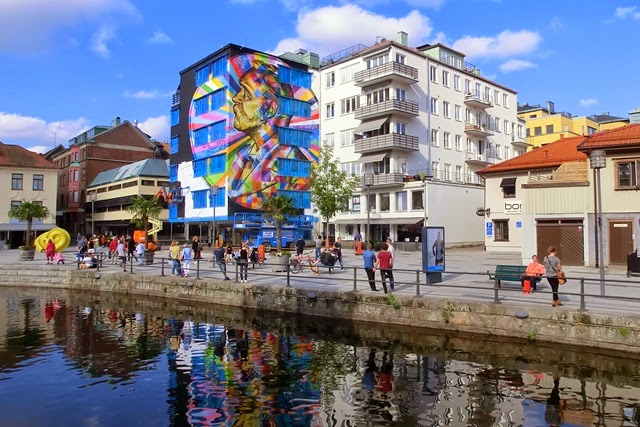 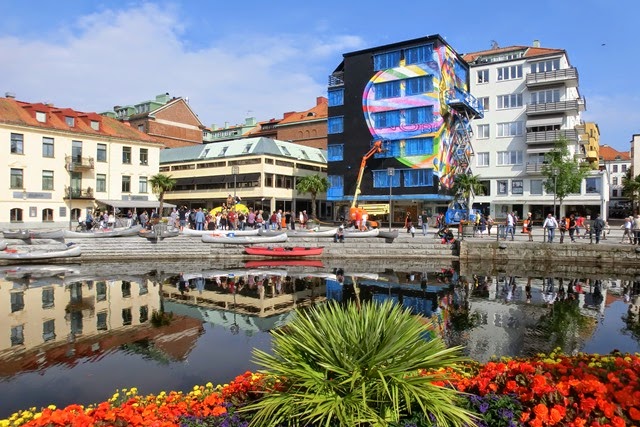 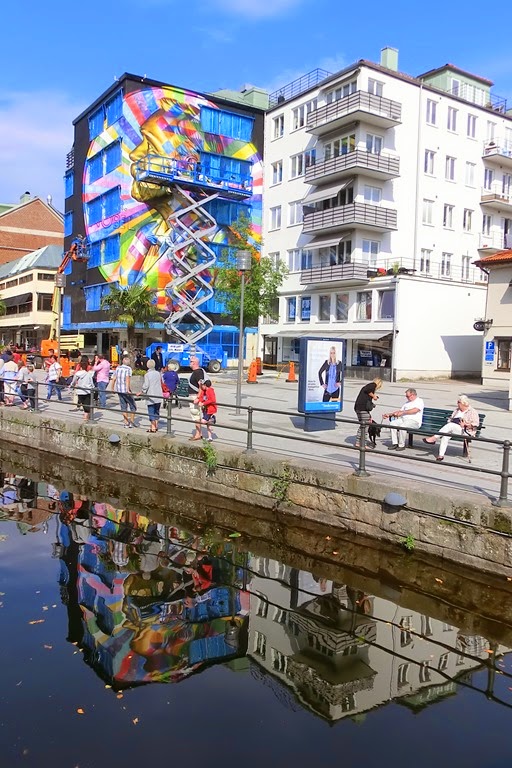 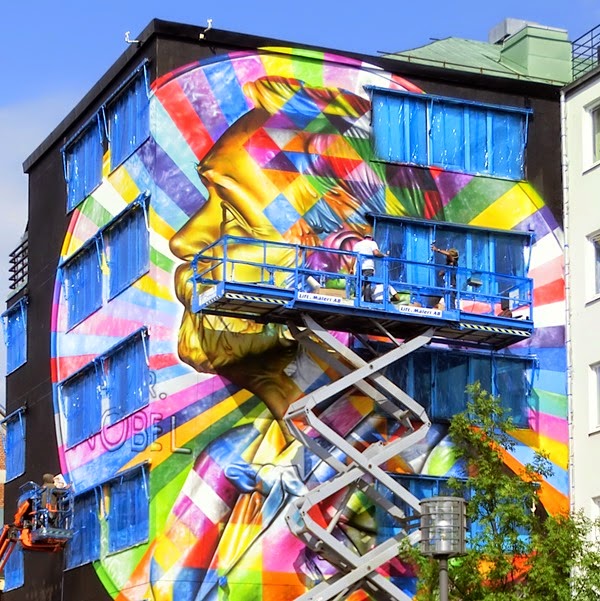 The man in this huge portrait is Alfred Nobel (1833- 896), founder of the Nobel Prize; a Swedish chemist, engineer and innovator. (Of his 350 different patents, dynamite is probably the most famous.) In his will, he left most of his fortune to the establishment of the Nobel Prize.

The artist behind the mural is Eduardo Kobra from Brazil.