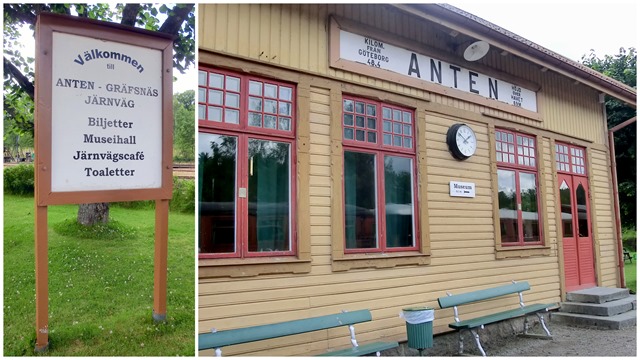 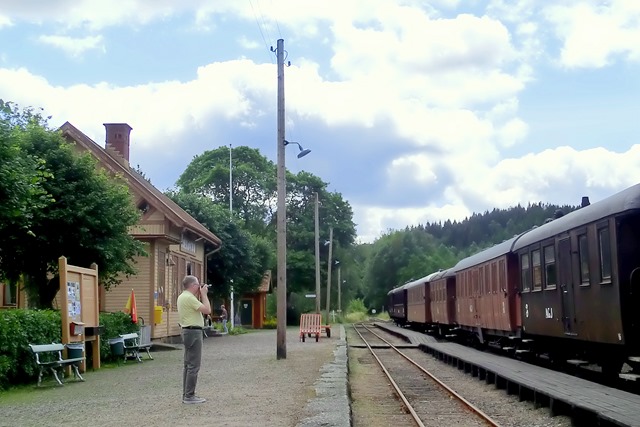 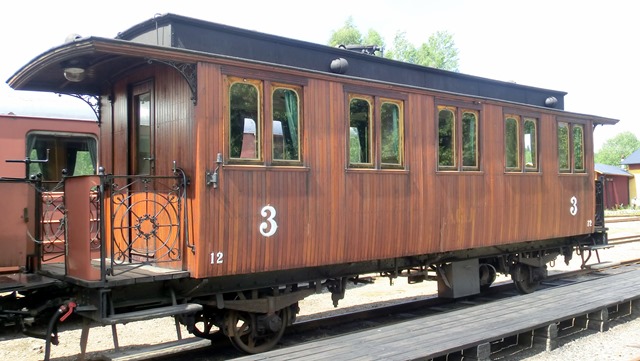 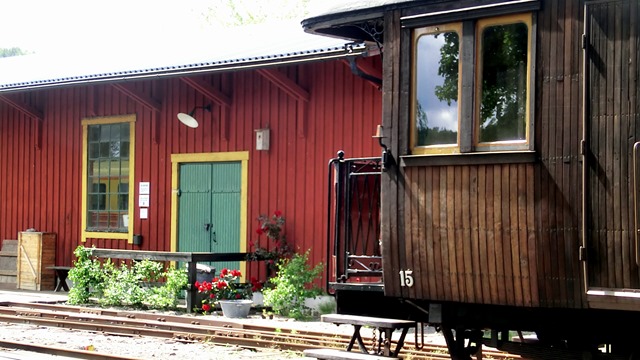 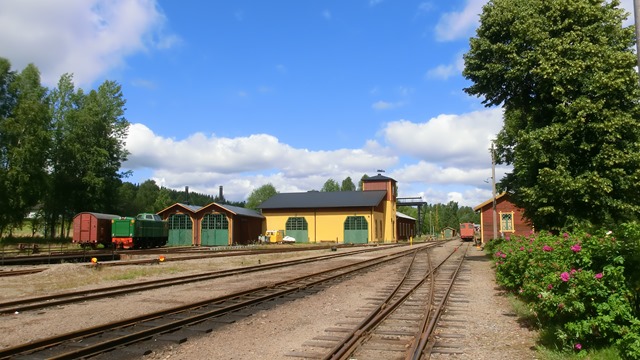 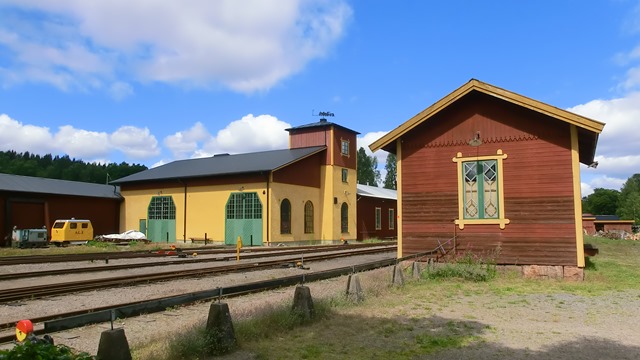 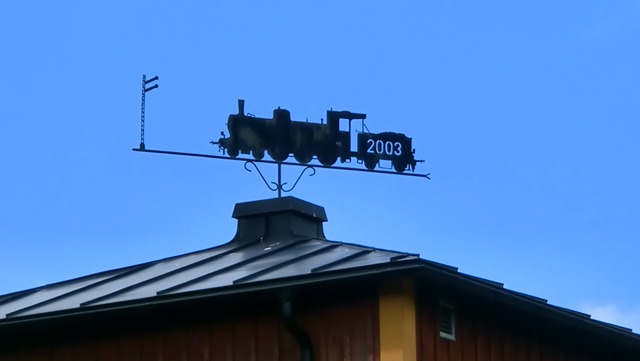 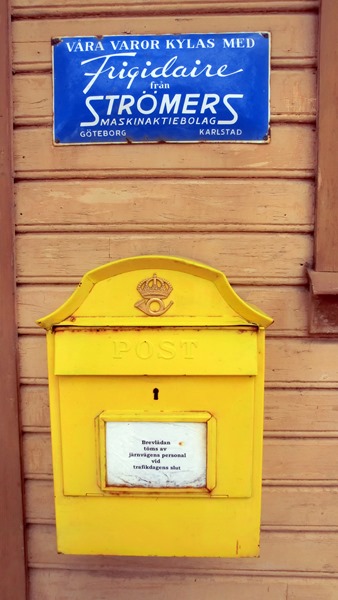 The sign on the letter box says:
The letter box
will be emptied by
railway staff
at the end of traffic days.

Anten is a lake north-west of Alingsås. It is also the name of an old railway station and the starting point of a 12 km museum railway. The station was not really on my list of places to visit; but when we passed the sign we found ourselves kind of automatically turning into that road anyway… Our dad was a big railway and steam train enthusiast; and our family holidays in the past always included stopping at any station house or railway museum!

There were no trains running on this day though, so we just made a short photo stop “for old times sake”. And then got back into the car and drove to the other end of the railway, which was on my list – for reasons you will find out more about in future posts.