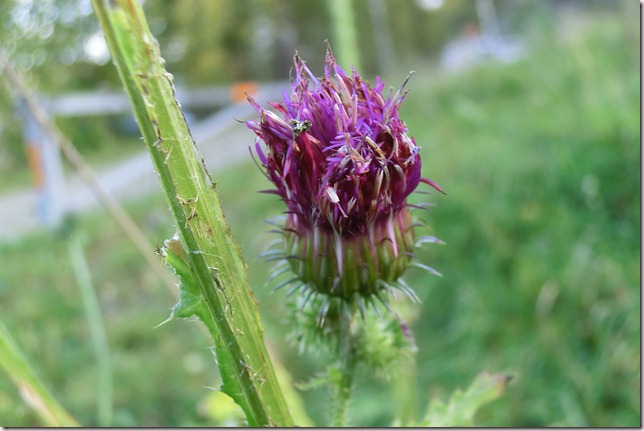 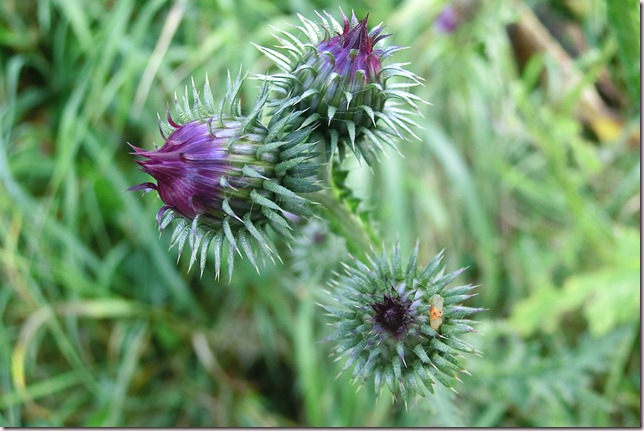 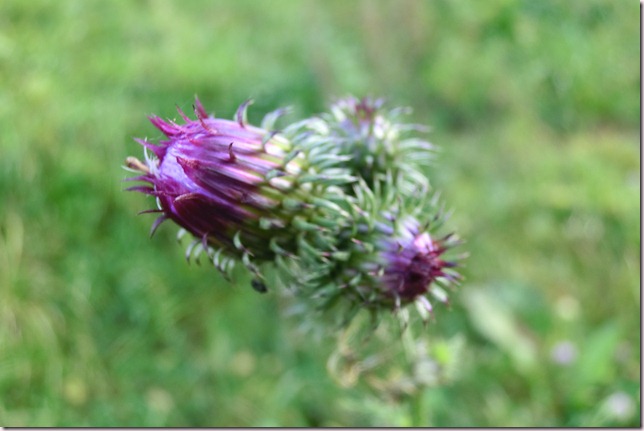 From Wikipedia I learn that the thistle is an ancient Celtic symbol of nobility of character as well as of birth, and has been the national emblem of Scotland since the 13th century.

According to a legend, an invading Norse army was attempting to sneak up at night upon a Scottish army's encampment. During this operation one barefoot Norseman had the misfortune to step upon a thistle, causing him to cry out in pain, thus alerting Scots to the presence of the Norse invaders.

Personally I always associate thistles with Eeyore, the gloomy donkey in A.A. Milne’s Winnie the Pooh. Thistles are his favourite food!

Posted by DawnTreader at 23:23