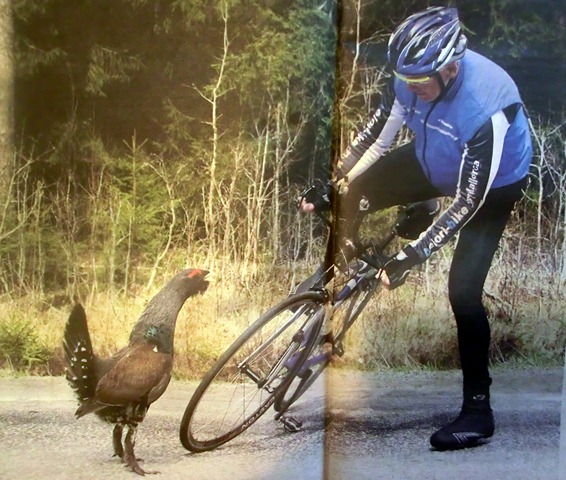 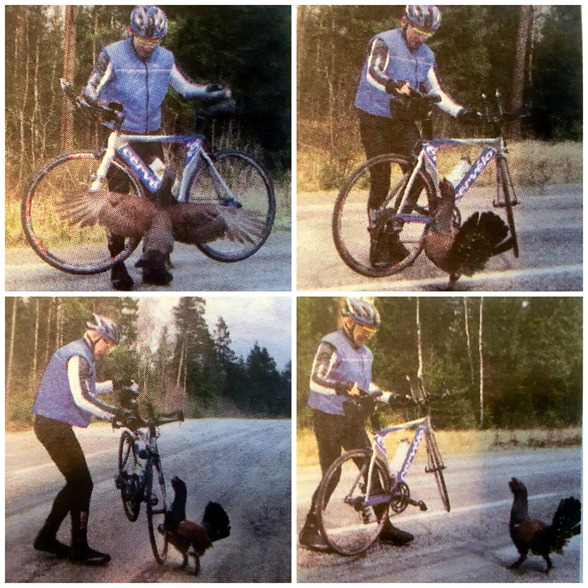 (Yes, Ginny, the title is especially for you…)

Can’t resist borrowing the above series of pictures from my morning newspaper. (I used the camera to just snap photos from the paper spread out on the kitchen table.)

It’s courting season for the Western Capercaillie
(Lat: Tetrao urogallus, Swedish: Tjäder)
This includes territorial competition between neighbouring cocks or cocks on the same courting ground. Apparently for this cock, a human on a bike is to be regarded as an intruder as well! 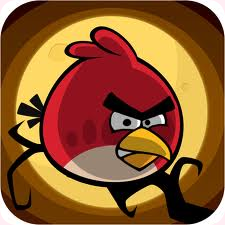 At the very beginning of dawn, the tree courting begins on a thick branch of a lookout tree. The cock postures himself with raised and fanned tail feathers, erect neck, beak pointed skywards, wings held out and drooped and starts his typical aria. This consists of four parts, tapping, drum roll, cork pop and gurgling or wheezing.
(Wikipedia)

Posted by DawnTreader at 10:03