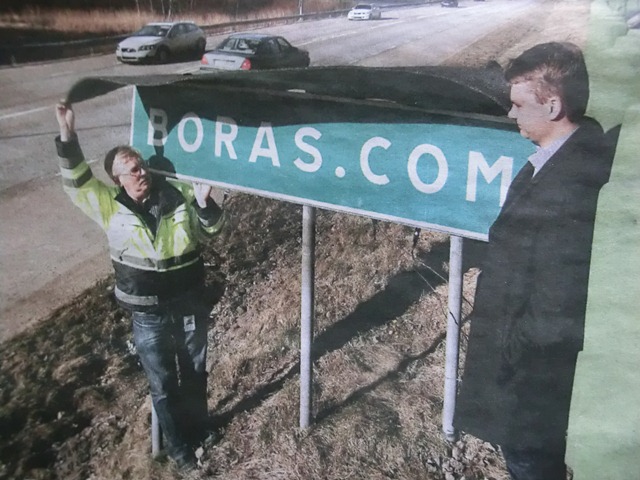 In Sweden we often get April Fool’s jokes in the newspapers on 1 April. Yesterday at breakfast I was not quite aware of the date yet so for a second or so a “what?!” flashed through my brain… The story to go with this photo was that the town had taken the decision to officially change its name to a “dot.com” address and had already put up the road signs with the new name.

Do you get April Fool’s News where you live?

The scary thing is that sometimes it’s becoming kind of hard to tell the April Fool’s news apart from the real ones. This one in our local paper I think was a good one - it’s funny without doing any harm. But I read in an online article that some of the false news this 1 April were more questionable and might have caused more serious worry until they were revealed as jokes (like  false warnings about medical side effects).

Posted by DawnTreader at 19:03