A Church for Shadow Shot Sunday 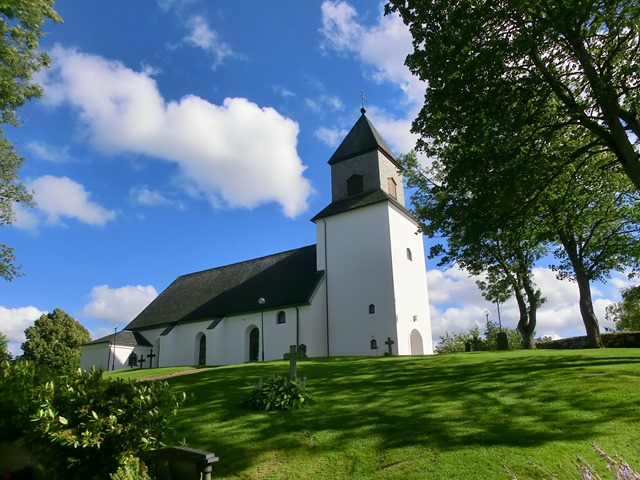 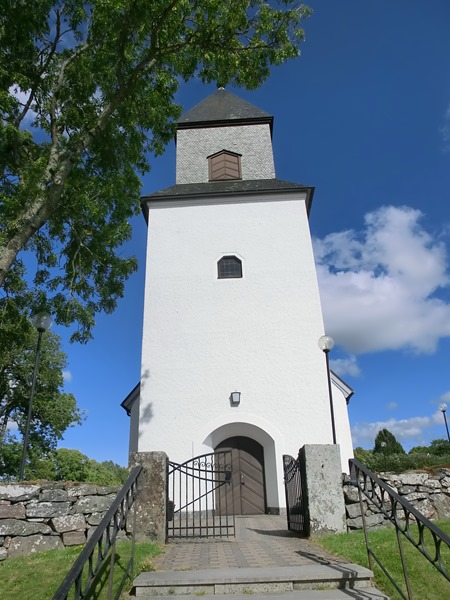 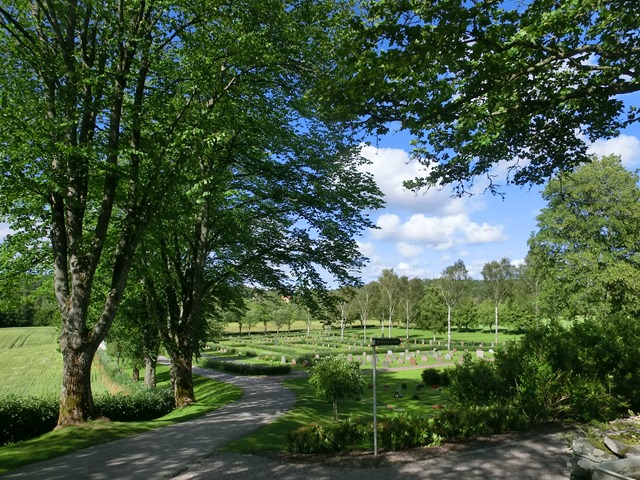 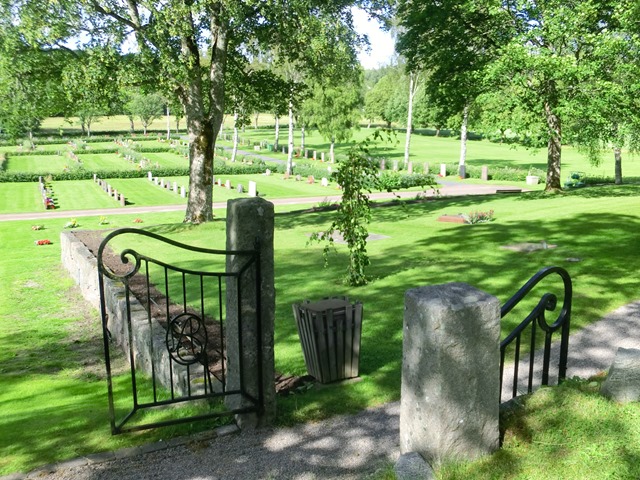 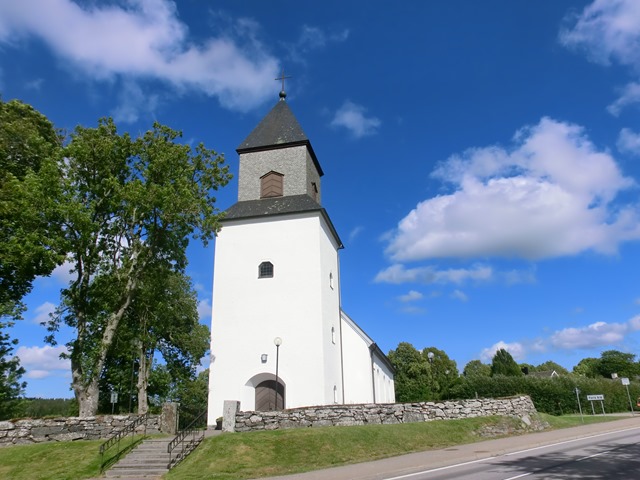 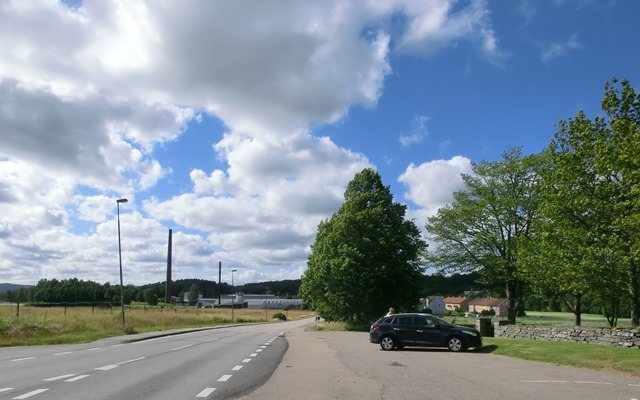 This is the church in the village where I grew up (Sjuntorp near Trollhättan). It’s a rather scattered kind of village, lacking a proper centre – even more so these days than back in the 1960’s, when the cotton mill (founded in 1831) was still flourishing. (I’ll get back to the mill in a later post.)

The church has been standing on its hill overlooking the little river and valley and surrounding rural landscape since long before the industrial revolution, though – 800 years or so. The earliest documents mentioning it are from 1338, but the church itself probably originates from around 1200. It has of course been reconstructed and refurbished several times through the centuries. The tower for example was added as late as 1952. (As that was before I was born, to me the church looks just like it ‘always’ did, though!)

It was on a Monday that we happened to be passing, and the church was not open (nor did I expect it to be).

My family weren’t active church-goers; but until the year 2000 the Church of Sweden was a state church, and back in the 1960’s, it was still customary for most children to get confirmed in the church at age 14. So that year at least I did visit the inside of this church on a number of occasions; and I remember spending quite a lot of time staring up in the painted ceiling.

I also had a school teacher back in my teens who loved to tell the story of how the restoration of this church in the early 50’s caused headlines in the local newspaper. The question was: “Will the church be allowed to move Hell?” – and the answer, when the authorities had made their decision: “Church permitted to move Hell!” “Hell” in this case was a certain part of the old painted ceiling. Because they were extending the whole longhouse of the church, they wanted to move the devil and his whatnots a bit - as it did not seem proper to have them hovering in the middle of the church.

For some reason, in the past, scenes from hell (or doom paintings) were not uncommon at the far back of the church though, near the entrance/exit. (Perhaps to remind people as they went back out into the world, “to be careful out there”?)

Below is a photo of mine from the old church in the museum park here in Borås. If memory serves me right, I think the paintings in my childhood village church were rather similar: 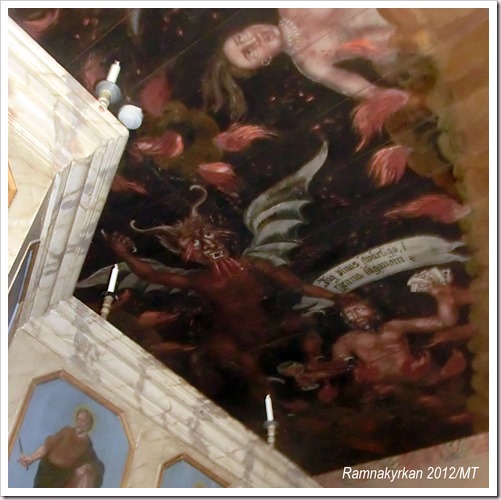 Posted by DawnTreader at 18:54