This summer most of my reading has been in the form of audio books – of which quite a few have been old favourites revisited.

At bedtime, for example, I often prefer a familiar story that doesn’t require too much concentration… 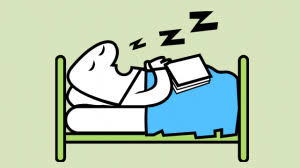 One of the many things I appreciate with Amazon’s Kindle/ Audible is that with many free Kindle classics, it’s also often possible to find Audible recordings of them quite cheap. At best they are even synced so that (if you’re on wifi) you don’t even have to remember yourself which device you last used to read or listen… The next one you pick up will check it for you and ask if you want to go to the furthest read location.

On my re-reading/listening list this summer have been the classic novels by Jane Austen: Mansfield Park, Emma, Pride & Prejudice, Sense & Sensibility, Northanger Abbey (listening to that now) and Persuasion (downloaded, but remains to listen to).

I think Northanger Abbey may still be my favourite, because of the way she makes fun of the whole Gothic Horror Romance genre that was popular at the time. (Finding it even more amusing now, after actually reading Anne Radcliffe’s The Mysteries of Udolpho some years ago – which is frequently referred to in NA.) A strong contender is Emma, though, because in that one too, Austen manages (and in a more subtle way) to present an ‘imperfect’ heroine.

In between the Austen re-reads I’ve been listening to some other audio books as well, though.

Last week, for example, I was held captive by a new  biography about Joy Davidman, the woman that C.S. Lewis married rather late in life. This I bought only as audio (not finding any “package” deal).

Joy: Poet, Seeker and the Woman Who Captivated C.S. Lewis – by Abigail Santamaria

Some of you may know a bit about their love story from the film Shadowlands (1993). It’s been a good while since I last saw or read Shadowlands (I think I shall have to return to both book and film for comparison). But my impression is that this biography gives a fuller portrait both of Joy’s early life (including her first marriage), and of the complexity of the relationship that grew between her and Lewis. And one thing I did not know or did not remember from before was that besides being Jewish and having been (for a while) a member of the Communist party in America, Joy was also (for a while) a follower of L.R. Hubbard (the founder of Scientology) and a practiser of Dianetics. (I suppose I may have read this before, without paying much attention – but as it happened now, by pure coincidence, only a week or two before I bought this biography I had watched a TV documentary about Scientology, from which I learned a lot more details about that movement than I ever knew before.)

I found Joy: Poet, Seeker… (etc) a very interesting read, easy to follow and with facts well presented. I also found the audio narration by Bernadette Dunne quite excellent and easy to listen to. (I have to confess I sometimes find it harder to listen to audio books in American accent –being more used to British English myself – but in this case it was no problem; and as Joy was American, it also ‘felt right’.)

Posted by DawnTreader at 21:18