The Journey is the Goal – Trollhättan (1) 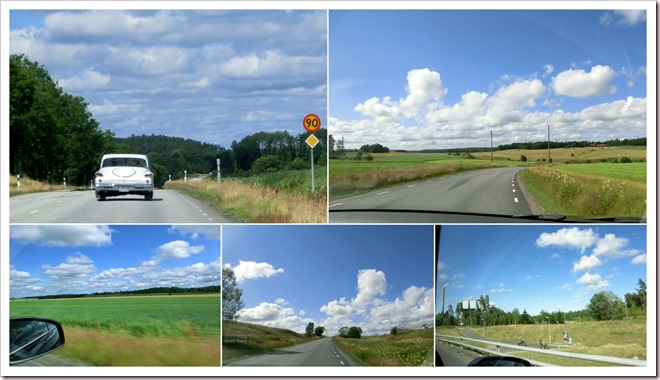 It’s amazing how long you can make a short holiday trip last, if only you make enough photo stops. (In case you feel you’ve lost track: After two weeks of blogging about it, I’m still only on Day 1 out of 4…)

If our aim had been just to drive straight from where I live to the town where we were to stay the next two nights, we could have done so in about 1½ hour. With all the various stops we made along the way, however, we took about 8 hours getting there… 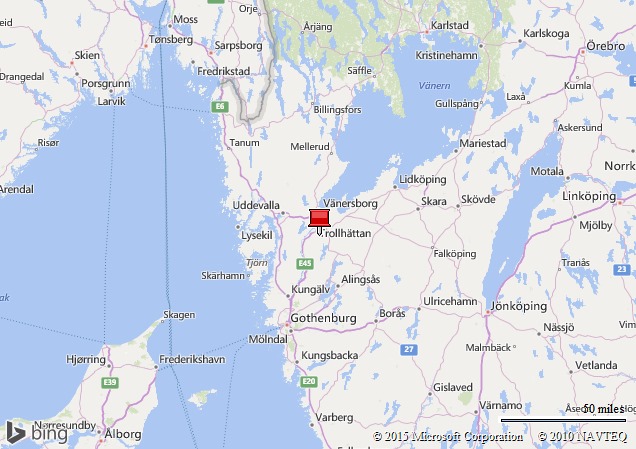 Trollhättan is situated on the river Göta älv. The steep water falls here used to be a huge obstacle for boats travelling the river between Gothenburg and Lake Vänern, until a lock system was built in the 19th century (the present locks still dating from 1916). In the late 19th century, the waterfalls were also “tamed” to produce hydropower, and to make the town a centre for heavy industries as well as for a national energy corporation.

Nowadays, the water is usually only let out into the falls for a few minutes daily in the summer season, as a tourist attraction.

The first view I’ll show you, however, will be the one from my hotel room – which overlooked the bascule bridge across the river/canal: 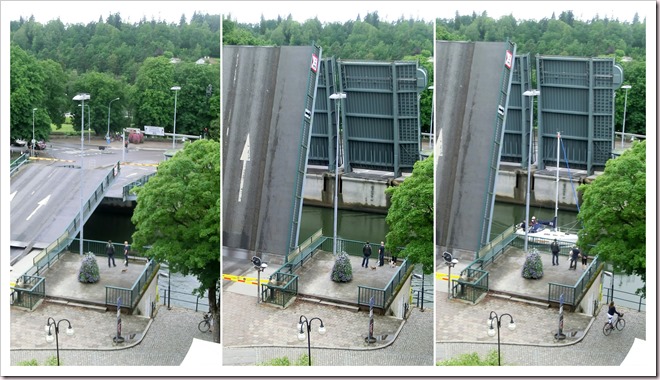 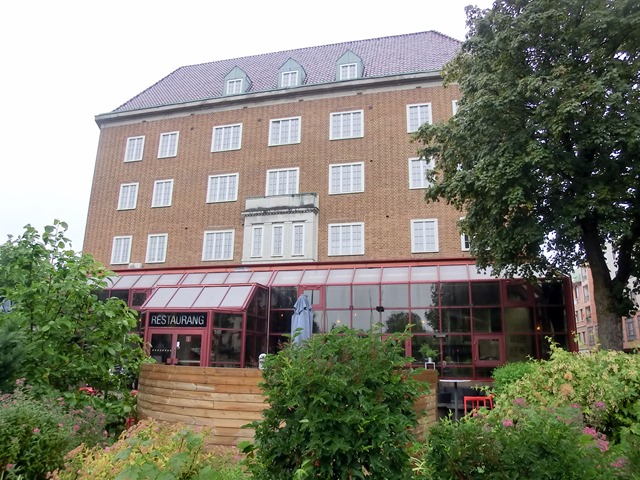 My room was on the top floor to the left above the restaurant. 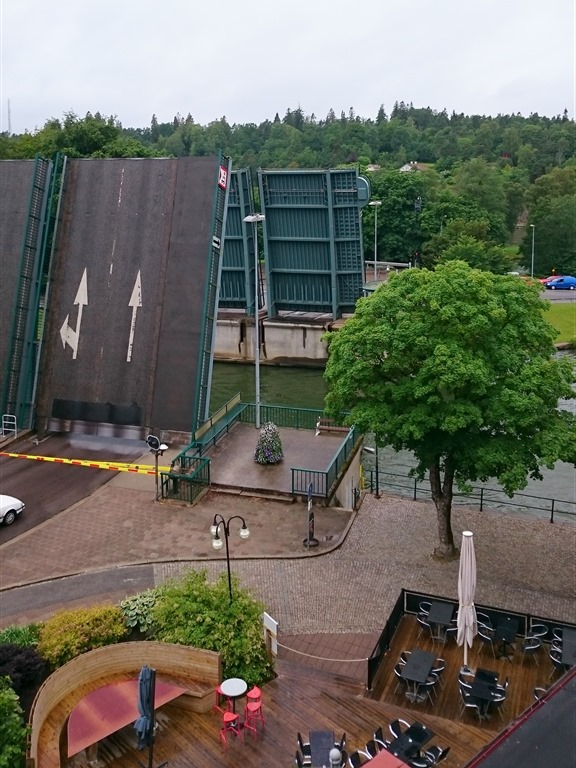 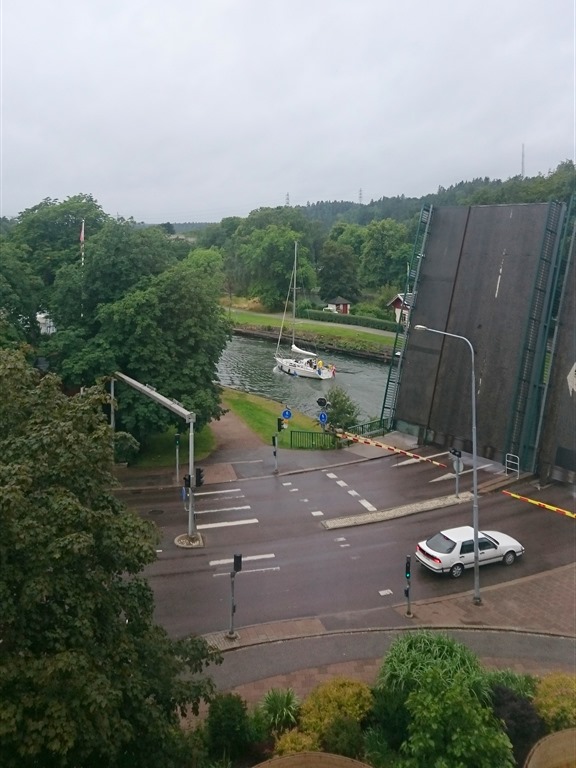 Linking to Mosaic Monday and Through My Lens