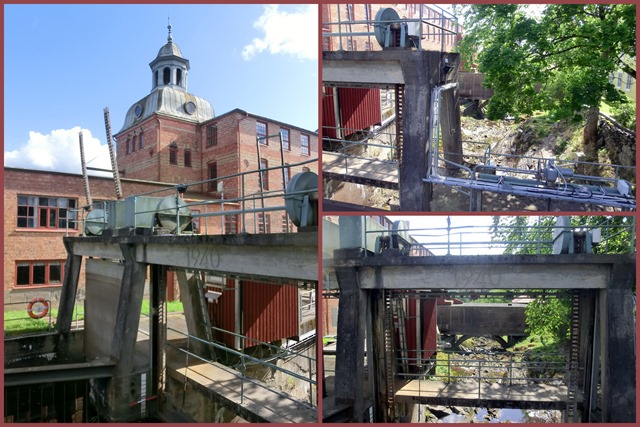 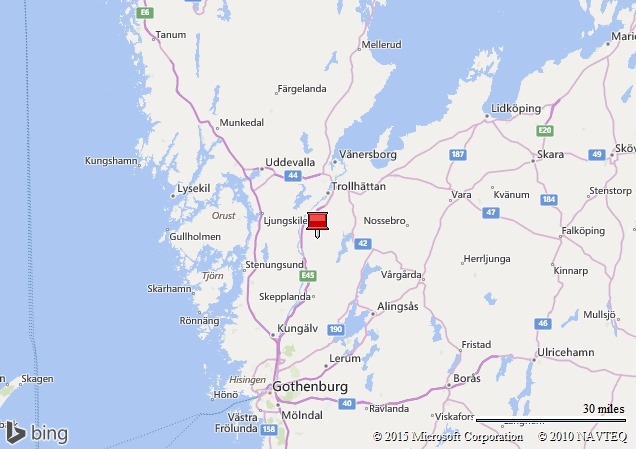 The cotton mill at Sjuntorp near Trollhättan was the second mechanical cotton spinning mill to be built in Sweden, back in 1831. Accoding to a Swedish Wiki article about it, the factory had its heyday in the 1940’s, when it employed about 1200 people. I’m not sure how many workers there were in my childhood back in the 1960’s; but I do know they were still employing new people then, as several of my classmates had parents working there, and some of them came moving here from other countries in Europe (mostly Finland).

I think it was in the 1970’s that the situation for the textile industriy deteriorated, and many textile mills all over the country had to close down (with production being moved abroad, where labour was/is cheaper). 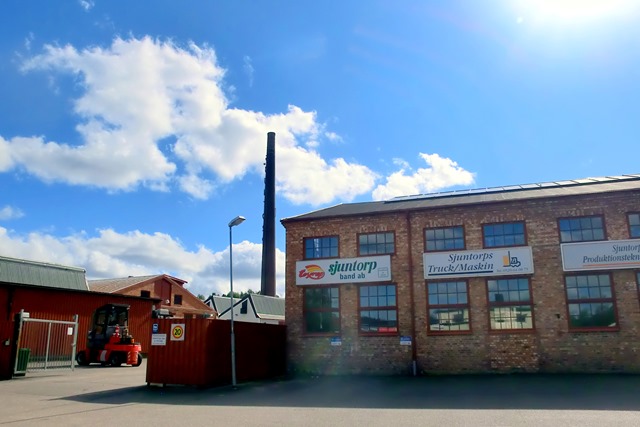 Nowadays the factory premises here seem to be shared by a variety of businesses – and only one of them a small textile company. 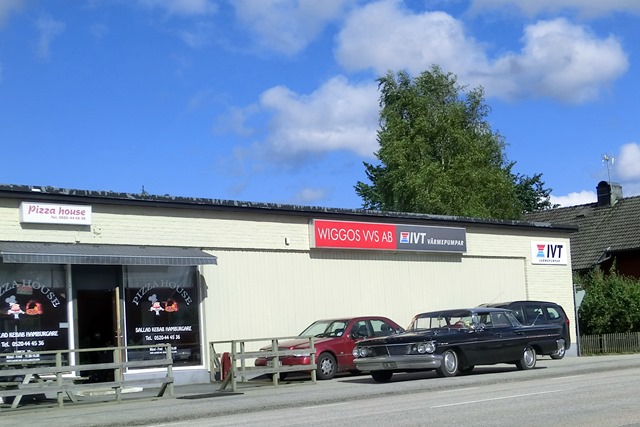 In my childhood, across the road from the factory there was a grocery shop and a post office; and I think also a kiosk in the square in front of the factory entrance. Now there’s a pizza house and that seems to be It. (The car parked in front looks like it might have been cruising around the village ever since the Kiosk times, though.)

No pizza places back in the 1960’s – but at the end of the village where we lived back then, there were two more grocery shops (one co-op and one private), plus a butcher’s, a bakery, a watchmaker’s shop, a newspaper kiosk, a community centre with a cinema (Sunday matinés), and even a police station. (Nowadays there’s one grocery shop.) 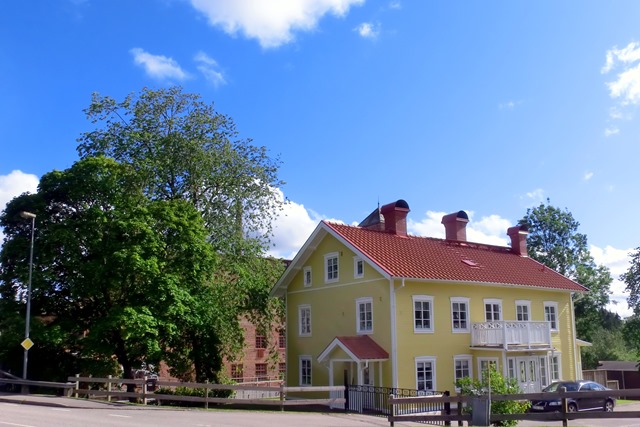 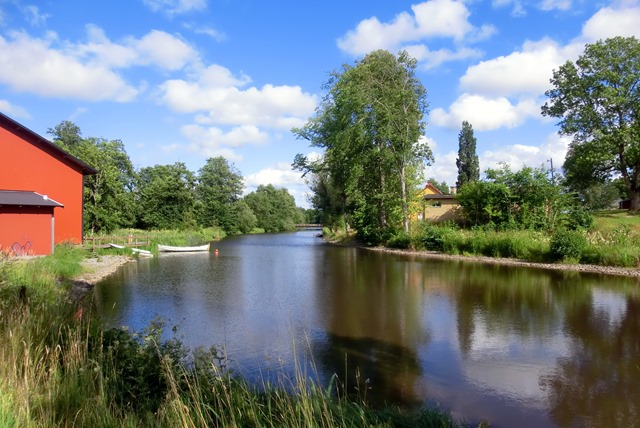 Peaceful view looking the other way along the river. 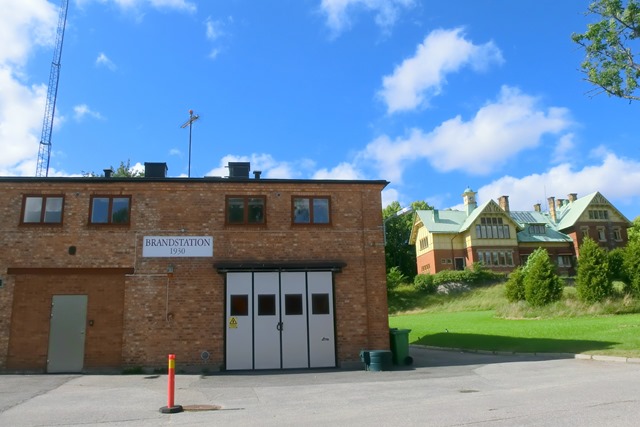 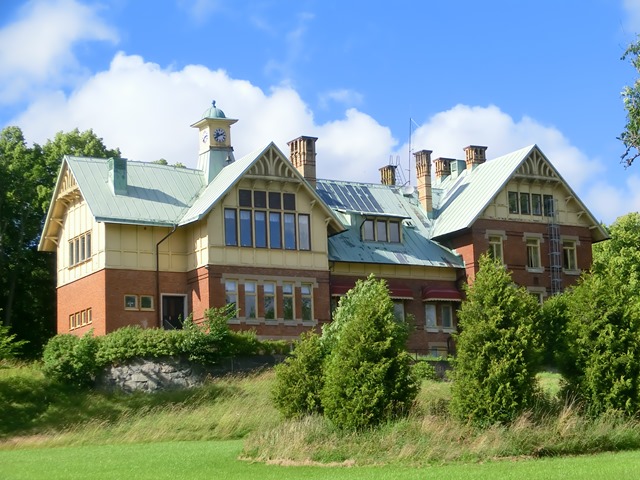 This quirky house half way up the hill was built around 1900 as Memorial to a deceased factory director (whose widow donated the money); and to serve as community centre for the factory workers back then, with dining hall, reading rooms etc. Nowadays it’s a B&B (but we did not stay there).

Back in my childhood, to me the factory was just a factory was just a factory (repetition intended!)… I never gave it much thought. Nowadays though, when I look at old industrial buildings like this from a century or more ago, I’m struck by how much pride and optimism is shown in the details of the architecture; with lots of purely decorative details in the brickwork, frames of door and windows, chimneys and towers etc. (Compare for example that flat pizza house building…)

Posted by DawnTreader at 21:22