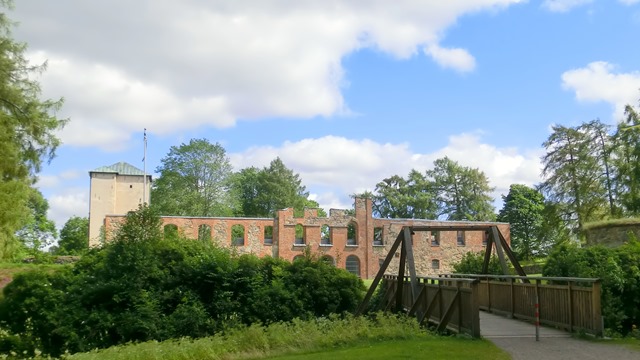 Gräfsnäs Castle (or Castle Ruin) today consists of an only partially restored ruin surrounded by a dry moat. Once upon a time though, this was a palatial fortress in Swedish-French Renaissance style, oringinally built in the mid 1550s. 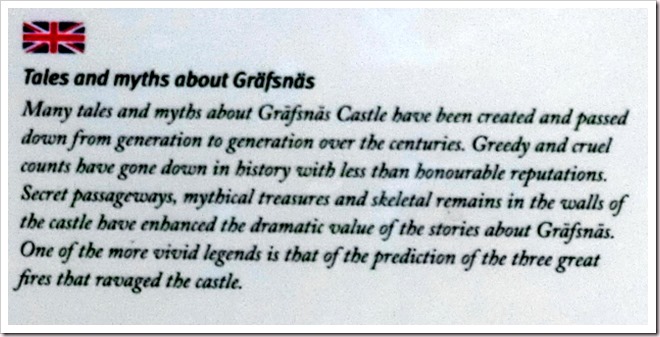 One old tale says that the fires were predicted already in the 1500s by a woman with reason to hate the family who owned the estate back then. She cast a curse on the place and said that it would burn three times, and after that remain derelict – which all came true…

Image of the castle drawn by Erik Dalbergh in the late 1600s.
(from Wikimedia) 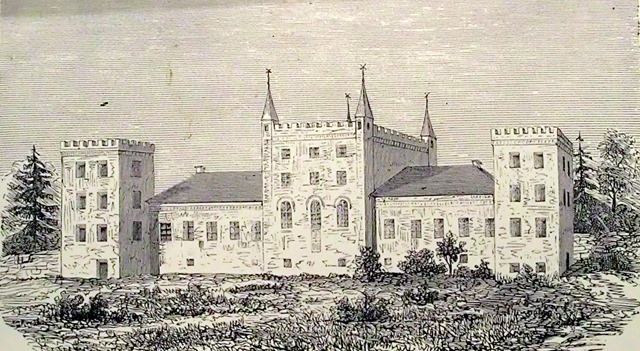 The castle before the last fire in 1834. 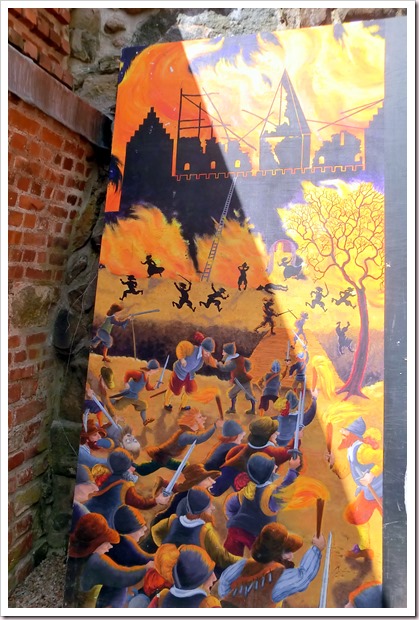 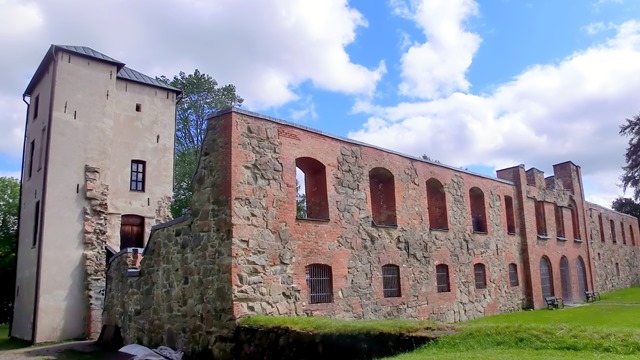 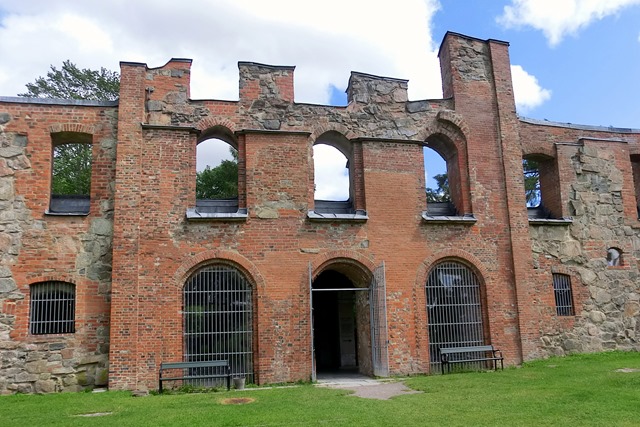 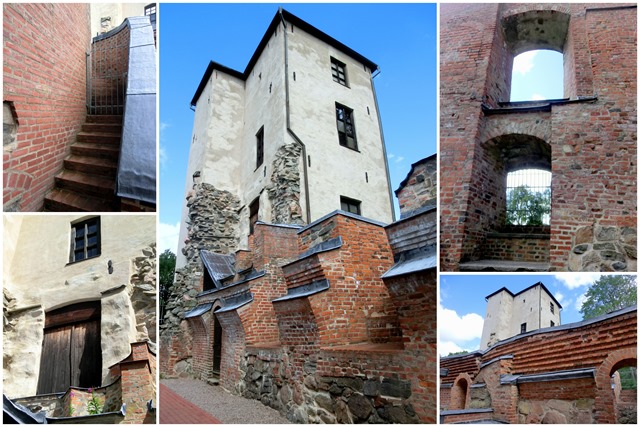 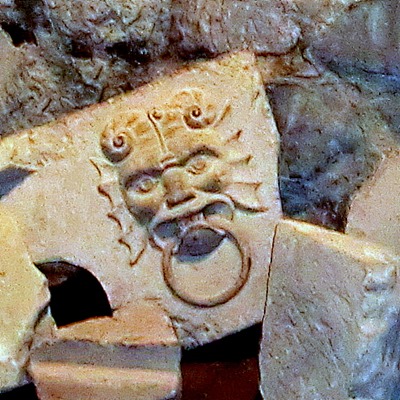 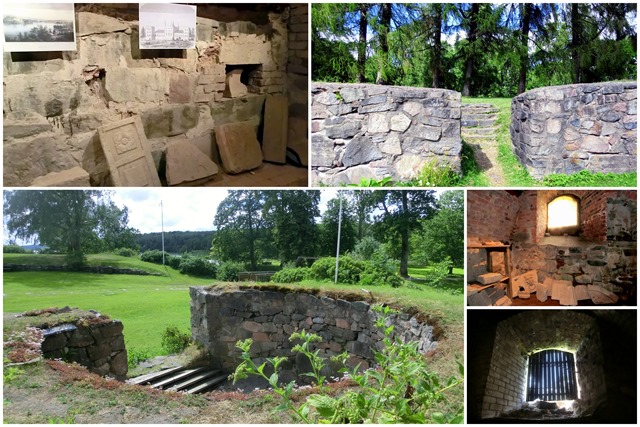 The castle ruins are beautifully situated on a hill overlooking the lake Anten. 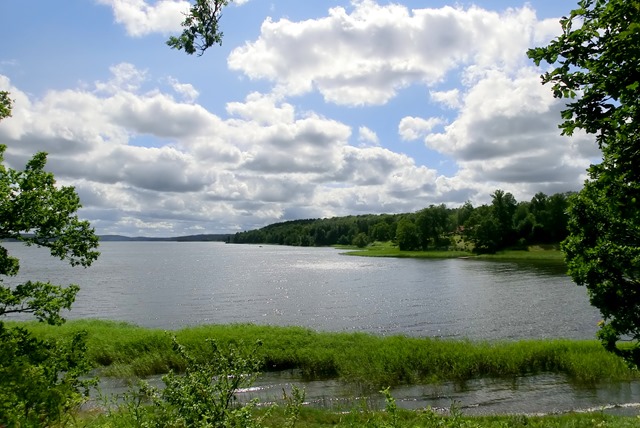 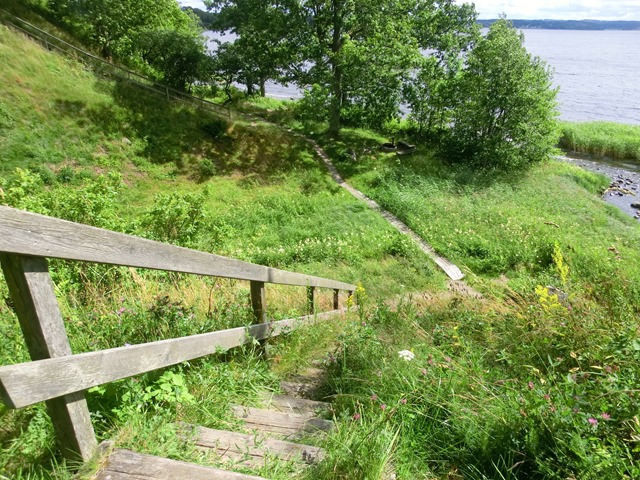 (I did not walk down/up these stairs…) 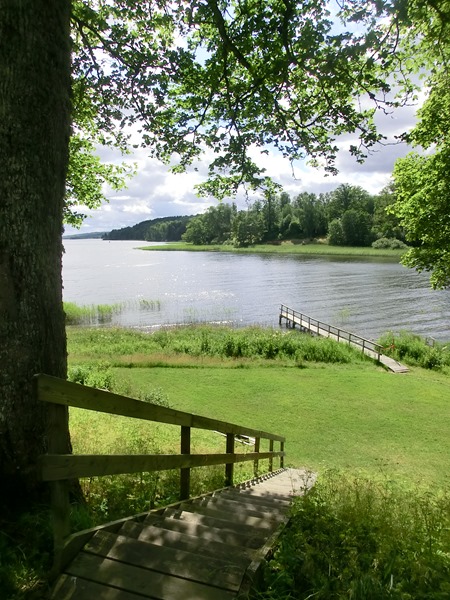 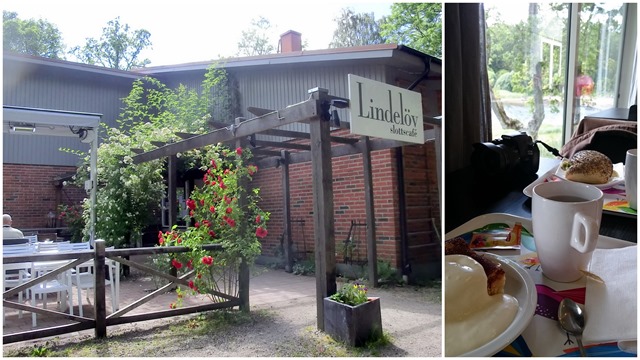 Finishing off our visit with tea/coffee at the modern café, also overlooking the lake.