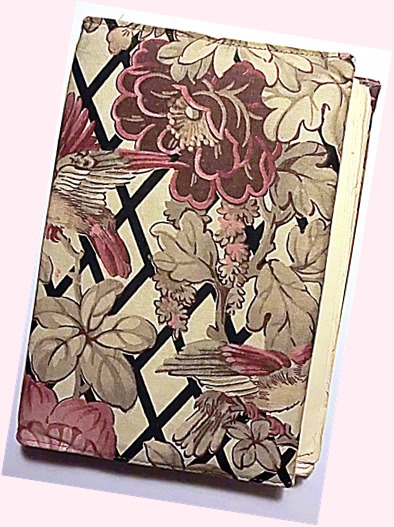 Today I was catching up on Meike’s blog From My Mental Library, and among her recent posts was one on Puzzles and Riddles, which stirred up memories, and made me comment:

I had a book of riddles in my childhood that had belonged to my dad. I'm not sure what happened to it... I know it was torn and tattered and barely kept together even then.

Having written that, I was struck by a thought, rose from the computer and went to have a look among some old books from my childhood (kind of hidden as they reside in a bookshelf covered by a curtain). I found what I was looking for in this old textile book cover, into which were tucked no less than three old books with the spine missing. One of them was the one with the riddles. (Gåtor in Swedish.) 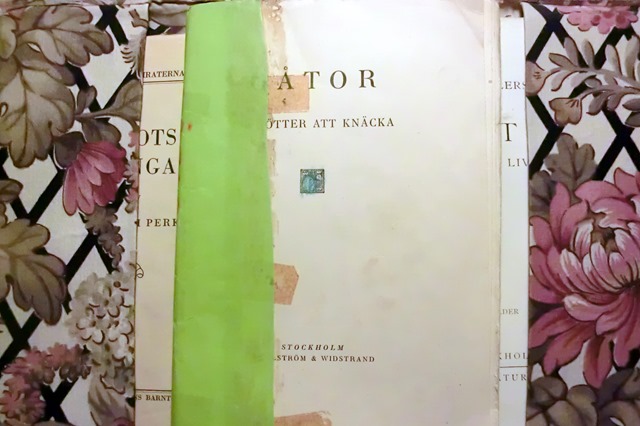 The printing year is 1926, and my dad was not born until 1931.
So the book may originally have belonged to my grandfather or my grandmother, even before they got married (which was in 1930).

Just glancing through the book now, I find many of the riddles untranslatable (being of the wordplay kind), and others more or less unintelligible to modern readers because of how our ways of life and thinking have changed over the last 90 years.

But I’ll follow Meike’s example and give you some to ponder.
(The numbers in brackets are for my own reference within the book.)