December 3–To Read Is To Travel 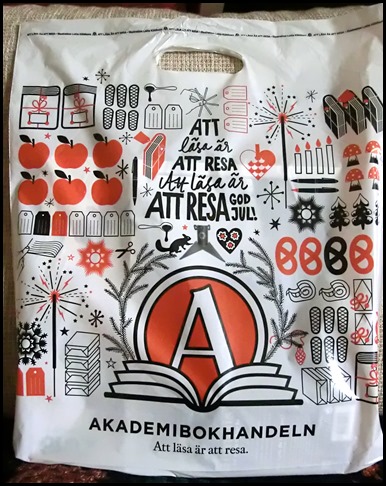 Sorry, I can’t open this bag and show you what’s inside!
Santa’s secrets! You’ll have to be content just looking at the  bag.
Which is a rather nice one, though, don’t you think?

… from the bookshop in town, which looks like this,
and is combined with a café called the Coffee Corner. 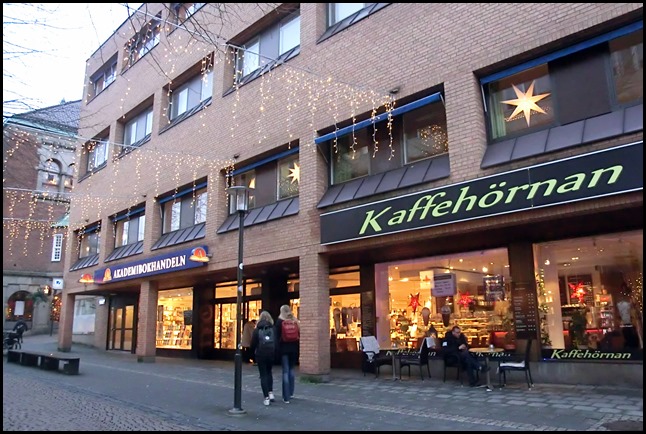 Also linking to: Friday My Town

While on the topic of books, here are my thoughts on the latest Elizabeth George, read in November (on my Kindle):

I know I’m not alone in feeling that Elizabeth George has been having trouble getting “back on track” with the Lynley/Havers series, ever since several books ago she did away with Lynley’s wife Deborah Helen (sorry about that). However, I felt already with the previous book, Just One Evil Act (which I read and reviewed here, two years ago) that she might be finding her way back; and this new one did have me turning (or clicking) the pages as well. In both these books, it’s Barbara who is in the focus of action more than Lynley.

The time aspect of the background story still keeps on lagging behind, though – and more so with every book. This novel again picks up pretty much where the last one left off. Which means that in “fictional time”, still only about 18 months have passed since the death of Lynley’ wife - while for the reader, that tragic event was ten real-time years and five lengthy novels ago… (For some hard-to-define reason I find it a bit of struggle every time to get back into the much shorter fictional time span.)

Aside from that, though, I’d say that Ms. George is back in pretty good story-telling form with this book. At first, the novel seems to follow a pretty straight forward storyline – starting with events taking place “thirty-nine months before”, and moving forward in chronological order until connecting to the “now” when our detectives become involved. It then continues with Barbara and Nkata working together carrying out investigations in Dorset, and Lynley in the background in London.

Of course, the apparent straight-forwardness of the “whodunit” story at the core of the book soon has to be reconsidered – both by the reader and by the detectives looking into it. The more that is revealed about the backgrounds of everyone involved, the more questions keep arising – not only about who may be the culprit, but even as to who should be considered as victim/s. The story involves some seriously twisted relationships, leading – as the title suggests – to “a banquet of consequences”.

Some of the characters involved in the story are a feminist writer/speaker; her very controlling personal assistant with a dysfunctional family background; and the feminist writer’s publisher, accompanied by an assistance dog.

In the background story, besides detectives Havers, Nkata, Lynley and their Superintendent Isabelle Ardery, we also see a bit more than usual of the superintendent’s secretary Dee Harriman, doing her best to improve Barbara’s sense of fashion (or lack thereof). (A bit of comic relief in between the more serious matters…)

A peek at some quotes highlighted by me during the reading:

“Four days stretched out like the creation of toffee.”

“… brick and stone villages where flint-banded buildings nosed directly to the edge of the roads like suckling puppies, and of churches everywhere as if the people of Dorset knew something about the hereafter that the rest of the country was oblivious to.”

“His own life had ground to a halt, so it was difficult to take in the reality that for everyone else, the struggle went on.”

“When someone’s gone, they’re gone, but what we’ve felt for them isn’t. To cope with that – having no place to put those feelings any longer – it takes a monumental effort of will.”

“What I mean is that one’s whole life is an autobiography, don’t you agree? Whether it gets written or not doesn’t make a difference. What goes into it, though? That’s what counts.” 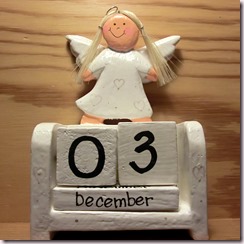