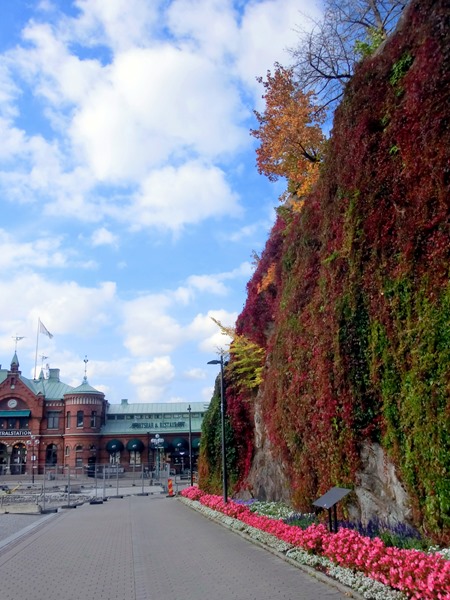 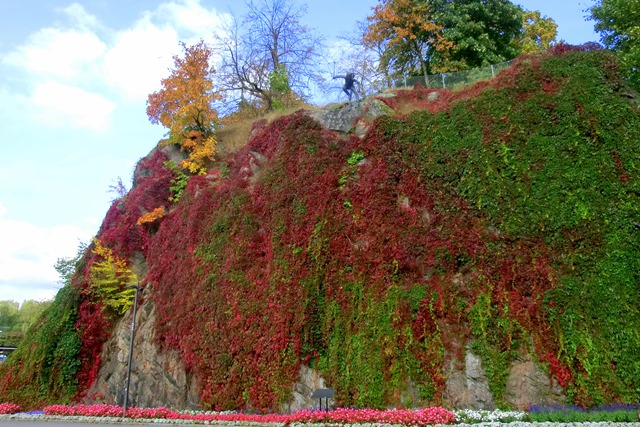 This rock near the railway station, covered with ivy, always looks magnificent in autumn. (Photos taken a couple a weeks ago, in late September.)

But what on earth is going on up there on the top of the rock?
I had to zoom in with the camera to see properly… 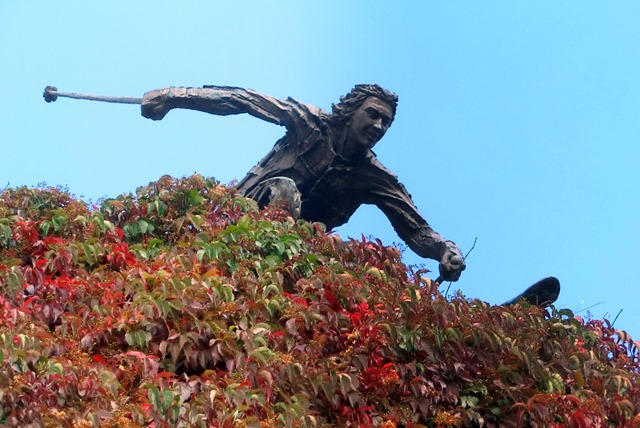 I’m not sure I’ve noticed this sculpture before… And it’s not included in the brochure for the summer’s sculpture biennale. How long has it been there?!

Checking up on it, I find articles on the web telling me that the sculpture’s name is “Passion Extreme”, and it was actually put in place on top of that rock in mid May this year; in commemoration of an adventurer, climber and extreme skier who grew up in this town (Tomas Olsson) but died ten years ago in an attempt to ski down the north side of Mount Everest. The bronze sculpture was made by the Swedish sculptor Richard Brixel and donated to the town by a couple of local entrepreneurs.

I have to admit that personally, I’ve never really “understood” the kind of adventure spirit that makes people want to try extreme things like that. But I suppose that without that kind of people, a large part of the world would still remain unexplored, and many things we now take for granted would never have been discovered or invented…

Linking to Ruby Tuesday and Our World Tuesday.