“pick and choose” – (a phrase that has survived since the 1400s!)
- to choose very carefully from a number of possibilities; to be selective
- to take only what you want from a group
- to select with great care 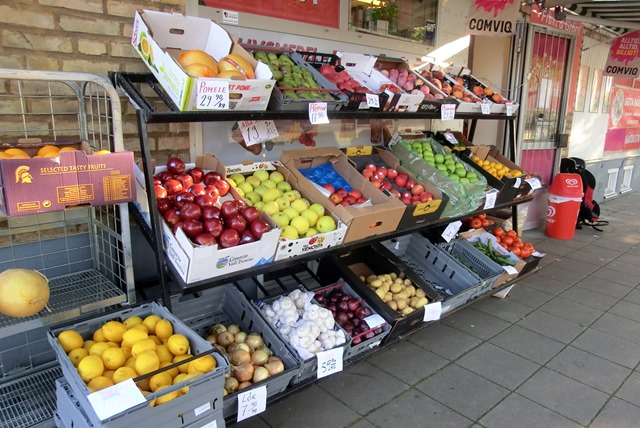 In a comment on my recent post ‘Merry-go-round’, someone wanted to know what my favorite TV channels are. Considering that I live in Sweden, and most of my readers don’t, I doubt that a mere list of those channels would be very informative... So I’d probably better take a slightly different approach to the topic!

National Swedish Television (SVT – the equivalent of British BBC if you will) has two major channels: SVT1 (our first and still dominant TV channel, with a mix of all genres) and SVT2 (focusing on news, current affairs, factual and arts). They also have a separate channel for children’s programs in the daytime, shifting to news and some other stuff at night; and yet another channel focusing on educational stuff (science, history etc). The SVT channels are available by terrestrial broadcasting and free from commercial advertising (financed by television license).

There is also one major advertising-financed channel (TV4) available via terrestrial broadcasting. For all others I think you need to be on cable or satellite, and pay extra.

The extended package of channels that I decided on now (in connection with the switch of cable system in the building where I live) comprises about a dozen; out of which I think six are the same that I had on the old cable, and got used to having (and watch). Telling you that besides 1, 2 and 4, my favourite channels are 3, 5, 6, 7 and 8 probably won’t make you any wiser, though!

So… Better perhaps to say that my preferences include drama series (and films), certain documentaries (history, for example), and also some shows featuring topics like house hunting, home improvement, arts and antiques – especially when you also get to see some interesting places and learn a bit about history and traditions. (British examples: Escape to the Country, Antiques Road Trip, Time Team.) What I’m not usually very interested in watching is sports, cooking shows, and ‘Big Brother’ kind of (so-called) ‘reality’ shows.

As regular readers of this blog will know, my preferences also lean strongly towards anything British…

Besides Swedish, British and American programs are what we get most of here (even if occasionally other languages too). And except with children’s programs, we always get the original language, with subtexts.

Posted by DawnTreader at 22:59