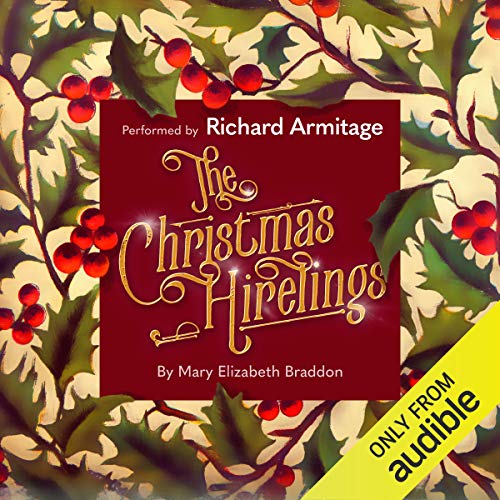 Mary Elizabeth Braddon (1835 – 1915) was an English popular novelist of the Victorian era.

I don’t think I ever heard of her before; but I downloaded this audiobook for a bit of (free) Christmas listening…

I’d say the story is rather typical of its time… in the spirit of for example Charles Dickens. Sir John, an elderly man of high principles, lives alone on a big estate in Cornwall, with a niece as housekeeper, and a friend, Danby, frequently staying with him (moving around from one friend to another other over the year). This year, Danby suggests that Sir John ought to “hire” some children to come and stay for Christmas to cheer things up a bit – and he offers to arrange it. Sir John is sceptical, but accepts. Three children arrive; and especially the youngest, a little girl, manages (of course) to find her way into the affections of the grumpy old man. Mysteriously, the little girl also turns out to bear an uncanny likeness to a girl on a painting in the old house… Well, you can probably more or less guess how things go from there – adding a few dramatic turns, of course, but leading to a happy ending eventually… :-)

Well narrated by Richard Armitage; and yet I have to admit I kept falling asleep while listening, and had to rewind several times to catch up with where I was… So: good bed-time story; but all in all it took me more than the four hours to get through it!

(This has not been my sole reading/listening in December; but will probably remain the only book both started and finished within this month.)