Fantastic Beasts 2: The Crimes of Grindelwald
The Original Screenplay
by J.K. Rowling

I have not yet seen the film (I’ll probably wait until it’s released on DVD/BRD) – but I read the script! Something I’ve only said once before in my life, and that was (of course) with the first Fantastic Beasts film, a couple of years ago… Back then, I bought a printed copy, wich was my intention to do with this one as well. As I’d been able to buy the last three Harry Potter books, and the script for the stage play The Cursed Child, and the first Fantastic Beasts in my local bookshop on the very day of world-wide release for each of them, in English, I took for granted that I’d be able to do the same with this one. So was rather disappointed when it turned out they didn’t have it – and moreover, hadn’t even ordered it! They did offer to order it for me if I wished… But I said no thanks and went home and downloaded it instantly to my Kindle instead… Their loss, my gain! It turned out the screenplay format was really just as readable on the Kindle – including the artsy black&white illustrations, of the same kind as in the first book.

The first film/script was set in New York in the 1920s and tells the story of events in the magical world there that ended with the dark wizard Gellert Grindelwald being captured by Newt Scamander. In this sequel (which I understand is to be followed by no less than three more films), Grindelwald is on the loose again, over in Europe, and of course up to no good… Historically, we’re still in the between-the-world-wars period. This time we get to see a bit of the French ministry of magic; and also get a glimpse of Hogwarts back in those days, and a younger Albus Dumbledore – who for certain reasons cannot go after Grindelwald himself, but has to persuade Newt to take up the chase. We also get to meet some of Newt’s friends from the first film again. (And of course also some Fantastic Beasts, which I look forward to seeing on screen…)

Once again, even though this is “just” a sparsely-worded screenplay rather than a long novel, I’m amazed at J.K. Rowlings story-telling skills, and not least at how much more “facts” about her wizarding world that must have been in her head already when she wrote the HP books.

After reading this screenplay twice, I felt a need to go back and also reread the last book of the Harry Potter series - The Deathly Hallows - paying special attention to the many passages within that book that include references to Dumbledore’s past…

… which makes me look forward to the next three Fantastic Beast films as well…!

Previously in November, I also happened to (digitally) stumble upon C.S. Lewis’s Narnia series as audio books – in German. I’ve already read and listened to them countless times in English… But decided that they might also make good listening practice for me in German (as it helps that I already know the stories…) – and at the same time, I have also noticed that reading a familiar book in another language sometimes also brings some new observations and thoughts to mind… So I got started upon this adventure in November So far I’ve listened to two of them. I will continue with the rest whenever I happen to feel like it… (I bought the whole series as it looked like the price might have been temporarily reduced). 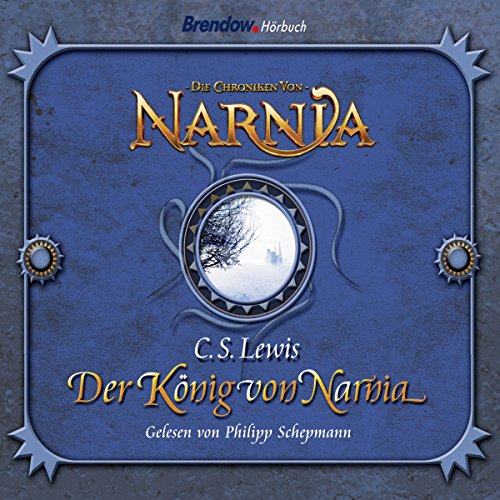 Der König von Narnia – The Lion, the Witch and the Wardrobe 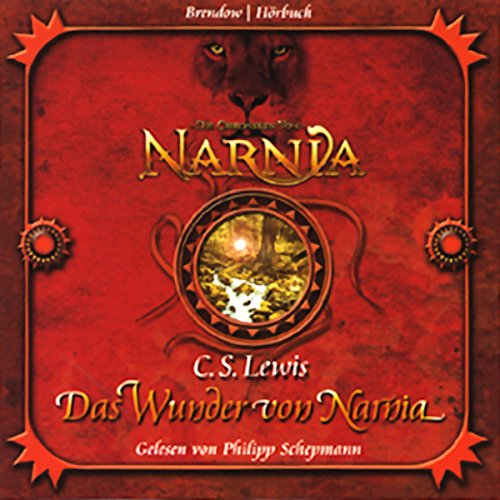 Reading Kate Morton’s latest novel The Clockmaker’s Daughter in October – and discussions related to my review of that - made me realise that I had completely forgotten what her previous novel The Lake House was about – in fact, even made me wonder if I had read it. Turned out I had it both on my Kindle and as Audio, though, and according to the list I keep on my computer I did read it in November 2015. But I don’t seem to have got round to writing a review. So I decided to read it again. I started it in November and have been alternating between reading on Kindle and listening to the Audio, but I still have some chapters to go. It’s a long novel, another one of those written in “layer upon layer”. The story stretches through the life-time of one of the characters, but parts of it are told from the points of view of other people, both in the present and the past. And with each version you get to hear, the complexity of the story grows… Not having reached the end yet, I’m still not sure there aren’t more surprises waiting that I’ve forgotten about!  I’ll just give you the publisher’s introduction below. (Also for my own sake, in case I forget it again…) 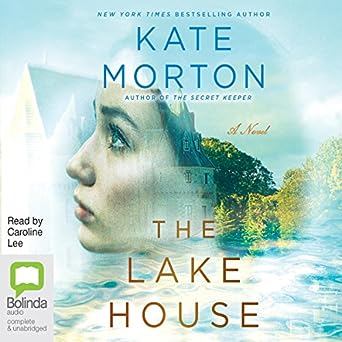 Publisher’s summary: Living on her family's gorgeous lakeside estate in Cornwall, England, Alice Edevane is a bright, clever, inquisitive, innocent, and precociously talented 14 year old who loves to write stories. But the mysteries she pens are no match for the one her family is about to endure....

One midsummer's eve, after a beautiful party drawing hundreds of guests to the estate has ended, the Edevanes discover that their youngest son, Theo, has vanished without a trace. What follows is a tragedy that tears the family apart in ways they never imagined, leaving their estate as empty as their broken hearts.

Nearly 60 years later, having enjoyed a long, successful career as an author, Alice is now 80 years old and living in London. Theo's case has never been solved, though Alice still harbours a suspicion as to the culprit.

Miles away, Sadie Sparrow, a young detective in the London police force, is staying at her grandfather's house in Cornwall. While out walking one day, she stumbles upon the old estate - now crumbling and covered with vines, clearly abandoned long ago. Her curiosity is sparked, setting off a series of events that will bring her and Alice together and reveal shocking truths about a past long gone... yet more present than ever.

A lush, atmospheric tale of intertwined destinies, this latest novel from a masterful storyteller is spellbinding and satisfying.