A Snowpeople post by Yorkshire Pudding today informed me that there has been a minor media storm in Britain about referring to snowmen as "snow people". This sent me in search of a certain photo in one of my childhood photo albums… Contributing a piece of evidence that not all snowpeople were SnowMen in the past, either. There were SnowLadies as well! (I somehow think she would have objected to any other title.) 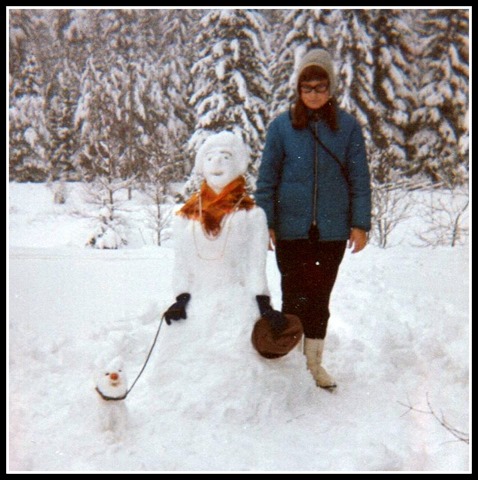 The young artist with her creation Grevinnan von Snöö (The Countess von Snow) back in 1969.

Snö is the Swedish word for snow. The spelling von Snöö with double ö was deliberate. The Swedish nobility often embroidered their names a bit extra like that.
(I’m afraid I can’t remember the name of the dog. It’s not written down in my album!)

Posted by DawnTreader at 19:39