Weekend Reflections: Let There Be Light (2) 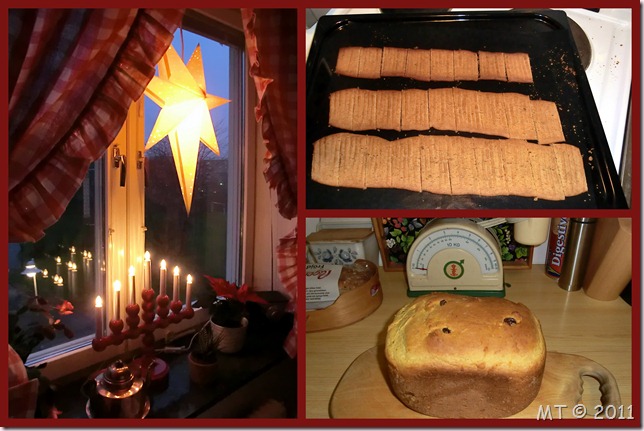 Last weekend we had the official lighting of the Christmas lights in town. Since then, I have also been getting my own lights up. As this is the darkest time of the year here in Sweden, I enjoy getting my window lights up in time for the 1st Advent Sunday. Electric candlesticks and advent stars in the windows are very common here during the month of December.

Back in my childhood, I think most people had only one of each. Nowadays it is not uncommon to have one in each window. I say that to defend the fact that as of this year, I myself do have four electric candlesticks (one in each window) + two stars (on in the kitchen and one in the study) + a chain of lights on the balcony…

I’m glad of that, because I don’t think I could have waited another week to put up my lights! That feeling may have something to do with the last three years being so full of worries (for my elderly parents, now both gone). This December, no worries of that kind; but still a lingering sort of melancholy, and trying to find my own way and will among old traditions and perhaps new ones, memories and future. Whichever way one turns, this time of year will always be full of reminders: lights and decorations, special kinds of food and drink, and spicy smells.

I decided to get a new electric candlestick for the kitchen window this year, to replace an old one which I’ve had too long. So I went to two different shops in town to have a look – and found one in each shop which took my fancy. One seemed more right for the kitchen though, so I bought that one. 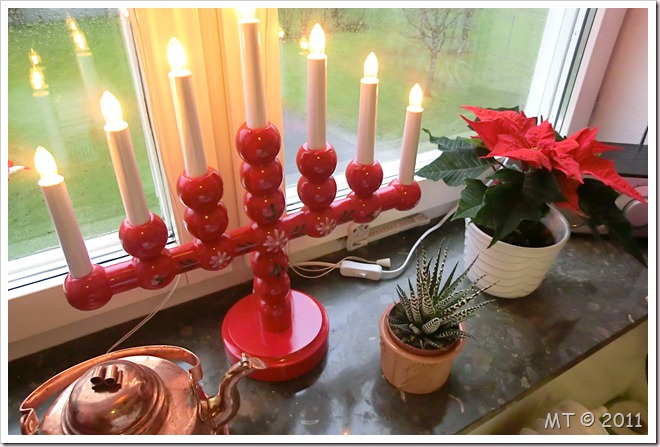 However, a couple of days later I found myself going back to to buy the other one as well; because my mind had not let go of it, and just kept telling me how good it would look in my bedroom… As indeed it does! 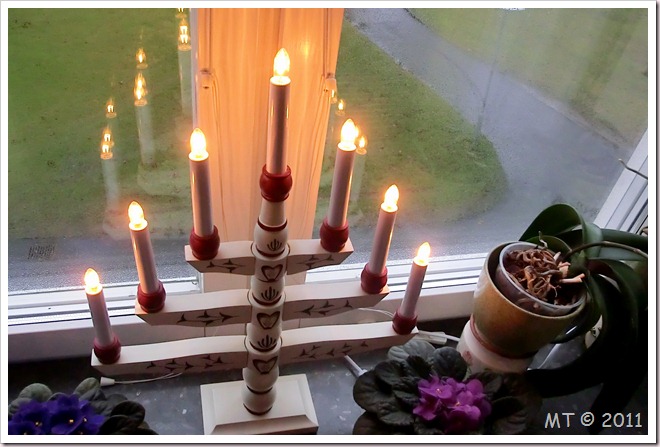 Today * Yesterday, with all the candlesticks in place, and the sounds of storm and rain outside, I was inspired to also add the delicious time-of-the-year smells of saffron and gingerbread to the atmosphere... First I made a saffron loaf in my bread maker; and then ‘shortcut’ gingerbread biscuits. So called by me because I let the food processor do most of the job, and no rolling-pins or pastry-cutters involved. But you still get the right smell and taste!

* Some technical problem got in the way of posting this Friday evening.
Hope for better luck today!

Posted by DawnTreader at 16:31