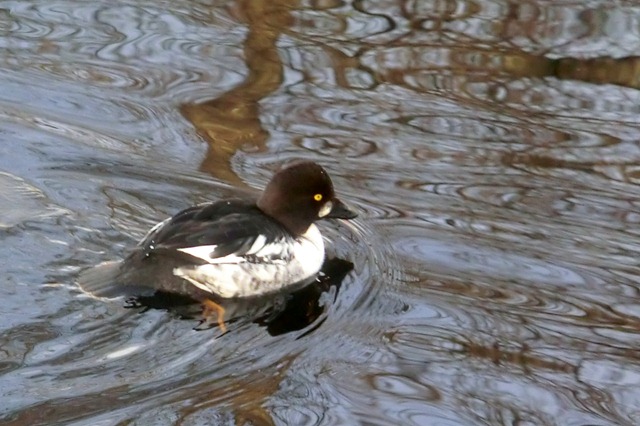 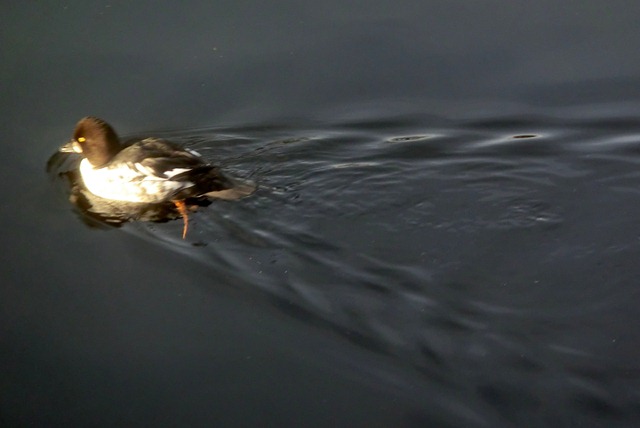 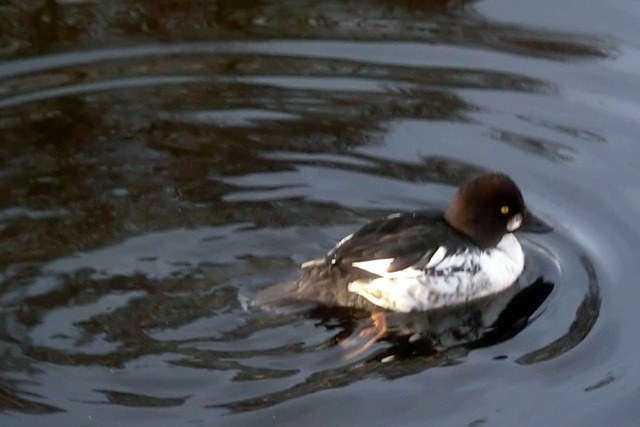 They are found in the lakes and rivers of boreal forests across Canada and the northern United States, Scandinavia and northern Russia. They are migratory and most winter in protected coastal waters or open inland waters at more temperate latitudes. (Wikipedia)

We have one or a few of these in the river near where I live. When I first noticed them a few years ago there was a couple. Then the following year or two the drake was alone (usually hanging out with or near the mallards). Then he had a new mate, and they had little’uns – I think that was 2 summers ago. Last summer I just saw a lonely male again (assuming him to be the same one). But recently this winter, just a few weeks ago, I saw a whole little group of them (five or six) - possibly a family reunion… (I’m not sure of their social habits!) Yesterday however there was just this one on his own again, swimming back and forth across the river near the bridge I was walking on.

Posted by DawnTreader at 13:32