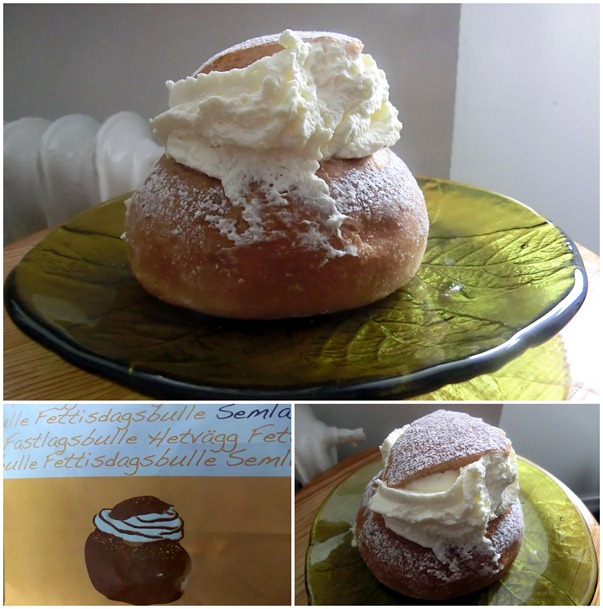 A semla (also known by a few other names in Swedish)is a sweet roll associated (in this part of the world) with Lent and especially Shrove Tuesday /Fat Tuesday. The original version of the semla was a plain bun, eaten in a bowl of warm milk. Nowadays, it’s a cardamom-spiced wheat bun which has its top cut off and insides scooped out, and is then filled with a mix of the scooped-out bread, milk and almond paste, topped with whipped cream. The cut-off top serves as a lid and is dusted with powdered sugar. Today it is often eaten on its own, with coffee or tea. And some cafés sell them all year round, not just this time of year.

In my childhood (in my family) we ate them every Tuesday during Lent and served with hot milk. I still only eat them this time of year – but not with milk, and not every week either. I did buy one last week though, to cheer myself up on an icy gray dismal day!