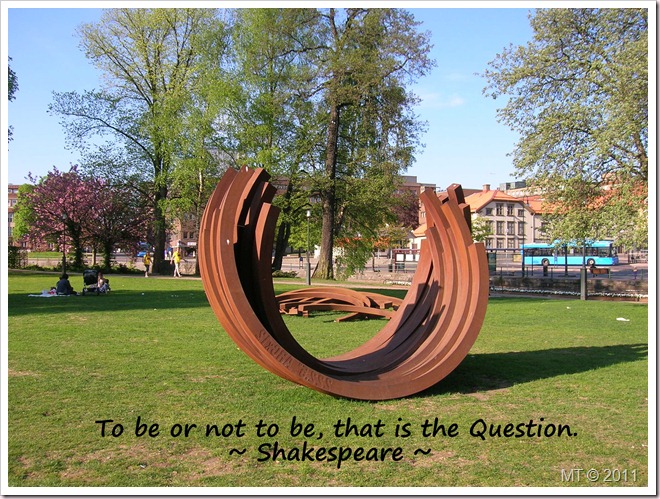 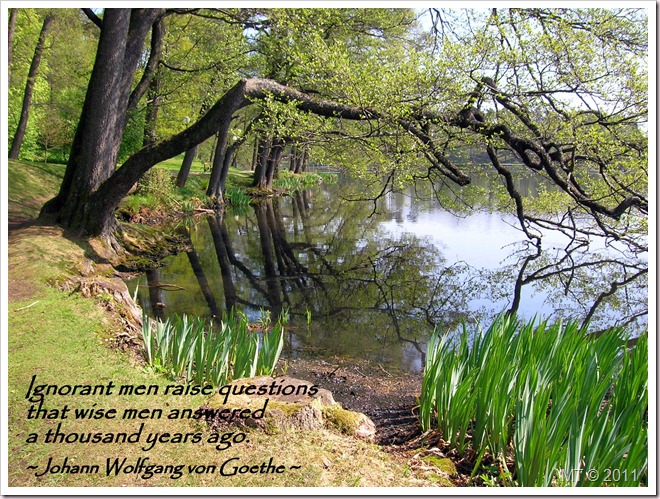 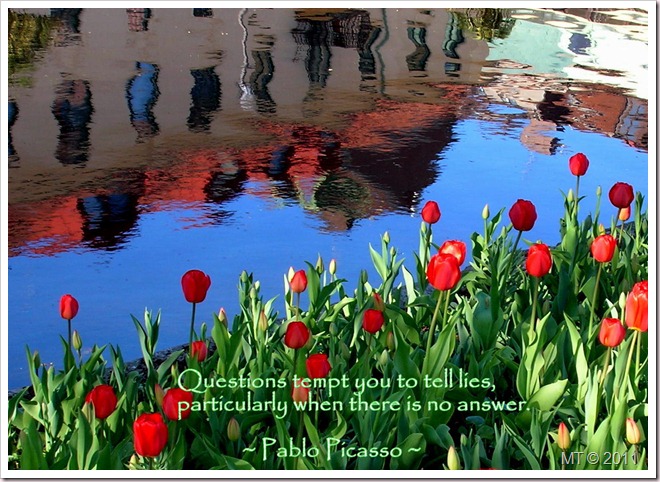 Just recently on some blog (can’t remember which) I came across the word “quotography” for the combination of quotes and photography. Googling gave 12,600 results so I guess it’s been around for a while. Anyway I’d been practicing it before I had a word for it… Since long before personal computers and digital photography, I have always enjoyed making collages of texts and pictures. I used to collect quotes in a notebook – still do, but nowadays it’s usually easier to just search the internet, whether you know what it is you’re looking for or not!

The three photos above are all from the last week, and since this week’s letter is Q, I searched for quotes about questions.

Just in case some reader who actually knows my town should find themselves a little bewildered by the first picture: That one has been reversed. And I had a purpose behind doing that, can you guess what?? (You’ll find the answer at the bottom of this post.)

Actually that sculpture has been raising questions in my mind for a week or more now.  The thing is, we had a very similar one in a different spot in the park before. Or actually, originally it was placed in this spot, and then it was moved. So when I first saw this one, from a distance, I thought they had just moved it again - and were not quite finished assembling it yet. I.e. I was assuming that the arcs still lying on the ground were meant to stand up as well. But they’re still just lying there… Hmm… To be or not to be raised, that is the question! 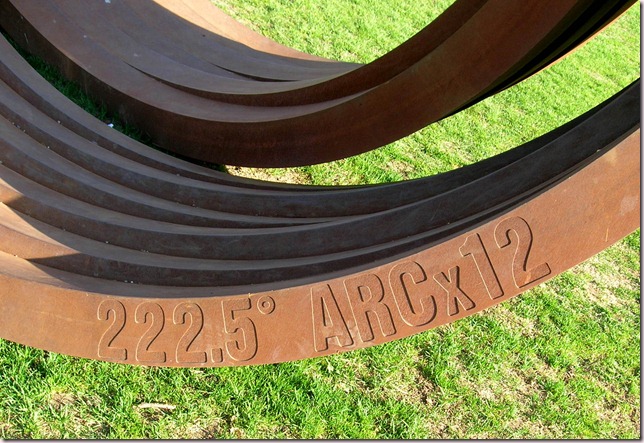 Searching for answers, I found that the sculpture we had on show last year was Arc x 5, but this is Arc x 12.  Googling the artist, Bernar Venet, I also found that he seems really obsessed with these arcs... (Click on the link and I think you’ll see what I mean.) Perhaps he had some left over that wouldn’t stand up … ;) … No, I guess I have to conclude that they’re supposed to be as they are. I still question why, though!

Did you guess yet why I reversed the top image before adding the quote? With the shadow on the right, it reminds of the letter Q!