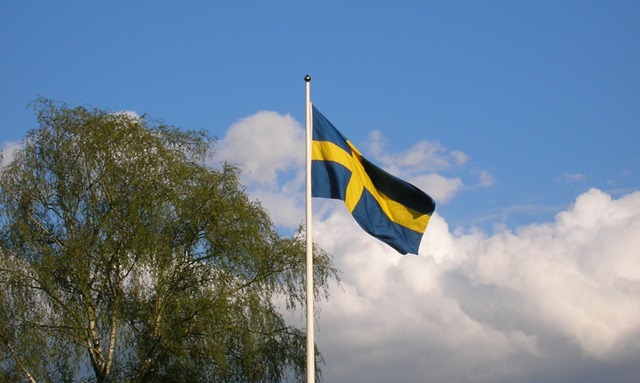 30 April in Sweden is ‘Valborg’, in English Walpurgis Night, a traditional spring festival; followed here by 1st May which is our Labour Day and a national holiday (which this year happened to fall on a Sunday, so no extra holiday).

One kind of Walpurgis Night Celebrations usually involves gathering around a bonfire, listening to choirs singing rather solemn traditional spring songs, and some local celebrity greeting spring with a speech.

Another tradition is that students of technical secondary schools and colleges arrange a sort of festival parade (we call it cortege), with mobile scenes that are often supposed to refer to recent political or other local, national or world events.

In the past I’ve quite often gone with friends to events of the former kind (singing and/or bonfire). Only rarely have I gone to see the cortege, since I’m not really a big fan of crowds and lots of noise. However… This Valborg I had no plans, but it was a fine evening, and since I live only ten minutes walk from the school from where the cortege was to start (around 7 pm) I decided to go for a walk and see if I could snatch a few pictures for the blog. 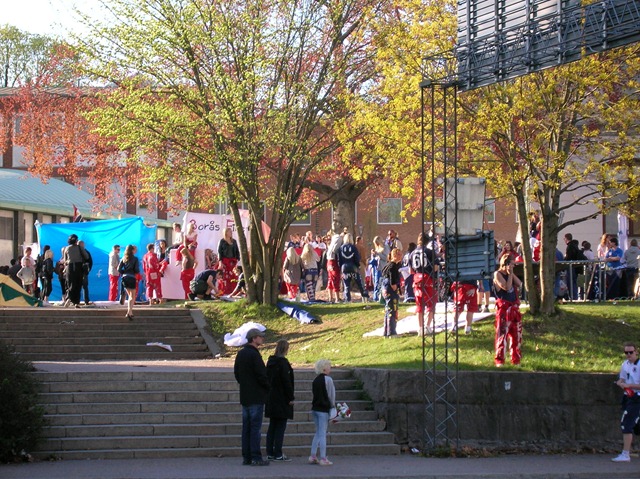 Students in the school yard waiting to go in the parade. 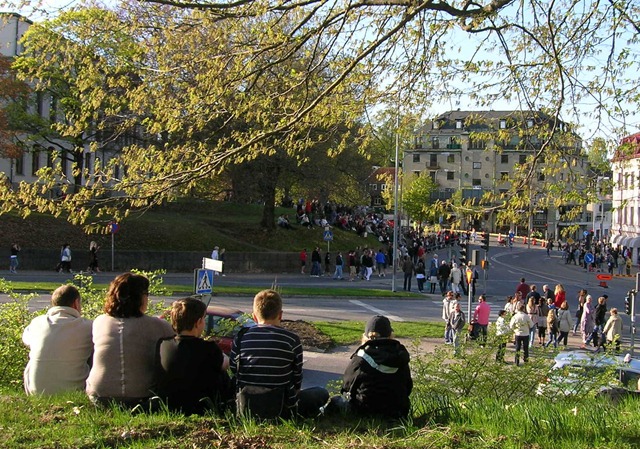 Spectators starting to gather. Some of us thought the hill opposite the school would be a good place. As it turned out, it wasn’t. 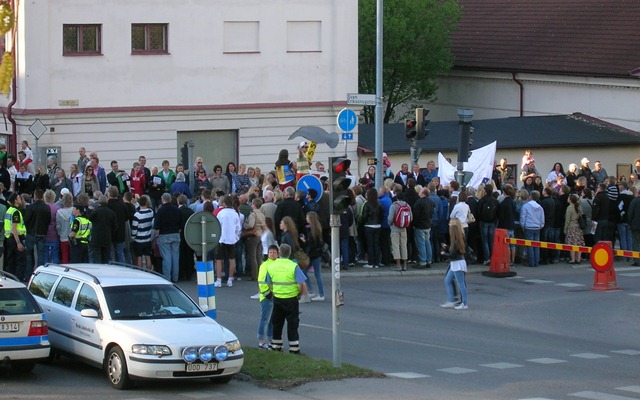 Oops, there they come… And we don’t see a thing, except there seems to be a big hammer sticking up there in the crowd… 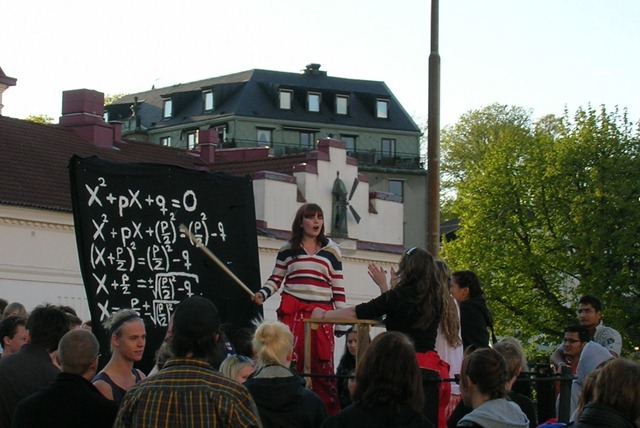 I have moved closer… But math was never my thing, I have no idea what this is supposed to be about. School, perhaps? 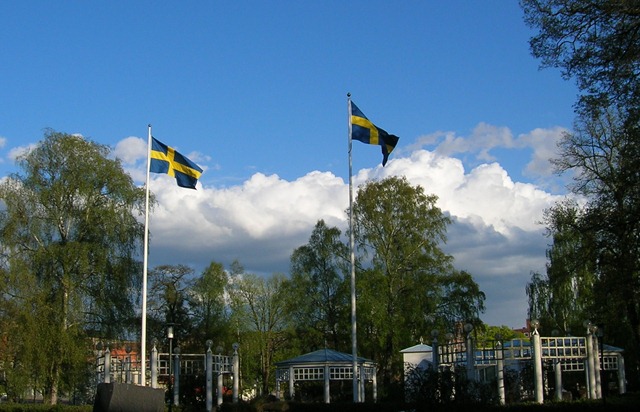 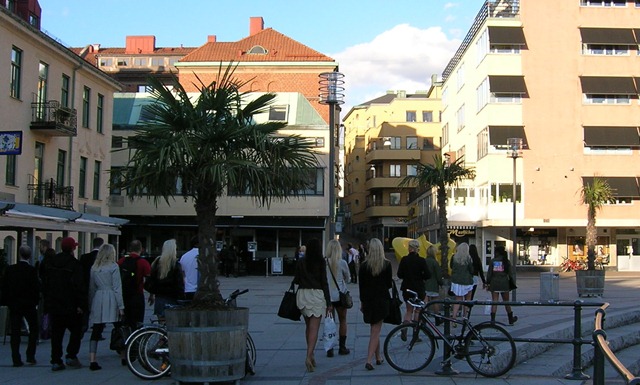 Back with the crowd. Lots of people moving in the same direction; some dressed for partying all night, by the looks of it. 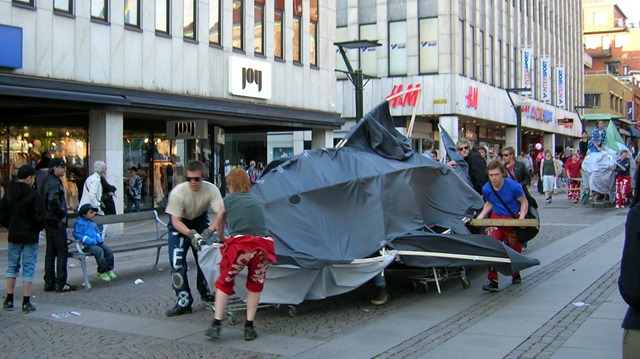 Some kind of big fish approaching, built on top of a number of shopping carts… By now they’re having trouble keeping it together!  Is it supposed to symbolize something? Again I have no idea… 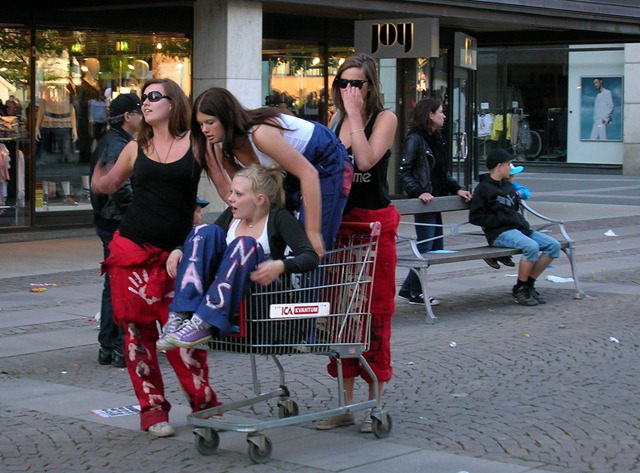 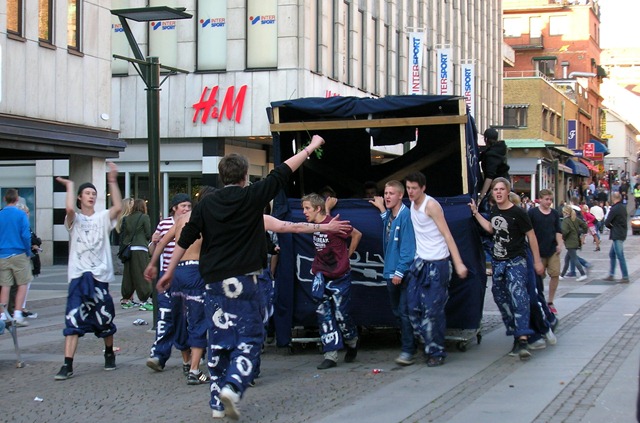 I think this was a protest against changes in the bus service. It had "[name of bus company] makes people walk” painted on the side. 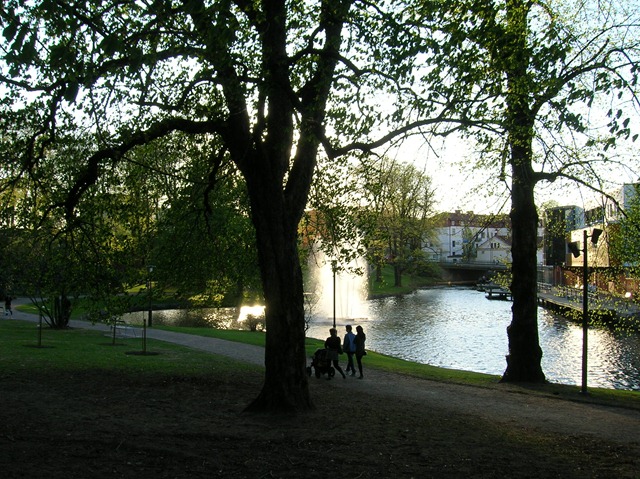 Phew… Like these people, I think I’ve seen enough… Turning back home, leaving the noise of the town behind!