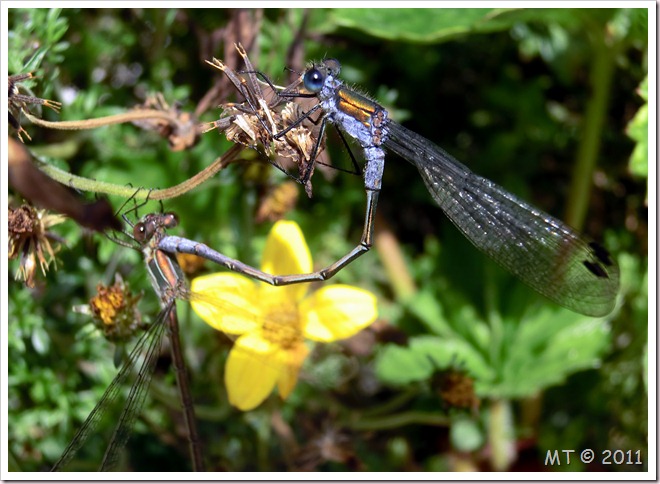 Last Thursday, while waiting for the King and Queen (she says casually, once more slipping it into conversation as if this was a common occurrence), I was standing on this bridge across the river, the railings covered with flowers ▼ 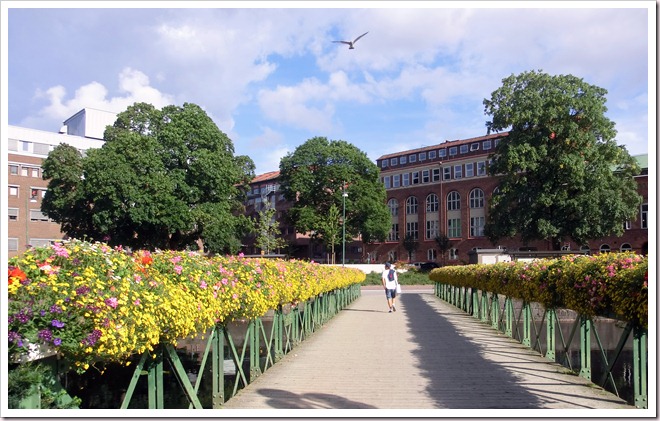 ▲ This photo of the bridge is from another day, earlier in August. These flowers were not especially for the royal visit – they’ve been there all summer for us all to enjoy. Anyway, there I stood, waiting for the King and Queen last Thursday, together with a few other people, and the camera of course at hand, when my eye was drawn to this other, comparatively rather insignificant little couple. Very attractive, of course - but very small, I’d say only about 4 cm or so. I’ve seen them along the river before but never managed to catch them with the camera. But now they landed – coupled as they were – on the flowers on the railing just next to where I was standing. Perfect chance of close-ups! ▼ 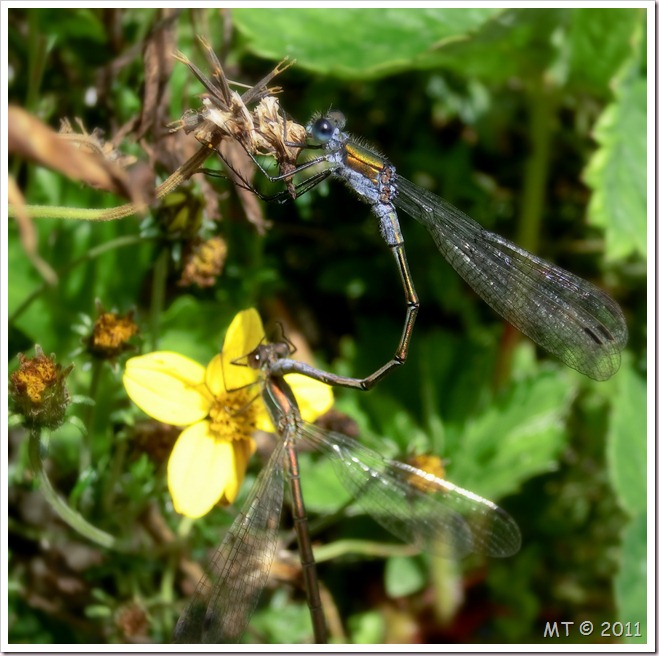 Actually I was just as excited to get these camera shots as any of the others I managed that day (if not more)! 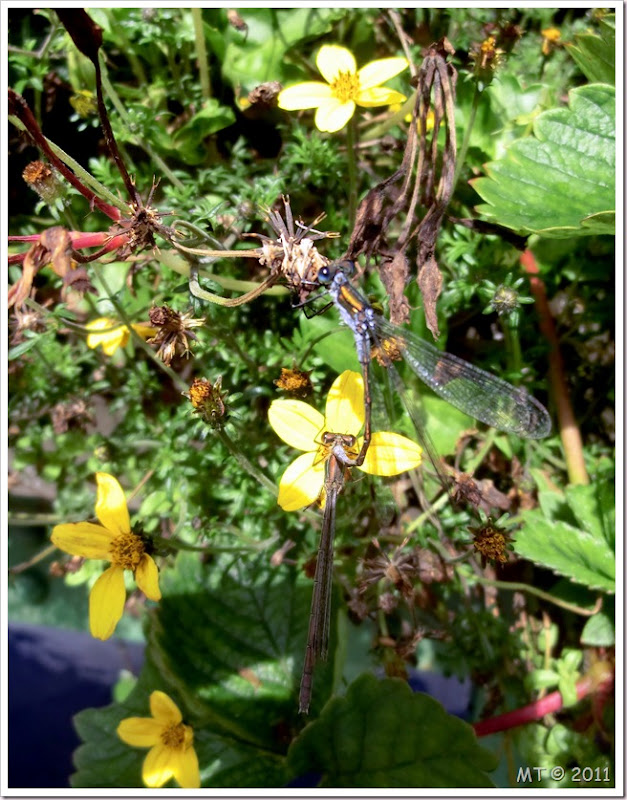 Having spent some time on internet research afterwards, I think I have arrived at the conclusion that they must be Emerald Damselflies  (Swedish: Allmän smaragdflickslända)

In Sweden this is one of the most common damselflies and they fly between July and September. 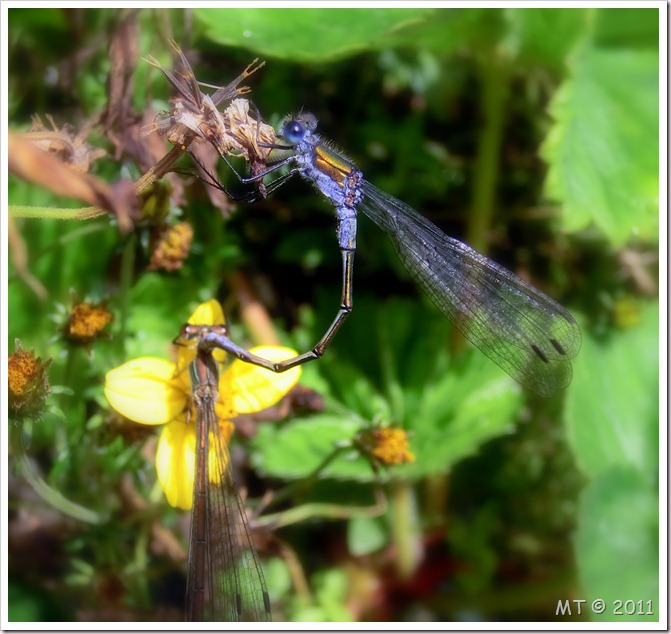 Lestes sponsa mate in the usual dragonfly manner and will form tandem pairs away from water. Copulation lasts from 30-60 minutes and after mating they stay paired for egg-laying. The female usually lays eggs in submerged vegetation and whilst egg-laying the female can remain submerged for 30 min. The female pierces the tissue of aquatic plants and inserts her eggs. Occasionally females lay their eggs in vegitation above the water surface in places that will become submerged when the water level rises. The eggs start to develop and will continue to develop for the next few weeks. Then due to changing environmental conditions the development of the eggs slows down. In this state of slow development, called diapause the eggs overwinter. [from Wikipedia]

Posted by DawnTreader at 11:44