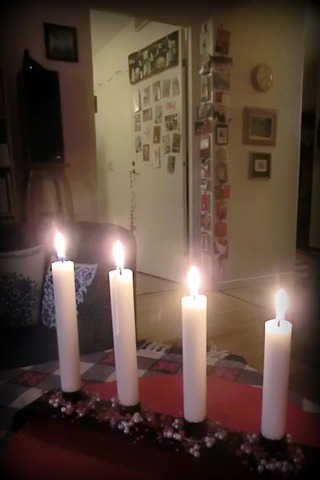 Wishing you all a Merry Christmas!

It’s been a rather busy week, even though I don’t really have all that much to prepare for Christmas. I’m not going anywhere, and the only visitor I’m expecting is my brother. He’s staying the night at the House outside town with the dog but will come into town to me tomorrow. We’d half planned that he’d come in this evening as well… but with a snowstorm coming up, he decided not to. Which proved wise, as the blizzard has now been going on for a couple of hours and certainly does not look like the kind of weather anyone would want to be out in “for fun”. Whoever it was around here that wished for a white Christmas…. we got it… I can only hope the worst of it will blow over during the night and that Per won’t have too much difficulty digging his way out tomorrow.

Posted by DawnTreader at 19:46