In yesterday’s post, I mentioned in passing that I’d booked the laundry room for the afternoon today. A couple of comments I got on that from German vs. American readers made me realize that while this is weekly routine for me – having lived in rented flats all of my grown-up life and never having had a washing machine of my own! – the associations are not the same for everyone around the world… So as nothing else much exciting is going on at the moment, I decided to give The Laundry Room a post of its own. Here it is: 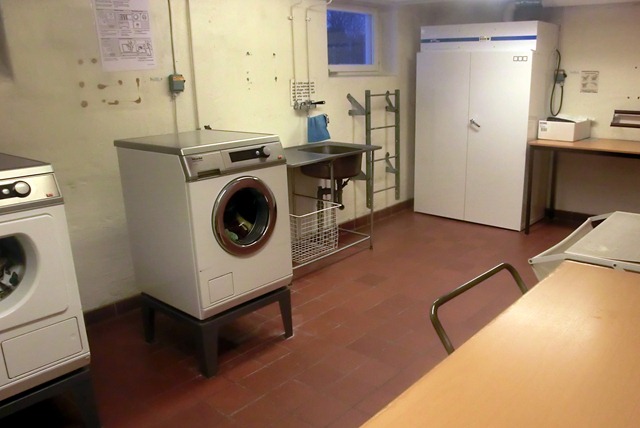 I live in a building with about 18 flats (three entrances and I think six flats in each). In the basement there is a common laundry room with one washing machine, one tumble drier, one heated drying cabinet (for hanging things that you don’t want to tumble), one mangle to press or flatten sheets, kitchen towels etc; two large worktops for sorting and folding, ironing board, sink; and brooms and a mop for cleaning up after yourself. 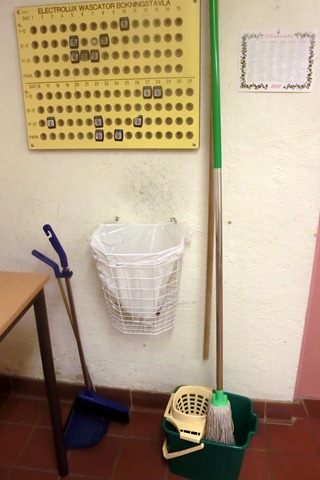 There is a booking board to which each apartment has its own ‘block’ with a key. This means you can only book one pre-defined period at a time and you cannot double-book. (The system usually works well even if it’s not foolproof, as people can of course still mix days up in their mind or forget about time or just be careless.)

I usually book one afternoon a week. Then I have the room from noon until 5 p.m. I can take the lift/elevator down to the basement, I don’t have to carry things a long way or up/down stairs. I never spend more time in the laundry room than needed. Each wash takes about 60 min and I always go up to my flat again in between (and set a timer to remind myself when to go down again next). 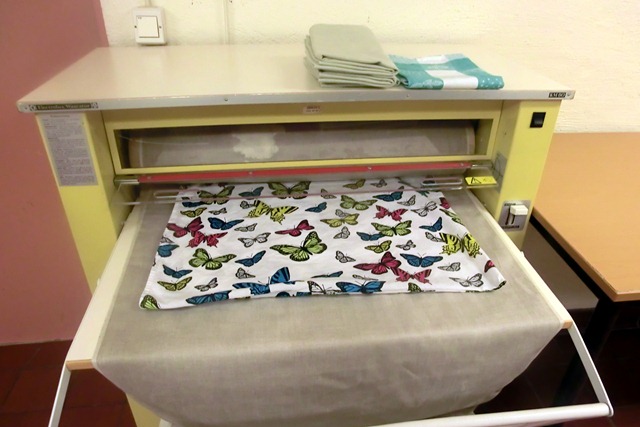 I usually get three loads of washing done in an afternoon, including getting all the things dried etc. The tumble or hot air drying, and access to the mangle for things like teatowels and sheets and pillowcases usually leaves me with only a few items of clothing that need ironing – and that I do in my own flat.

In the next building to the one where I live, there is a bigger laundry room with five machines. There you book two machines simultaneously; and the fifth is a bigger one for washing rugs and heavy things like that, which can be booked separately. So far I’ve only made use of that once (for washing a couple of rugs).

I guess some people living here also have a washing machine of their own in their flat; but as these houses were built in the 1940s, the bathrooms aren’t really designed for extra equipment like that, and then one also needs space for drying… All things considered, I don’t think it would really make life easier for me.

Before I moved here I lived in a much bigger building… must have been around 70-80 flats sharing two laundry rooms with 2-3 machines in each plus 1 which you could not book in advance but could use if you happened to find it free. There I had no lift/elevator; I also had to go outside to get to the laundry room; and with so many people sharing, there were also more frequent problems both with machines breaking down, and time-clashes etc with other users.

Where I live now it works okay most of the time. There have been occasional frustrations… But on the whole, those incidents have not been frequent.

By the way, it’s fairly common in Sweden to rent your flat rather than to own it. However, the choices available vary a lot from city to city. (“Owning” a flat in Sweden also usually means buying into a sort of housing cooperative, which I gather is not quite the same as buying a condominium. I’m no expert on the differences, though.) 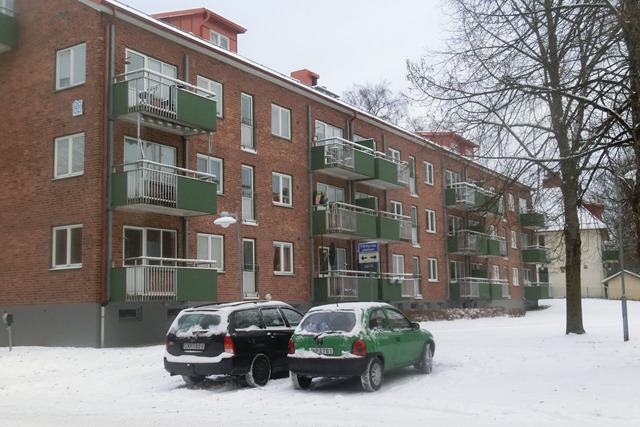 This is not my building but it is similar apart from the colour (mine is yellow brick, not red). I went for a little walk before the laundry today and I took this photo just because I liked the green car matching the colour of the balconies! :) 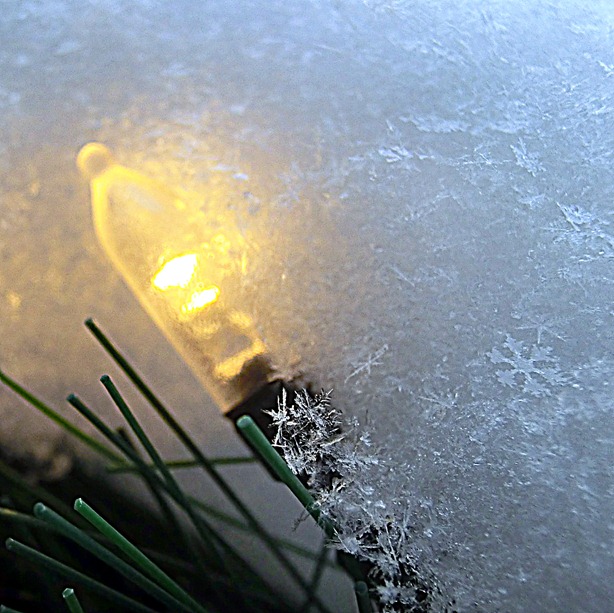 It’s still snowing, third day in a row. They say it will continue to snow tomorrow. Then it might stop snowing, but will get even colder for a few days. After that there will be more snow… Certainly looks and sounds like we’re in for a cold spell!!!

Posted by DawnTreader at 20:24