The Advent of the Buddy Bears

The Buddy Bears have arrived in town.  I’ve already mentioned the upcoming exhibition both on this blog and in the Picture Book, but now it’s here, and will be staying for the duration of December. 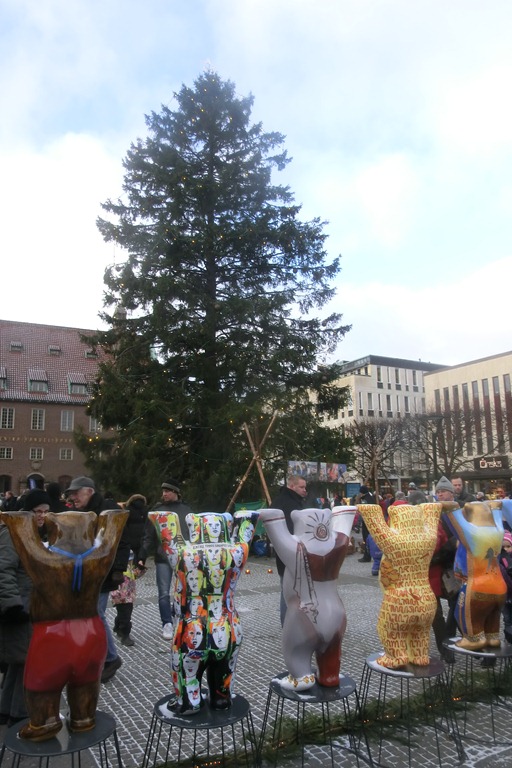 With the invasion of colourful bears, there’s no room for the traditional “Santaland” in the town square this year, but we do have a big Christmas tree. 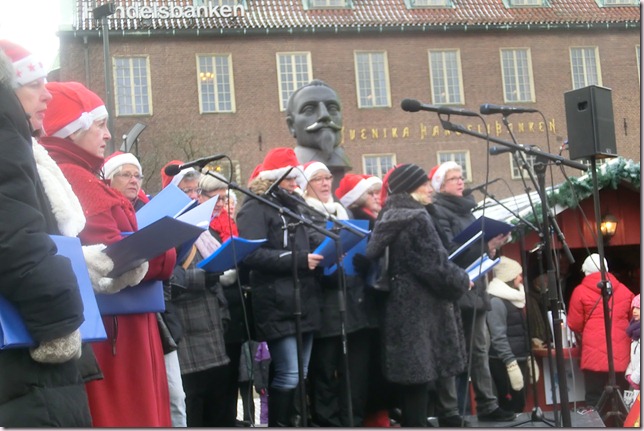 There was also a choir dressed in santa-hats, and some guys serving porridge (I don’t know how popular that was, there didn’t seem to be much of a queue)… 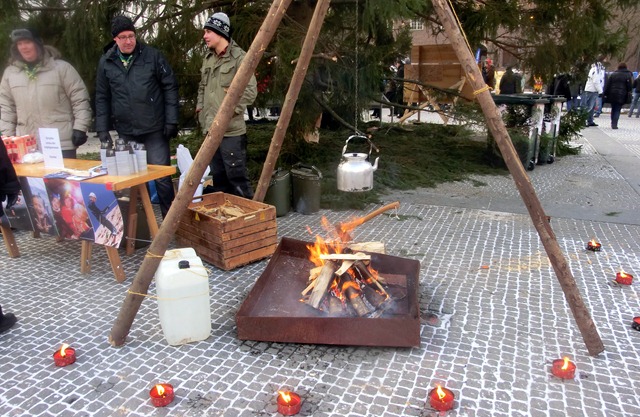 As you can see we’ve had switch to cold weather. The temperature dropped below zero yesterday and we got a fine sprinkle of snow. Today we had about –5°C, the sky was mostly cloudy. No more snow fell, but the fine layer of powdery white from yesterday stayed. Rather perfect weather for 1st Advent. (My feet got cold from standing around during the opening of the exhibition though… I walked into town, but took the bus home afterwards.) 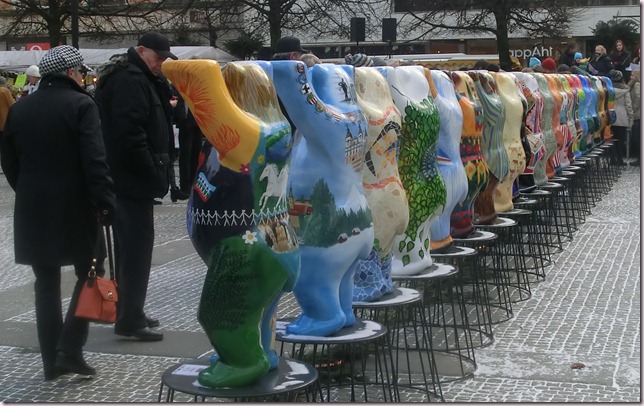 I’ve decided use the Buddy Bears as “advent calendar” in my Picture Book, until Christmas. There are more than enough bears to choose from, as there are 108 of them in the exhibition. Each bear represents a country, and was uniquely painted by an artist from that country. I’ll start with countries where I know I have friends and fellow bloggers, and then we’ll see.

In the town square, they have put the bears in alphabetical order according to country. After a while I was reminded of the Olympics parade… and how many countries there are in the world that I know little or nothing about. (Maybe I should follow GB’s example and make a donation to Wikipedia as well while I’m in charitable Christmas mood!)