Of Snow and Christmas Cards

I’ve been staying in today, doing my best to ignore the Weather going on outside.

Others chose a different strategy: 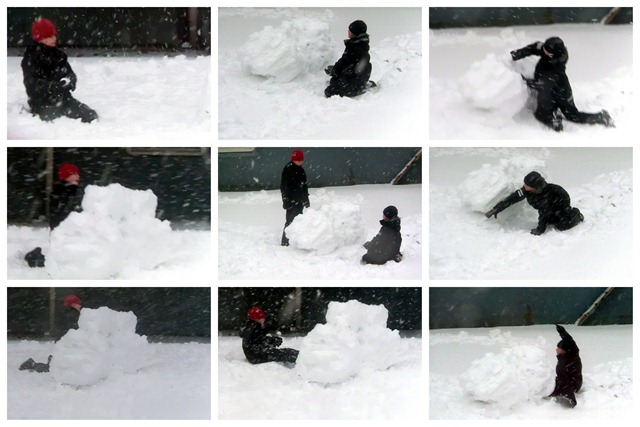 (Paparazzi shots through the window.)

Christmas cards from abroad have started to arrive.
I found a new way to display them this year, hanging ribbons on a corner by the doorway to my study. 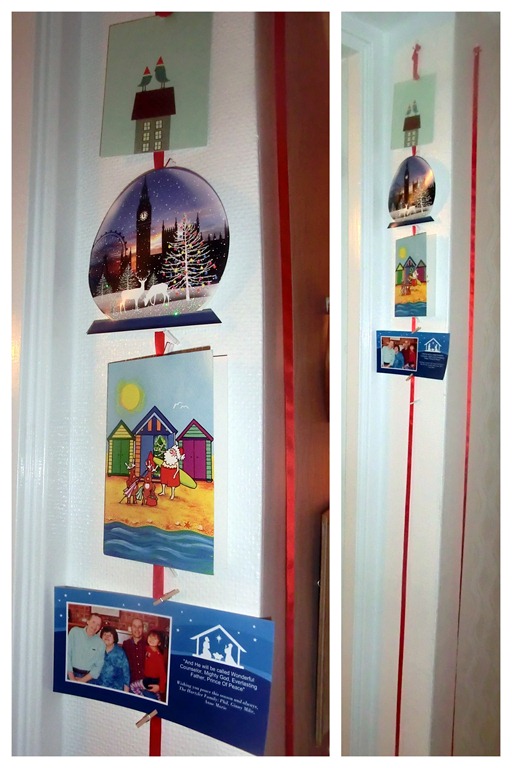 One card that arrived this week (not included in the display above) presented me with a bit of a dilemma. Not a very serious dilemma, as dilemmas go… But I’d be curious to get a “second opinion” (or more).

I had this penfriend in another European country. We never met. I think we first got in touch via something called “friendship books” sent around between penpals. (A way of making contact with strangers around the world before the internet.) For various reasons we never got into frequent exchange of letters. It almost immediately turned into just a once-a-year Christmas letter/card.

Two years ago, she wrote that she had decided to cut down correspondence even further, so thanked me for years past but said she’d not be writing again.  I accepted that and crossed her off my own list. So was rather surprised last year when I still got another card from her. And yet another one this year! even though I never answered the last one.

Obviously she’s clean forgotten that she “broke up” with me two years ago.

What would you do??

Posted by DawnTreader at 21:31