Even though there is no food offered on my balcony (we’re not allowed to put up bird-feeders because the food that falls to the ground can also attract rats) I get visitors, and lately it’s not been just the usual crows and magpies and sparrows stopping by.

These photos were shot through the window as otherwise I scare them away. 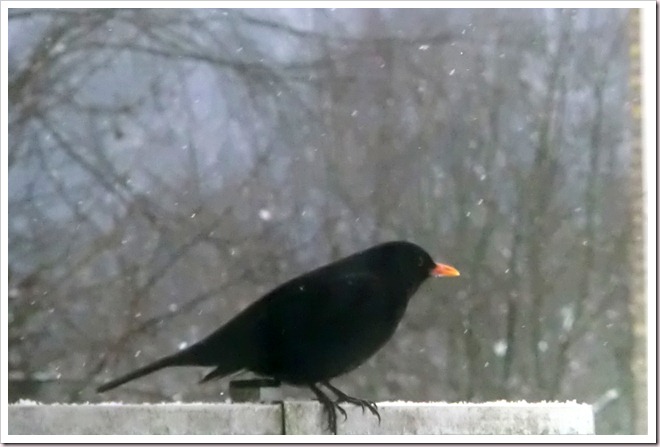 The one above I suppose must be a blackbird…

But who or what is the one below? Can it be a very puffed-up Mrs Blackbird? Or what? (They were not there at the same time.) 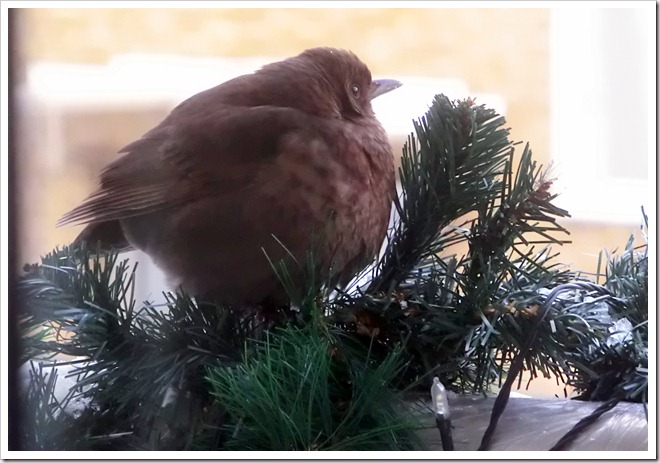 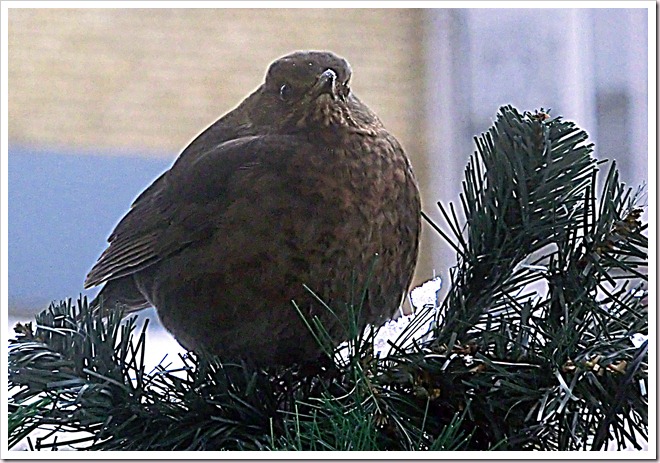 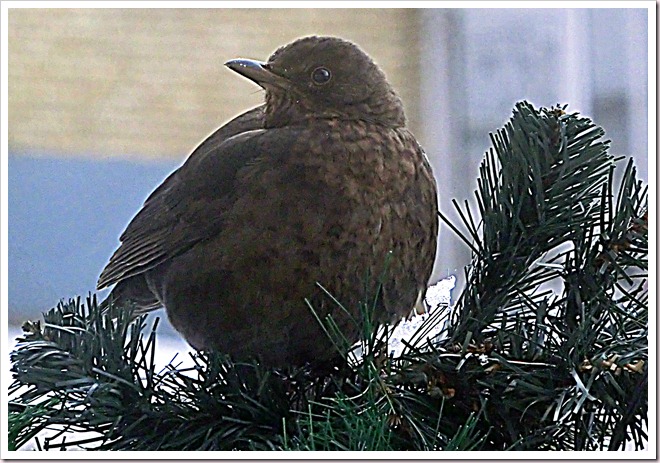 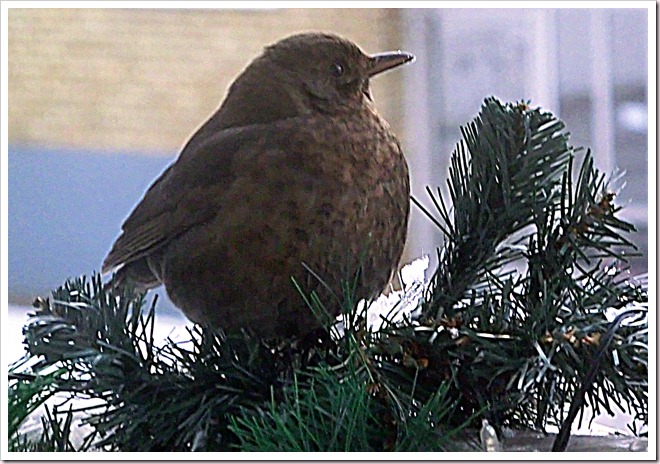 Even though there’s nothing to eat but snow, they seem to like to come and sit on my fake spruce garland. 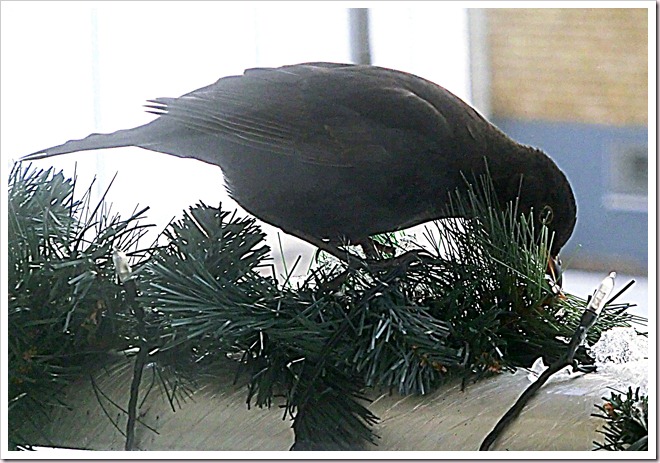 This one was eating/drinking snow  - I saw him gulping it down. From what I could observe, I don’t think he tried neither the led-lights nor the plastic needles.

Posted by DawnTreader at 18:23