Saturday, 9 July (continued):
Driving from Linköping towards the northern end of Lake Vättern, we caught a glimpse of an unusual church tower, and decided to stop and check it out. 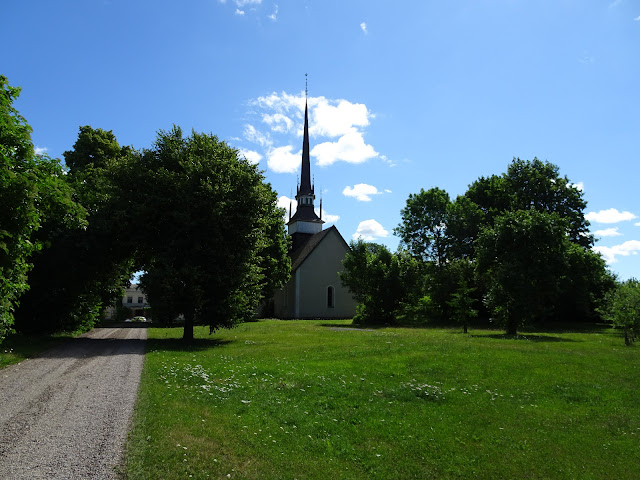 It turned out to be an old church or chapel on the grounds of an old estate, Brunneby - where nowadays they have their own production of cider and jam, which they also sell in their own farm shop. We just went to have a look at the church, though.

I forgot to take a photo of a sign that explained its history, but from what I recall, it was built as a church, long ago; later de-consecrated, turned into a barn and just used for storage; but more recently restored and reconsecrated, to again be used as a church/chapel (probably only in summer, judging by its interior). 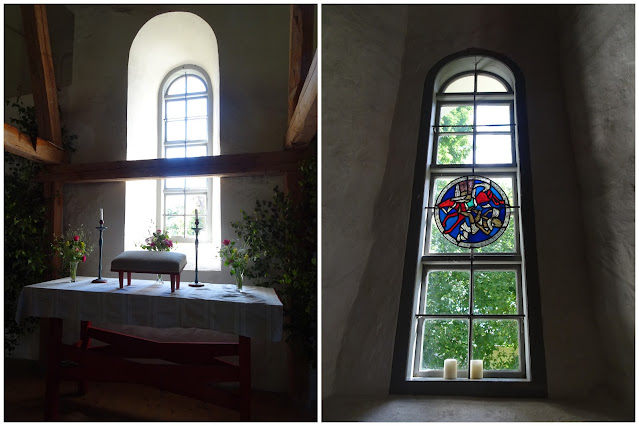 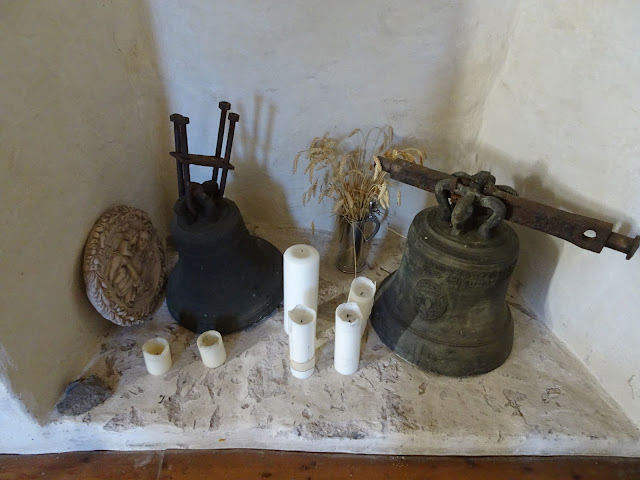 Our next stop was for lunch, at Hargebaden, a beach at the northern end of Lake Vättern, south-east of Askersund. It was a bit windy, so we ate indoors, but with views of the beach and lake. They served a good lunch (I had a Caesar salad) and the place was very far from crowded. (More people were arriving as we left, though.) 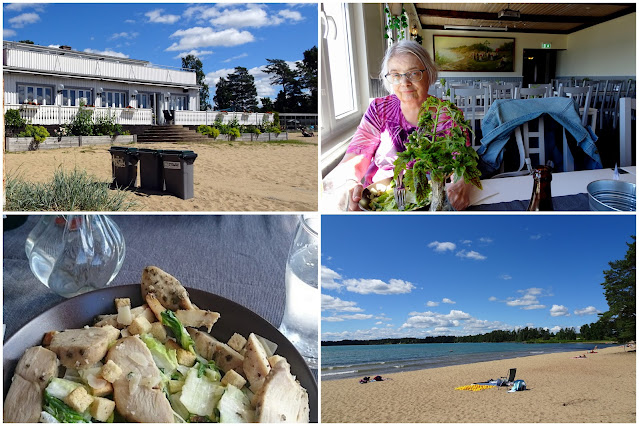 - - -
From Askersund we continued north-west on minor roads. Another place we just happened to see a sign pointing to was this 17th century cottage and barn, which we also decided could be worth a closer look (and it was): 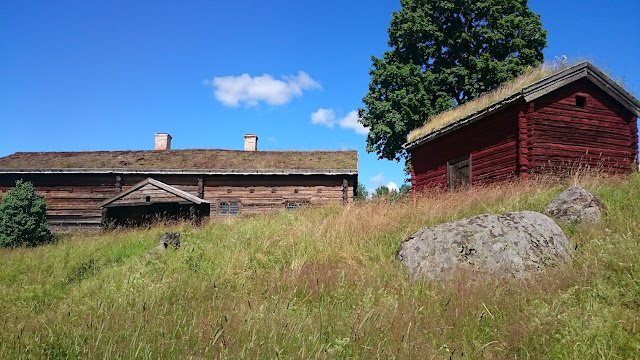 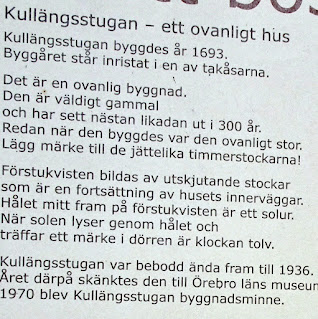 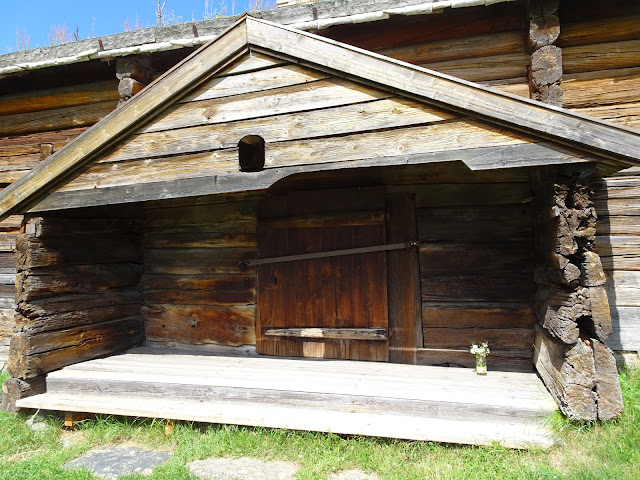 The Swedish text on the sign adds the interesting detail that the sun hits that hole on the front of the porch exactly at noon. So it worked like a kind of sun-dial for them. 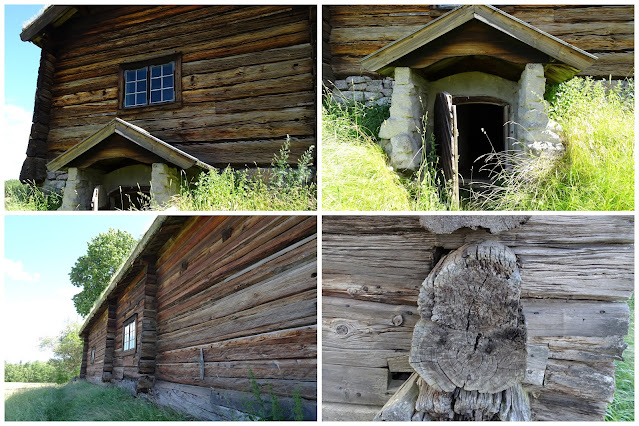 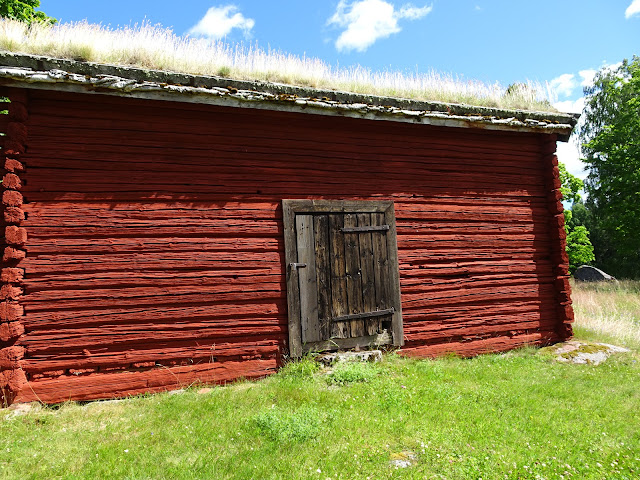