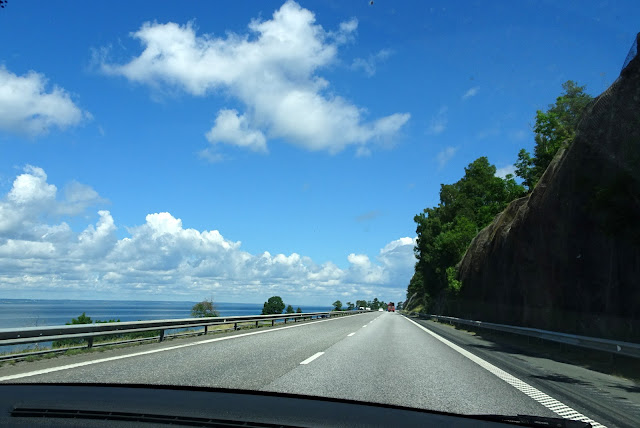 ▲Photos from driving along the east side of lake Vättern.▼ 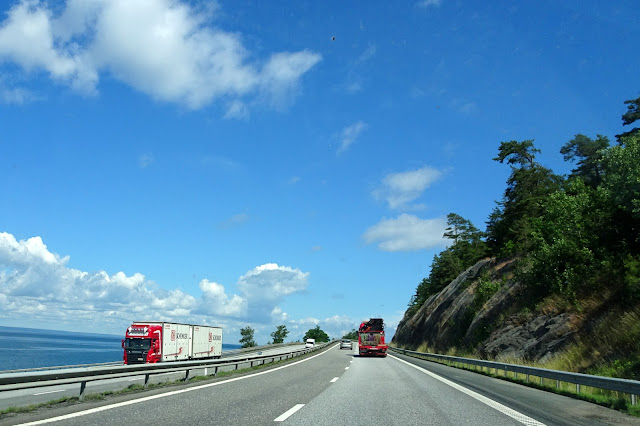 Just a short post to tell you that I'm back from the holiday trip with my brother. All went well, and broadly according to plan (which was rather flexible to begin with). I have lots of photos, which I've hardly begun to sort and edit yet. So there will be several travel-related posts to come over the next few weeks. But I thought I'd start with a short summary (for my own sake as much as for anyone else's!) 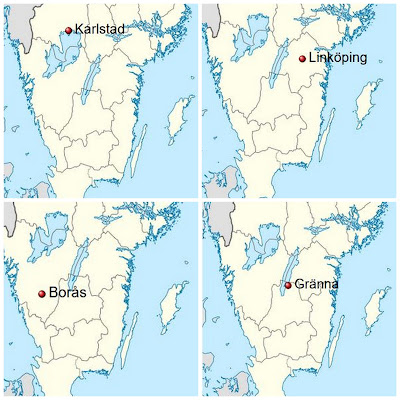 My brother lives in Karlstad (in the province of Värmland), situated on the north shore of Lake Vänern (the largest lake in Sweden). On Thursday, 7 July, he drove down to Borås (where I live), and stayed the night here. On Friday the 8th, we set off together and drove east, past the southern end of Lake Vättern (the smaller oblong lake on the map - but the second largest in Sweden), and north-east to Linköping (in the province of Östergötland), where our aunt and uncle live. On the way we made a stop at Gränna. We arrived in Linköping in the late afternoon (a bit later than planned as we managed to take a wrong turn somewhere on the way...), spent the evening with our aunt and uncle, and the night at a hotel in the city centre.

The next day (Saturday, 9 July) we drove on to Karlstad (again with a couple of stops on the way). Linköping was the only hotel night on the trip this year, as in Karlstad I stayed at my brother's (five nights).

Sunday and Tuesday we spent in the city of Karlstad (where I too lived for 10 years back in my twenties). On the other two days (Monday and Wednesday) we made day trips further up north in Värmland.

And on Thursday the 14th, we drove back down to Borås; but this time on the west side of Lake Vänern (and again with some short stops on the way). We arrived back here in the evening. My brother stayed until after lunch on Friday, which gave us time for a walk downtown and lunch at the restaurant in the city park to finish off our week(+) together. 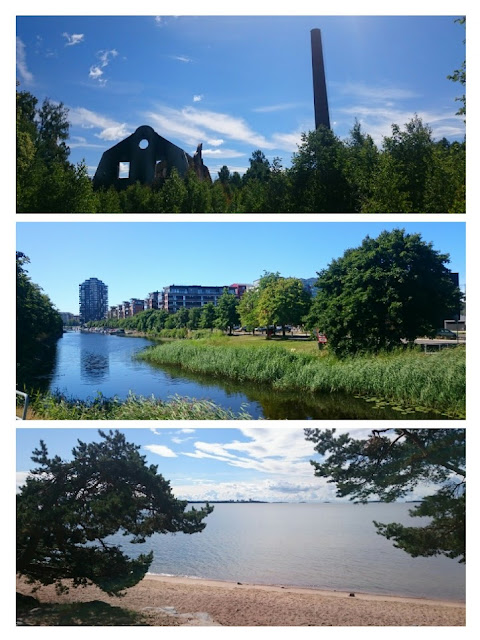 "Teaser" collage from Värmland / Karlstad
(photos from my phone)

Posted by DawnTreader at 13:48