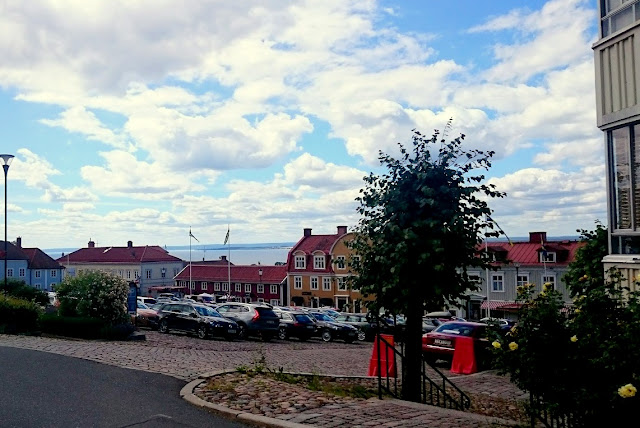 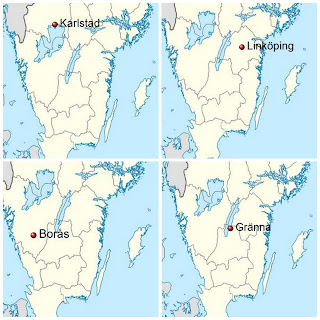 (If you missed my introduction post yesterday to our road trip, you'll find it here.)

Friday, 8 July: On our way to Linköping, we made a stop at the small town of Gränna on the east shore of Lake Vättern (second largest lake in Sweden).  The first photo shows the square on the hillside, used for parking. We had already had lunch at a motel along the motorway, but wanted to stretch our legs a bit, and revive memories of a previous visit to Gränna in 2017. Back then we also visited the museum commemorating S.A. Andrée and his attempt in 1897 to reach the Geographic North Pole by hydrogen balloon. (Click the link for my post from 2017.) This time, we skipped that; but visited another local history museum building close by: 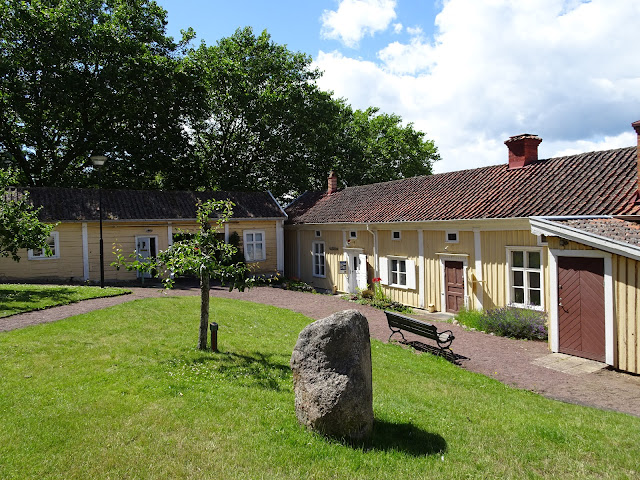 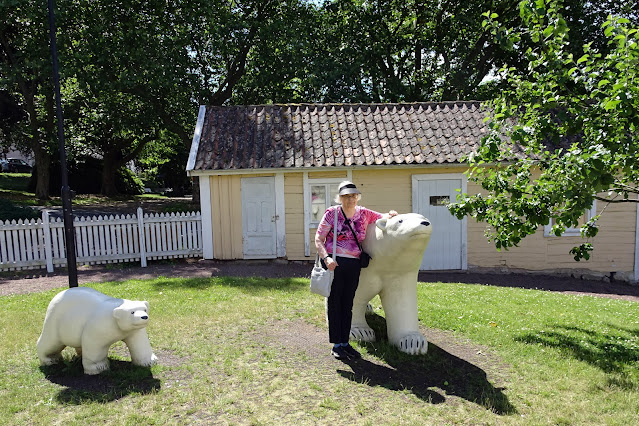 They also have a couple of polar bears in the garden! (Related to Andrée's polar expedition.) 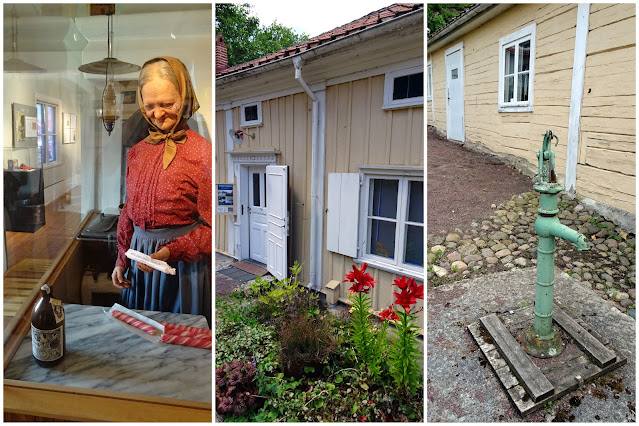 Polkagris (pl: polkagrisar) is a Swedish stick candy invented in 1859 by Amalia Eriksson in Gränna. It remains a well-known old-fashioned candy in Sweden, often sold at fairs, Christmas markets, and the like. The traditional polkagris candy stick is white and red and peppermint-flavoured. Since 2022 the name has been given geographical protection and to be called a genuine polkagris it now has to be manufactured in the town of Gränna. (Wikipedia)

(We walked past that shop without going in, though!) 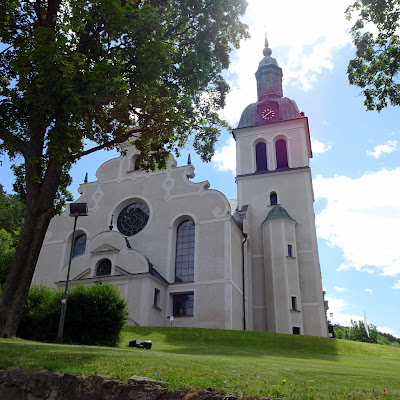 We also went up to (and into) the church, as we hadn't done that on our last visit either. 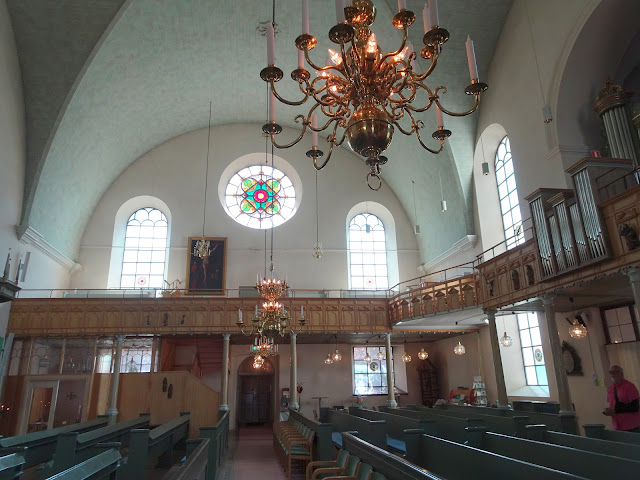 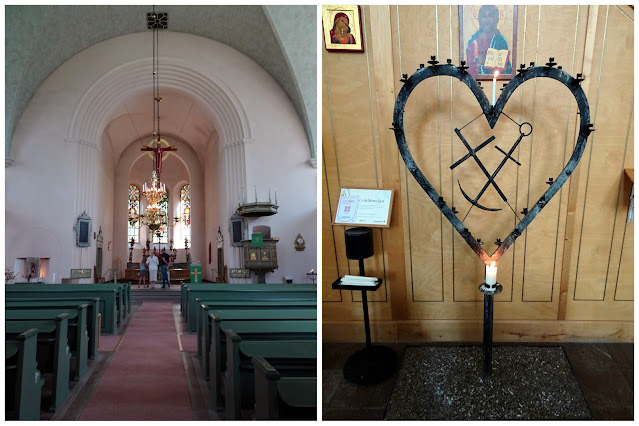 And then we walked back to where we parked the car, along a different street, with lots of charming old houses. 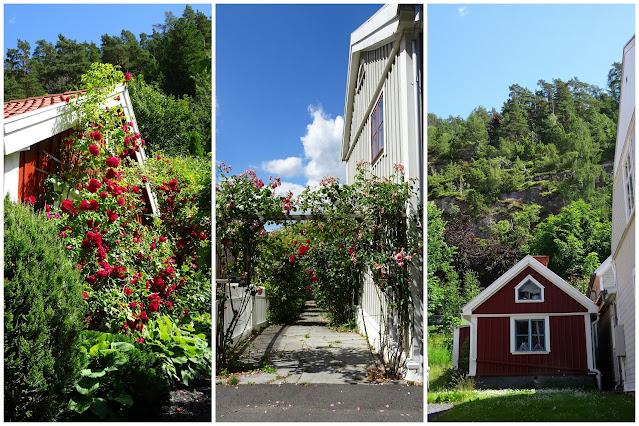 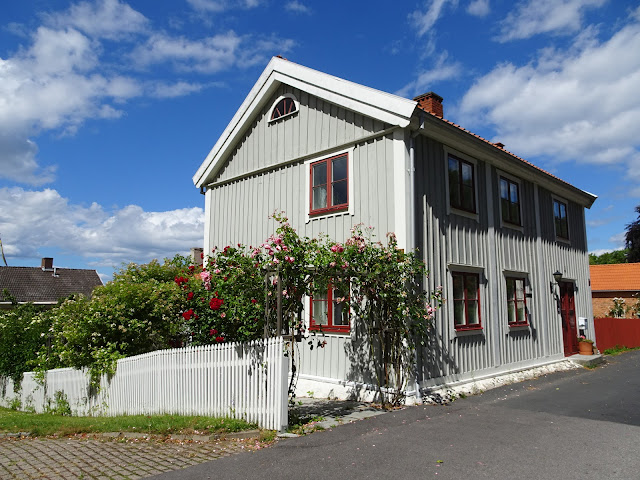 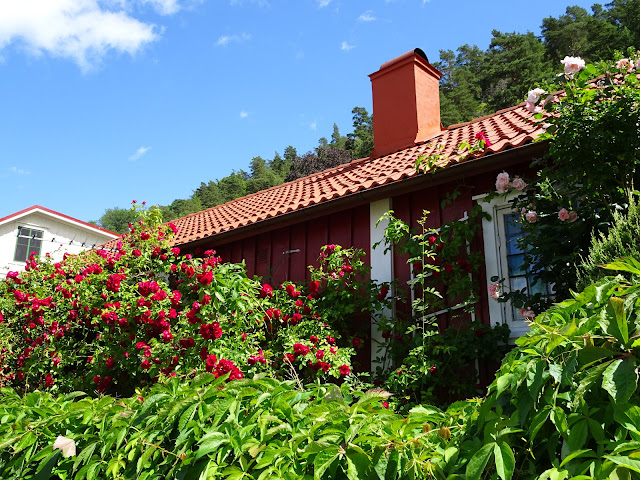 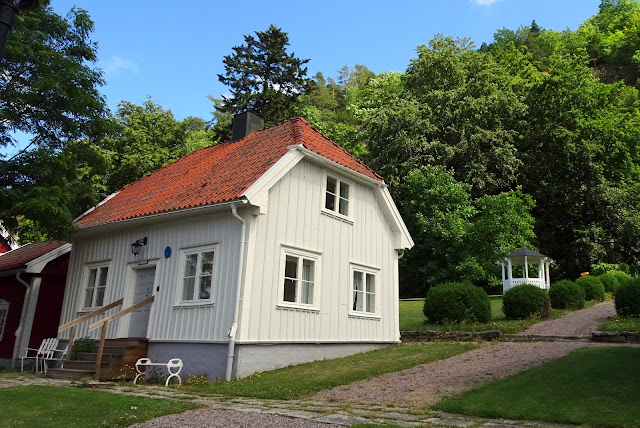 One area of old houses belonged to a school (college) of some kind. Looked like an idyllic place for summer courses... We didn't see any students about, though. 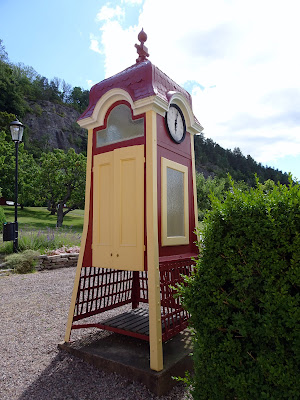 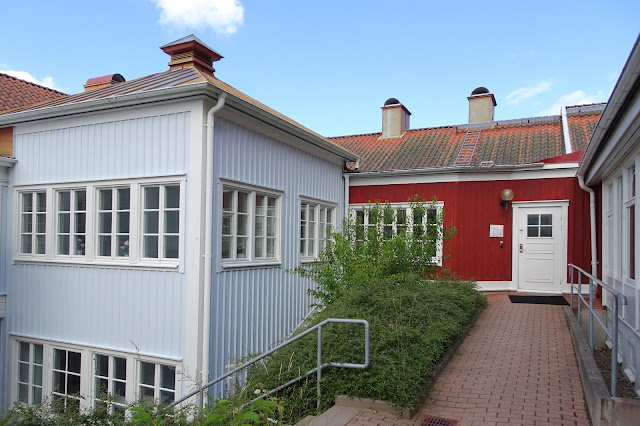 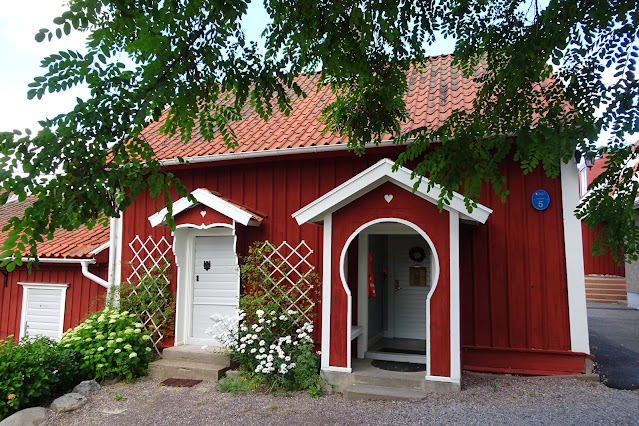 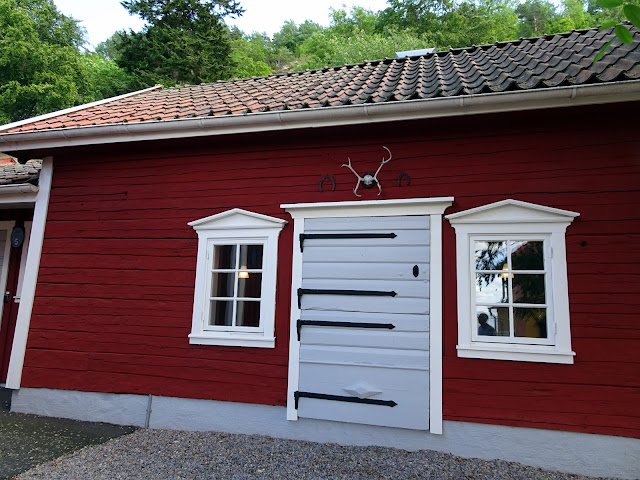 From Gränna we continued driving along an old road closer to the lake for a while, rather than going back up on the motorway. 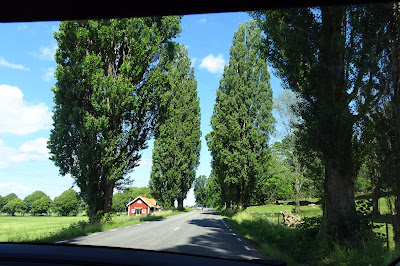 I managed to get some photos from the car looking up at Brahehus Castle Ruins. On our tour around Lake Vättern in 2017, we were up there, looking down on the views below. This time, the other way round! 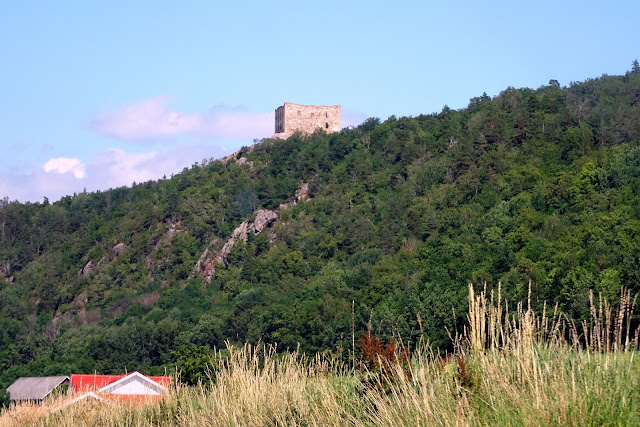 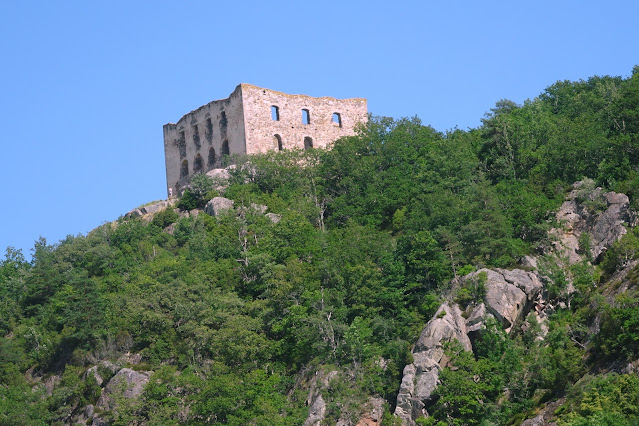 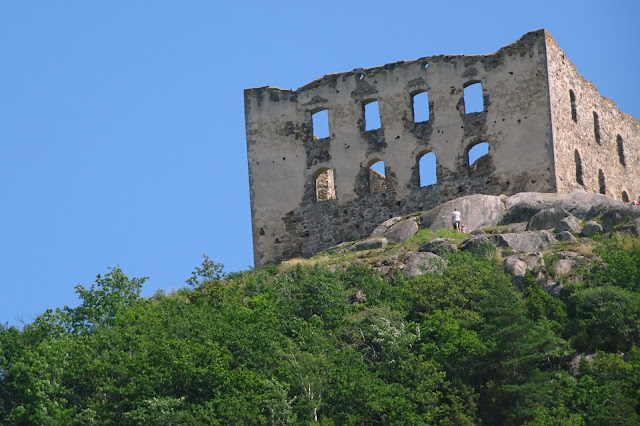 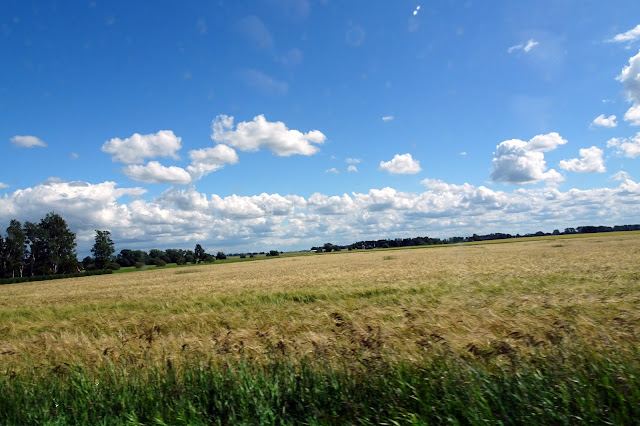 Posted by DawnTreader at 12:42