The Fight for Bread

Someone had dropped a full unopened plastic bag of bread on the driveway.

First  to investigate was a seagull. 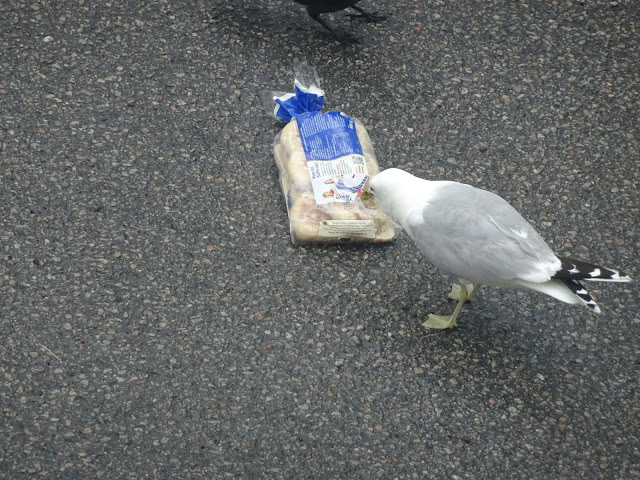 But the jackdaws were watching... 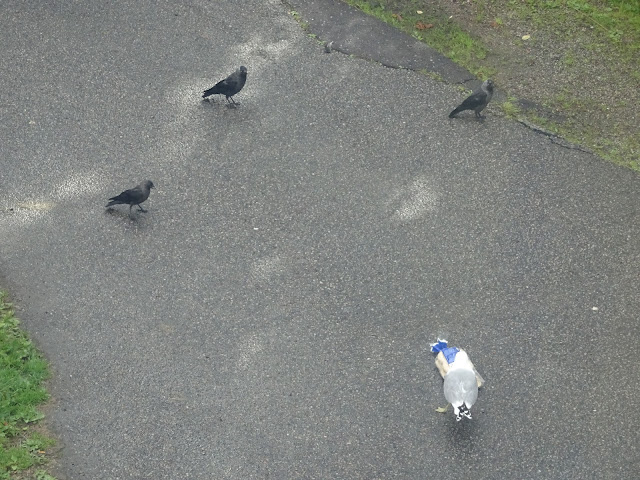 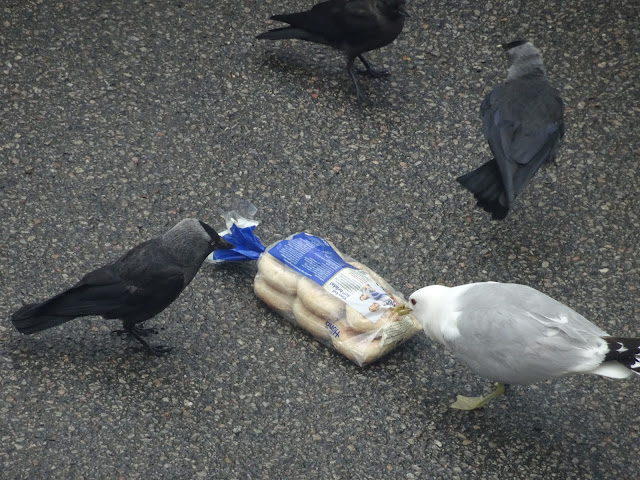 Once the seagull had done the hard work (penetrating the plastic wrapping, to actually access the bread), the other birds approached, too. 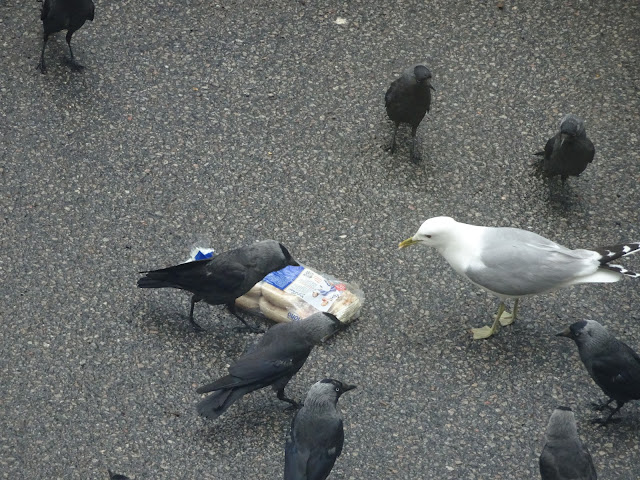 They had the advantage of being in majority... 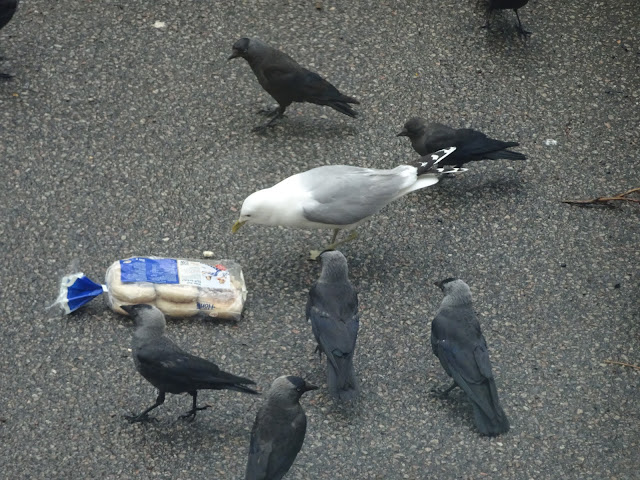 After a while it got nasty! 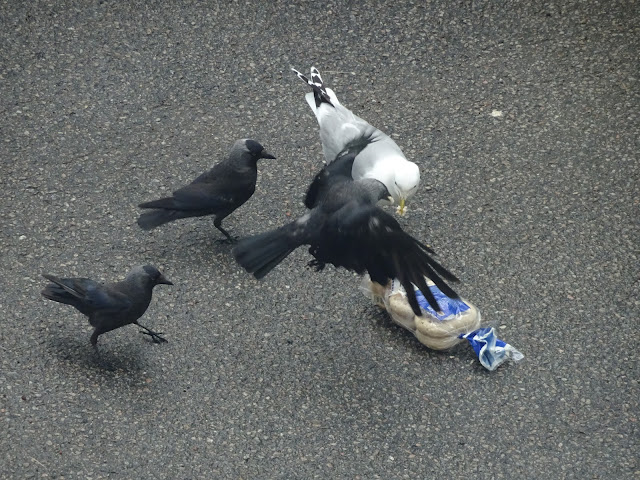 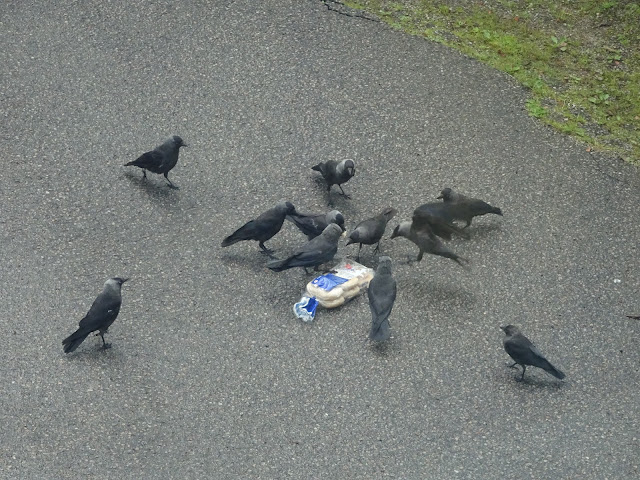 Looked like the jackdaws had won the battle for a while... They were soon also joined by a couple of magpies though, and then the gull made a comeback too (which I did not catch on camera). Between them all, it did not take long until all that was left on the ground was a badly beaten, empty plastic bag!

(Watched from my window)

I'll be taking a week or two off from blogging, because (if all goes to plan) in a couple of days I'll be going off on a little holiday trip. Feels like quite an adventure, as I haven't been out of town since B.C. (=Before Corona)! Tomorrow I'll be washing and packing. On Thursday my brother will drive down here, and on Friday we set off together. We'll be going back up to Karlstad where he lives, around 300 km north of her. But we'll be making a bit of a detour including a hotel night elsewhere on the way. Then I'll be staying with him for a few days, before he drives me back home again.

I lived for 10 years in K-d myself, way back in my 20s; but now it's been a long time since my last visit. So expecting both some nostalgia and trying to get my head round a lot of changes!

Well. If you don't see me around in Blogland (much) for a while, you know why. Hopefully I'll have all the more to show and tell when I get back!

Posted by DawnTreader at 20:16