Svartå (the name means Black River) is a village that arose around an iron works founded back in the 17th century. Very little remains of the old mill itself now. Most of it was torn down back in the 1970s; but since a more recent fire, there is even less left to be seen. 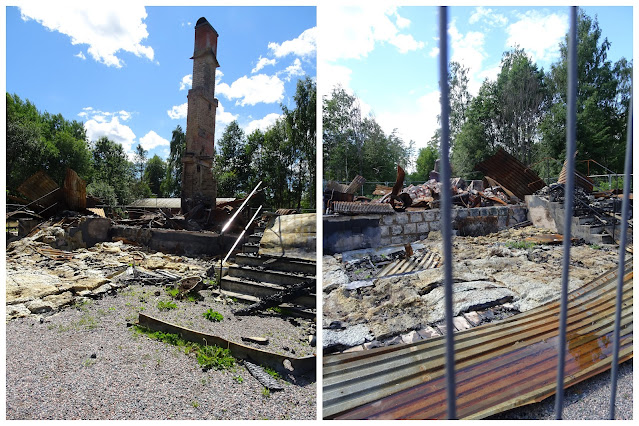 However, there are some well-preserved old dwelling houses along the main road, and we went for a walk to have a look at those. 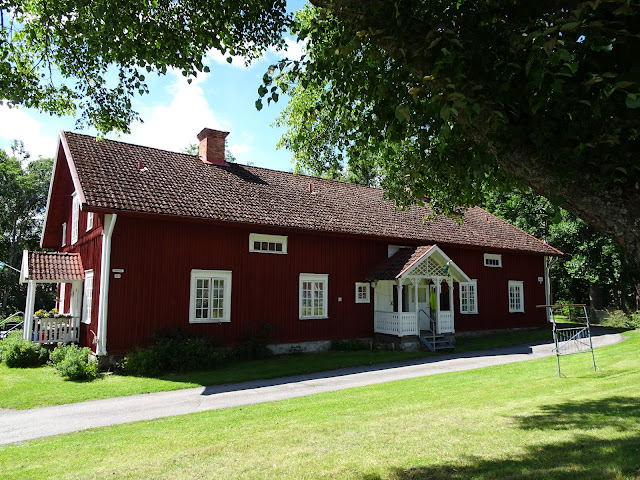 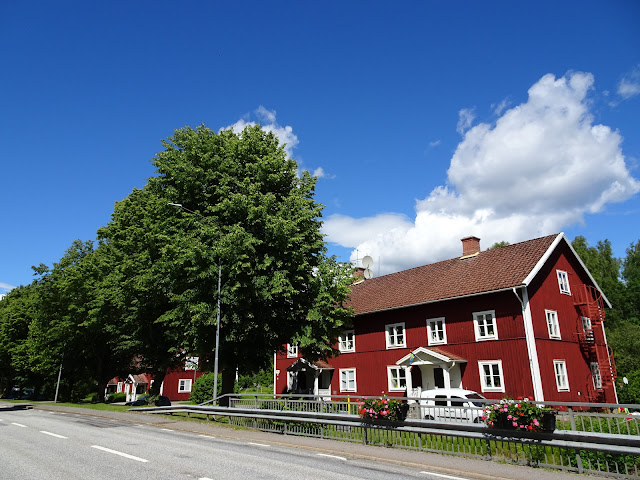 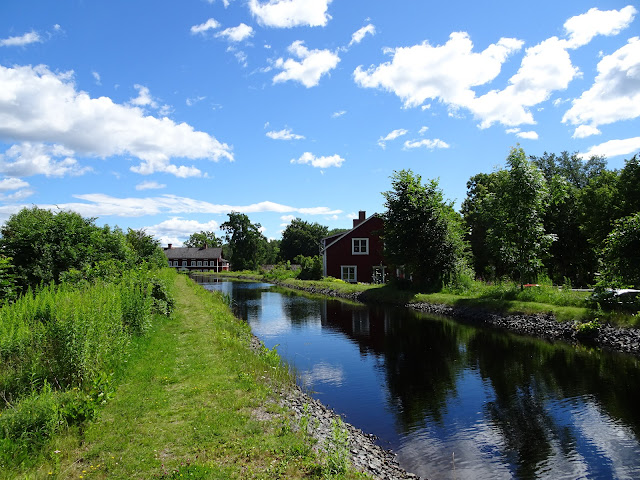 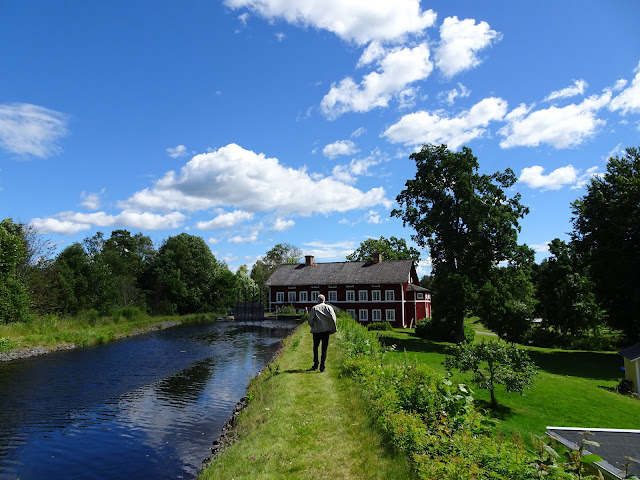 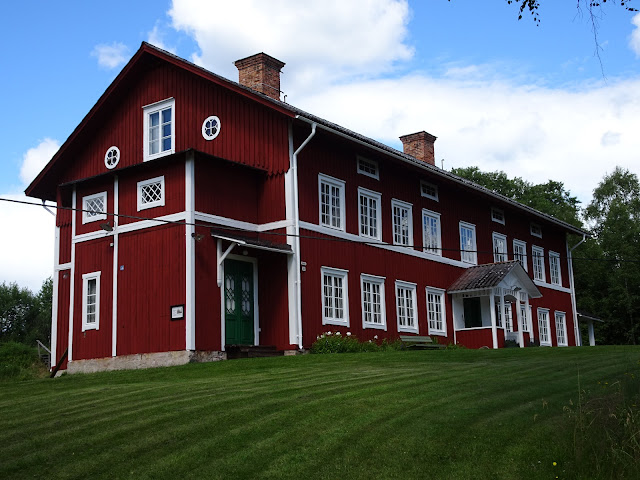 This building, where workers at the mill used to live, was called The Castle, because it was the largest house in the village, situated on top of a hill. This was typically where the home of the manager of a mill would be built in a place like this; but in Svartå it was the workers' families who lived up on the hill. The house was built in the mid 1800s and had eleven small flats consisting of either 1 room+kitchen, or just a single room.

In the 1970s the house stood empty and in serious disrepair; but in 1981 it was taken over by the local history society, whose members put in a lot of voluntary work to restore it to be used as a local community center.

Down below, outdoors, an old stångjärnshammare* (trip hammer) is on display.

(*The Swedish Wikipedia article includes a couple of video clips that may give you an idea of how it worked, even if you can't read the text.) 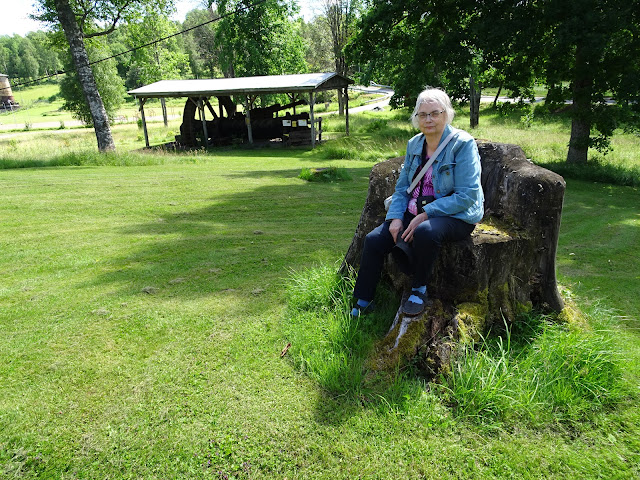 Me having a rest on a 'chair' made from the stump of a big old tree. 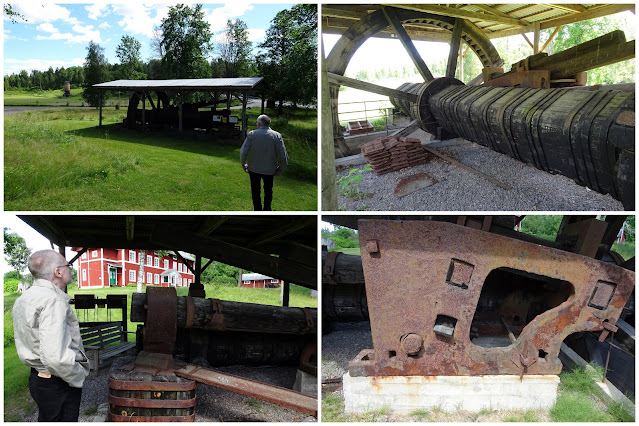 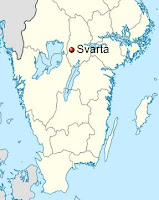 Posted by DawnTreader at 12:49