After our visit to Alster's Herrgård (previous post), we drove back home and parked the car, and then walked to our next destination that day: a park area by the river, Sandgrundsudden, with two museums, and also some outdoors sculptures.

To get there, we walked along the street between the river and the City Hotel (which you saw in a previous post). There are also some modern sculptures along that street. 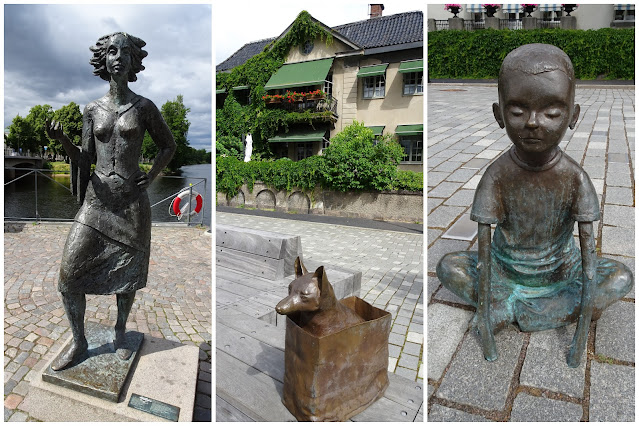 The woman to the left (standing close to the hotel) is supposed to be a waitress and innkeeper from the past, who became a kind of symbol for the whole city.  Her name was Eva Lisa Holtz (1739-1818). She was known for her sunny disposition, and therefore called "the Sun in Karlstad" (or, in Swedish Wermlandian dialect: Sola' i Karlsta'). Which has in turn come to be connected with Karlstad being known as a sunny city also when it comes to weather statistics (compared to for example Borås, which is known as one of the rainiest). The other sculptures were new to me and I don't remember what they were called. 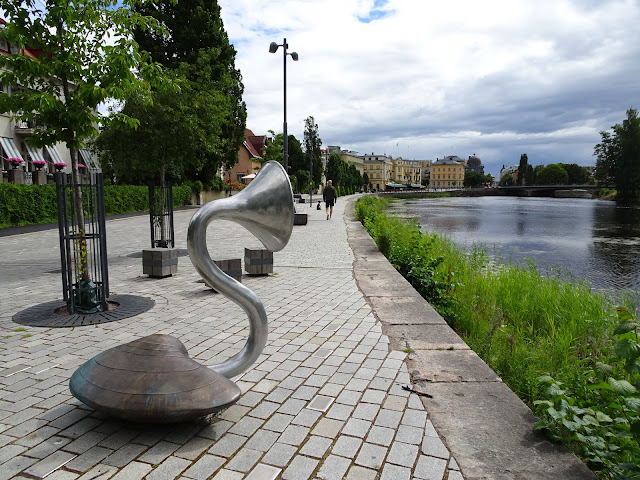 Looking back towards the City Hotel in the background. 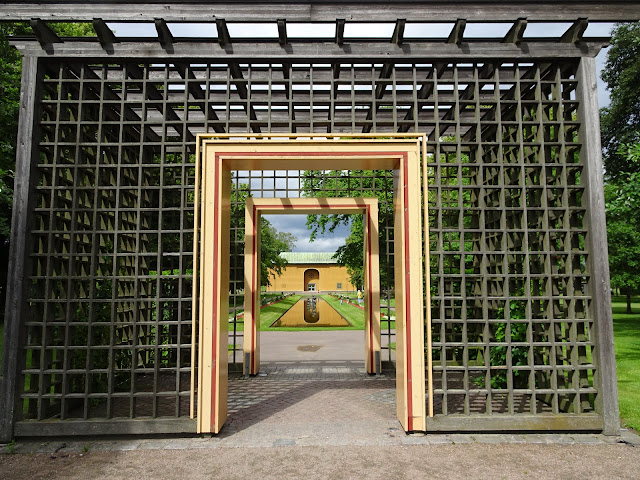 Entering the park through a new wooden portal, leading towards the old museum, with a 'mirror pond' in front. 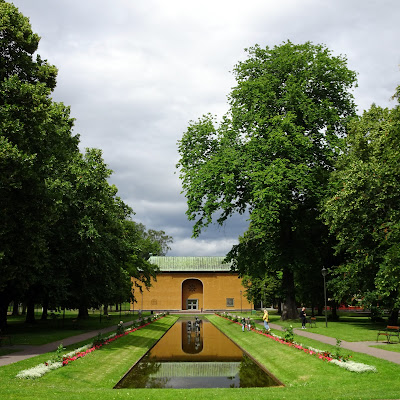 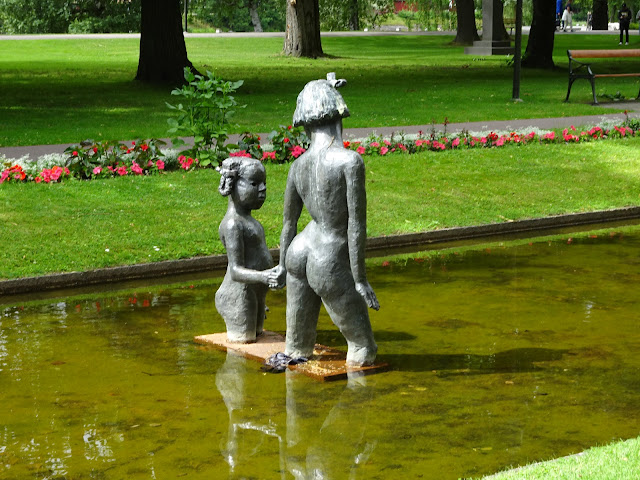 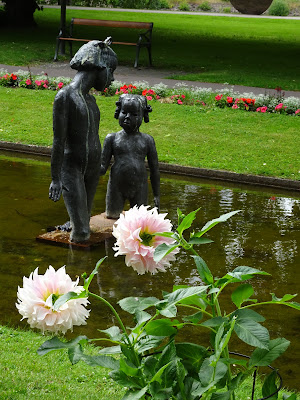 We did not visit the old museum on this occasion, though (but left that for another day). Instead, we went to another building nearby, which "back in my day" used to be a dance hall/ restaurant, but is now a museum/ art gallery, dedicated to the works of one famous contemporary local artist, Lars Lerin (born 1954). The building itself is unremarkable (so I even forgot to take a photo of that!) - but inside, it works very well as an art gallery.

Lerin is best known for his large (huge!) water colours, mostly landscapes (of various kinds, and from different parts of the world); but he has also painted  'townscapes', people, animals, objects... He's a very productive artist, and has also published books, and participated in popular TV shows. 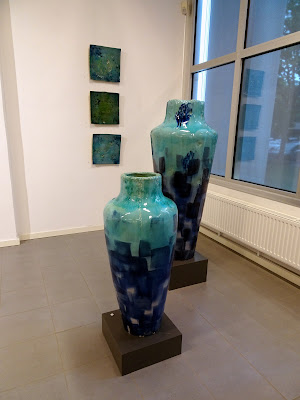 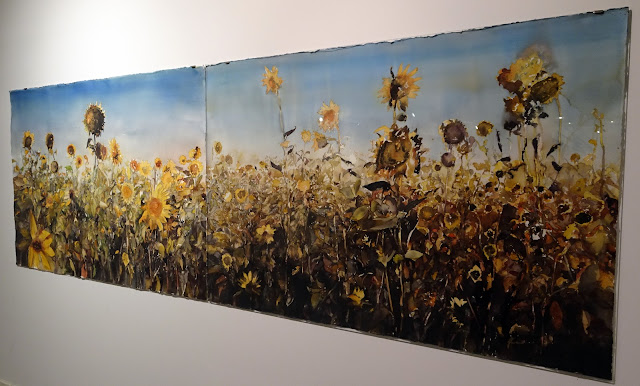 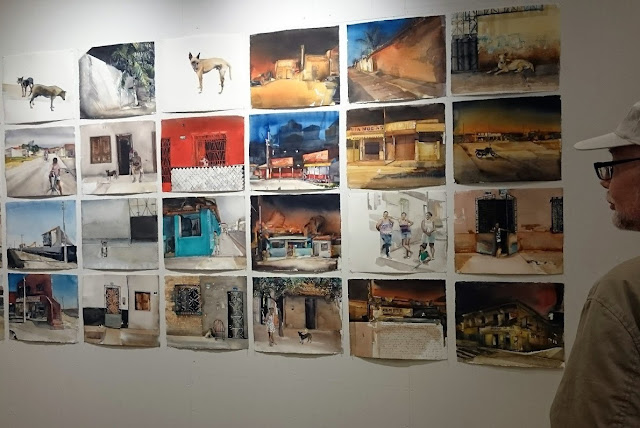 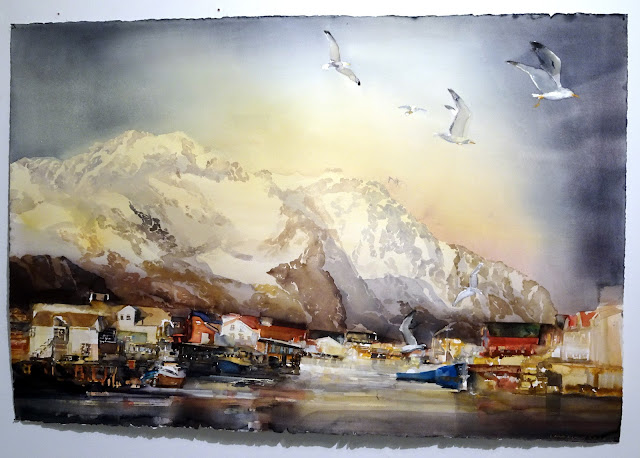 Please note: This is not a library, but a painted library...! 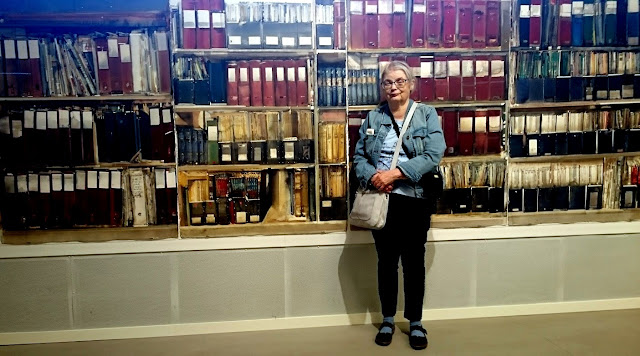 Posted by DawnTreader at 16:45