Tuesday of my holiday week was spent in central Karlstad, giving the car a rest. I had arranged to meet an old friend and her husband for lunch. Sadly she's not in good health, and we had to adjust to that. But I did not mind at all starting by going for a nostalgic walk on my own across the city centre to where they live; and then (on their suggestion), we went together to a restaurant nearby which they knew would work for them. My friend is in a wheelchair, but it was a nice day, and we could sit outside there, and be served at the table.

On my way to their flat, I walked past the church I used to go to when I lived in K-d back in the 1970/80s. Back then it was a Baptist church. Since then, the building has been taken over by the Catholic church. In 2011, the Baptists joined forces with another denomination, nationally as well as locally. The new joint congregation in K-d decided to keep the other church and sell this one. (I think they were probably happy that it was bought by another church, rather than by someone else wanting to convert it for other purposes.) 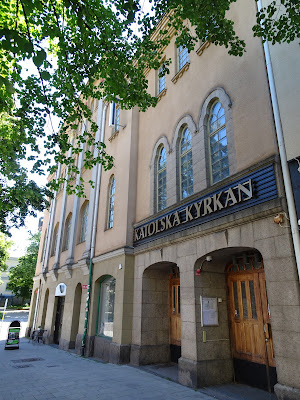 On the opposite side of the street, there is a building that used to be a market hall when I first moved to K-d. I've no idea what it is used for now. But in the little park nearby you can play outdoors chess! (The tower you see sticking up in the background belongs to another church. We'll get to that one later.) 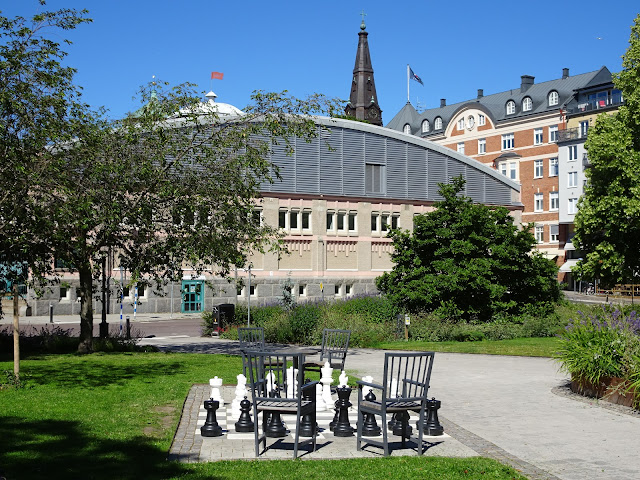 It was also in this neighbourhood that I lived during my first year of secretary school in K-d. So I also went to find that building. 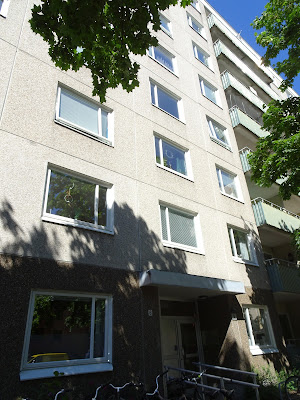 Somewhere up there it was, a few floors up... A tiny student bed-sitter: one room, one window, no proper kitchen (just a hob, a sink, a cupboard and a fridge in the hall). The advantage was that it was very close to my school, and right in the middle of the city. 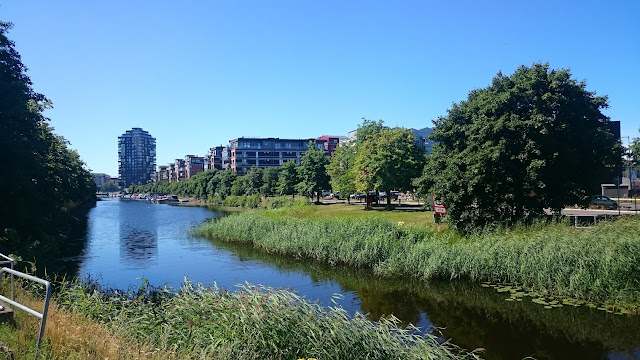 Walking on towards where my friends live now. Buildings on one side of their street, canal on the other. The buildings across the water in the background are all new since "back in my day"... 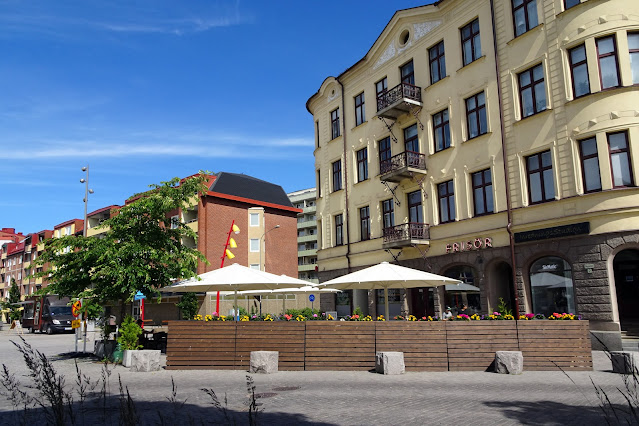 This is the restaurant where I had lunch with my friends. It was actually there in the 1970s as well, and has even kept the same name. I think that back then it was only a pizzeria though, and now they have extended the menu a bit!

I'm not including photos of my friends as I have a hunch they'd probably prefer me not to. It was good to be able to spend a bit of time together with them though. I also went back home with them again for another hour or so after our visit to the restaurant.

Before I left, I called my brother and asked him to meet me a bit later at the old museum, in the same park as the art gallery which we had visited on Sunday.

I walked back along the canal in the opposite direction: 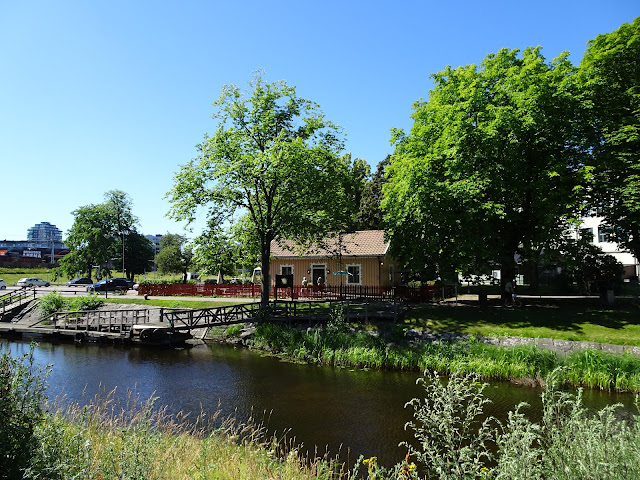 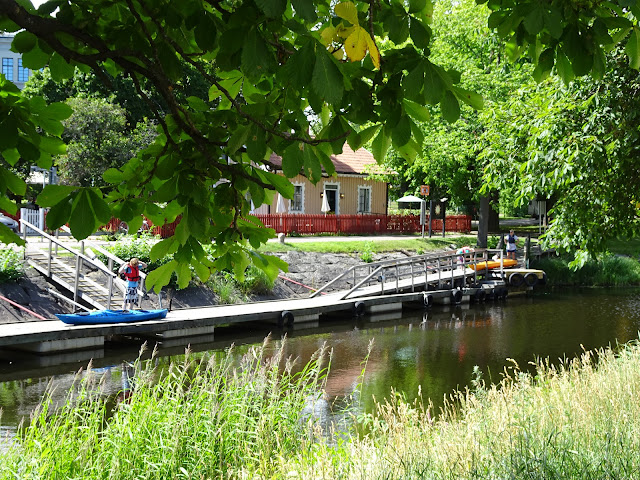 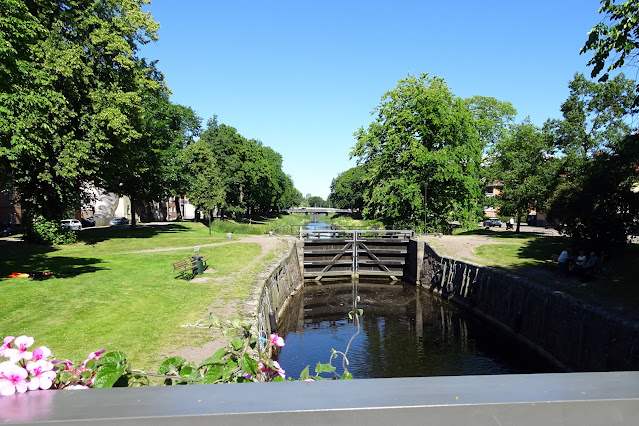 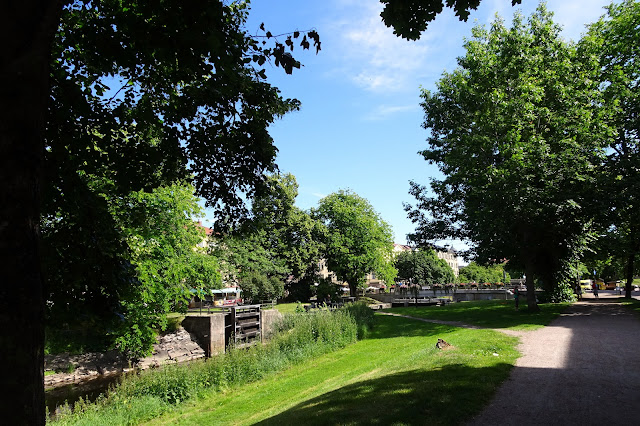 Posted by DawnTreader at 22:20