After what seemed quite a long day (with visiting the cathedral in Linköping in the morning, before checking out from the hotel; and then four stops along the way) we arrived in Karlstad some time in the late afternoon. There we stopped at one of the big shopping centres on the outskirts to buy some groceries, before driving on to where my brother lives - a quiet side-street within walking distance from the city centre. 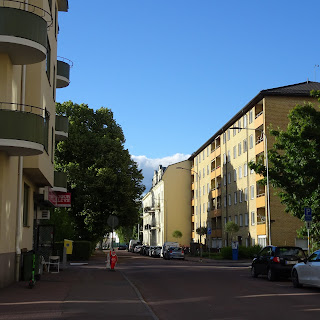 As it was a nice evening, we decided to go for a short walk in that direction a bit later. However, as we approached the City Hotel and main square (a block behind), it became obvious that there was some event with very loud music going on in town, and also lots of people about. 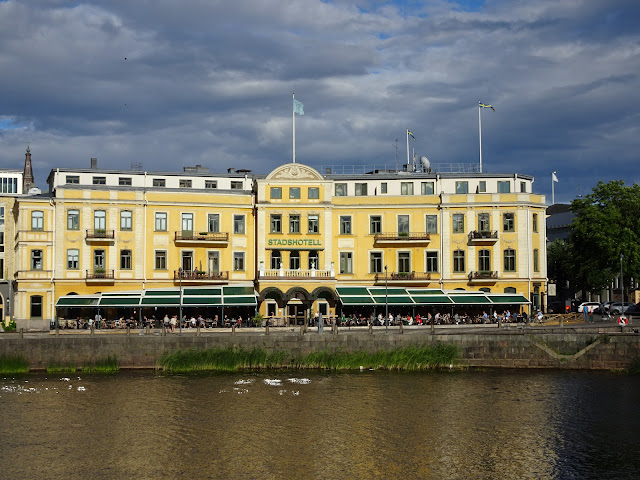 There were also big old cars from the previous century driving around, competing with the background noise from the square. A 'powerful' reminder that I was back in the province of Värmland, where this subculture was and still seems to be more dominant than where I live now... We call them raggare - and conveniently, if you click that link, that will take you to a Wikipedia article in English which explains that phenomenon further. For those of you who just want a short summary, I'll just quote one sentence: "While the raggare movement has its roots in late 1950s youth counterculture, today it is associated mainly with middle-aged men who enjoy meeting and showing off their retro American cars." 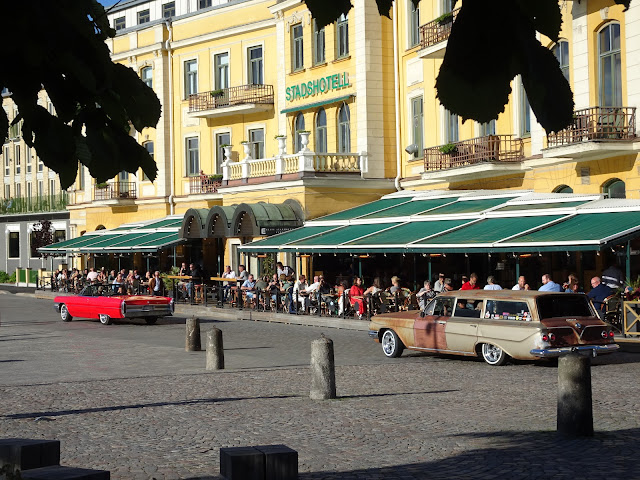 ▲Raggarbilar driving past the tables outside the City Hotel restaurant.▼ 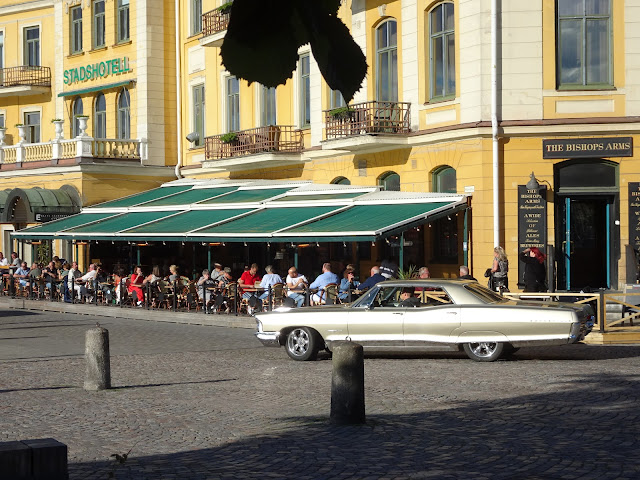 As this was not our idea of relaxation after a long day of driving, we turned around, and steered our walk in the opposite direction instead - along an old street along the river Klarälven, with some nice old wooden houses preserved. Going that way, we soon left the noise of the city behind us. 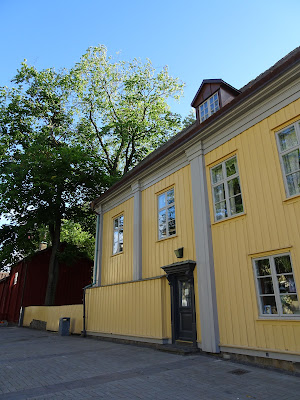 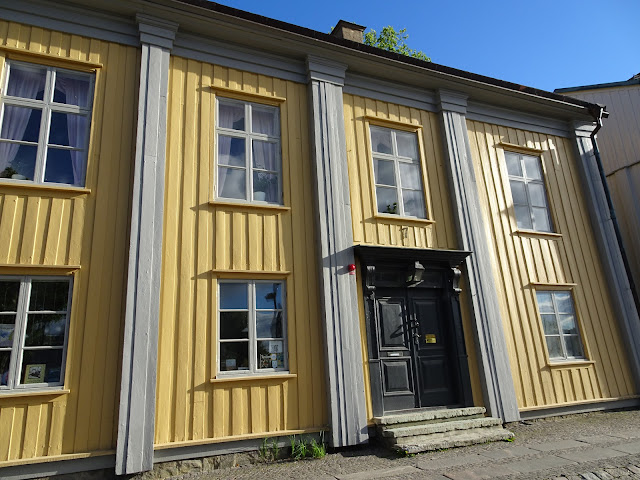 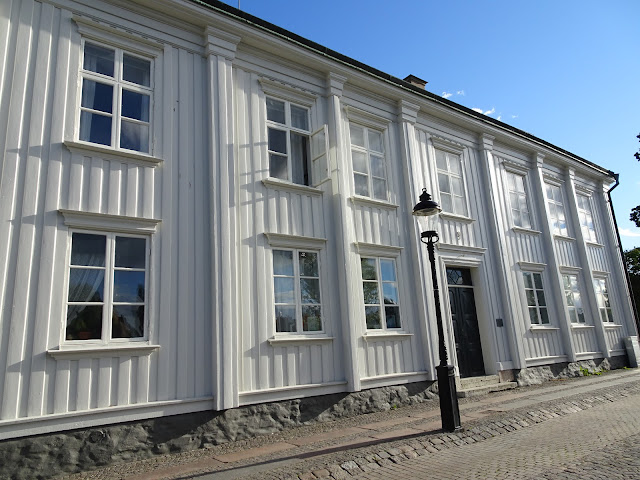 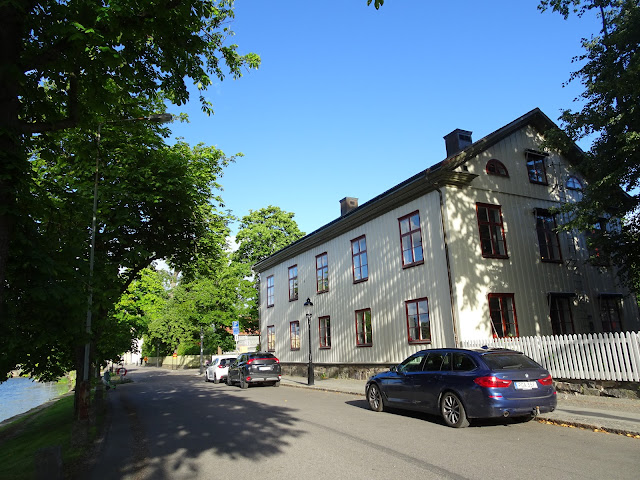 A modern mural had also found its way in among the old houses, though: 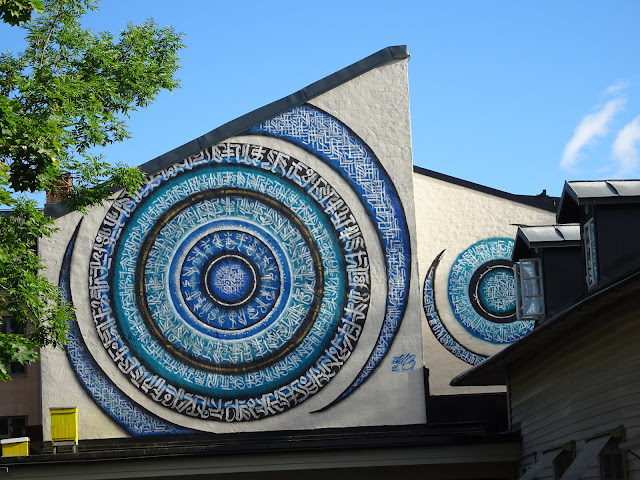 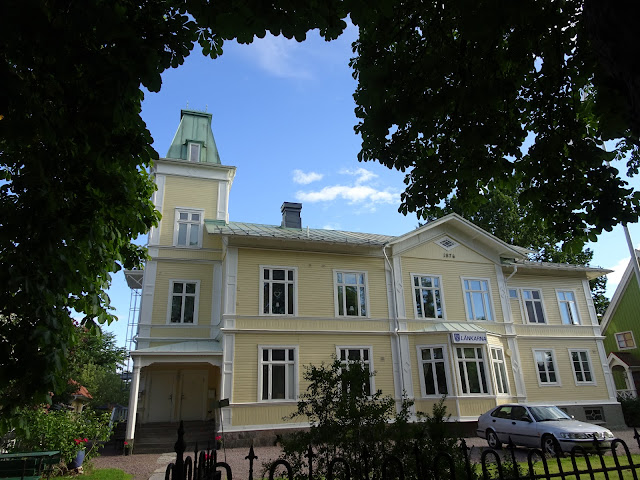 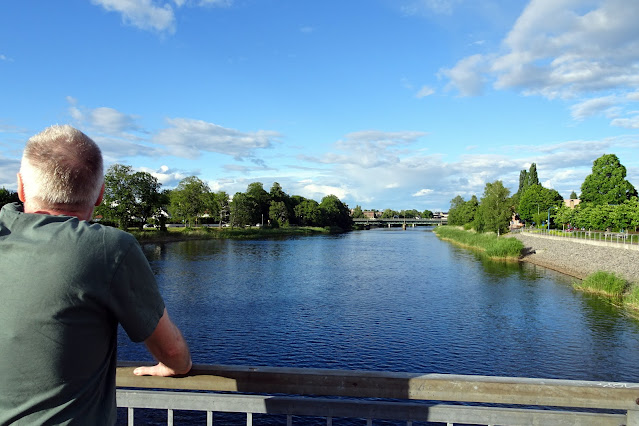 We crossed the river on a bridge quite a bit further on, and walked back on the other side. With Klarälven being a much wider river than the one running through Borås (where I live), the bridges crossing it are also farther apart... Which is something one has to remember to take into consideration when going for a walk! I was really tired when we got back, but I did enjoy the walk, as it brought back a lot of memories. (I lived in K-d myself for ten years back in my youth; but now many years had passed since my last visit. So walking and driving around the city now was a constant mix of old memories and taking in changes!) 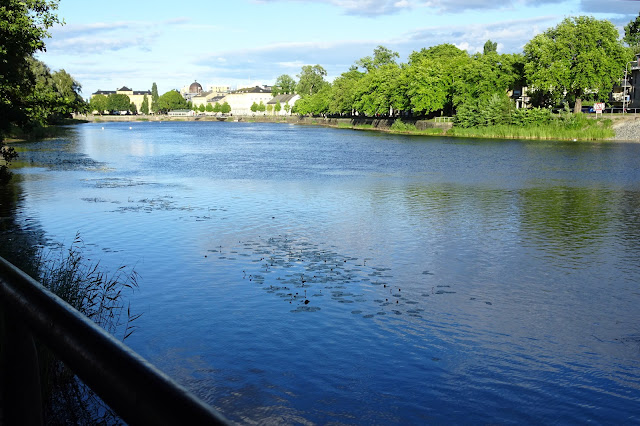 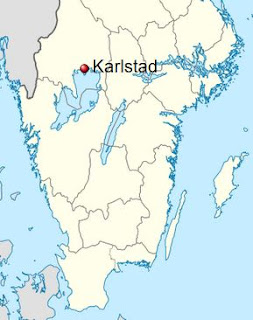 Posted by DawnTreader at 13:04